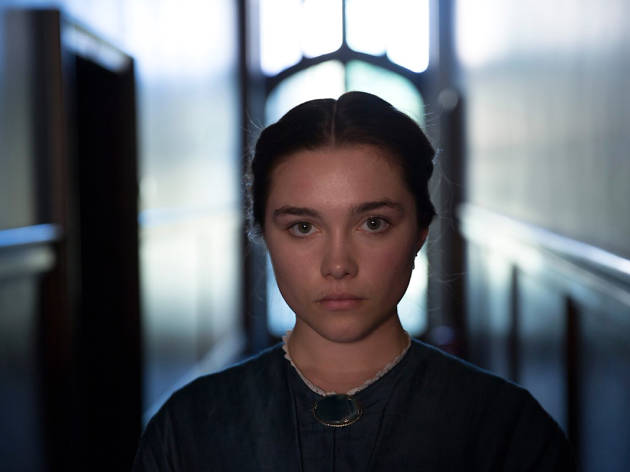 This brilliantly feminist British indie film plunges a cold, sharp knife into the back of bonnet dramas. ‘Lady Macbeth’ is like a Jane Austen story with a dash of sex and murder and a nineteenth-century heroine who might have swallowed the works of Caitlin Moran and Gloria Steinem.

Confusingly, it’s got nothing to do with Shakespeare. The script, by playwright Alice Birch, is adapted from an 1860s Russian novel by Nikolai Leskov, ‘Lady Macbeth of the Mtsensk District’, and it was shot by theatre director William Oldroyd. The pair relocate the book to Victorian England where Florence Pugh (the spit of a young Kate Winslet) plays Katherine, a teenager in northern England whose father has married her off to a rich miner’s son. Humiliatingly, she is part of a two-for-one deal, thrown in with a plot of land. Worse, her husband (Paul Hilton) is a seething mess of pathetic inadequacies.

Newcomer Florence Pugh is like a lightning bolt, totally electric as Katherine, who’s up there with Madame Bovary or Anna Karenina in the literary heroine stakes. She has the innocent face of an angel but she soon begins to live up to her Shakespearean namesake. And like Amma Asante’s ‘Belle’ and Tom Hardy’s ‘Taboo’, ‘Lady Macbeth’ is part of a new generation of British film and TV showing us that Britain’s diversity didn’t begin with the Windrush. The stable boy and Katherine’s maid are both mixed race – which adds another layer of complexity and shows up toxic class divisions. What an extraordinary film.