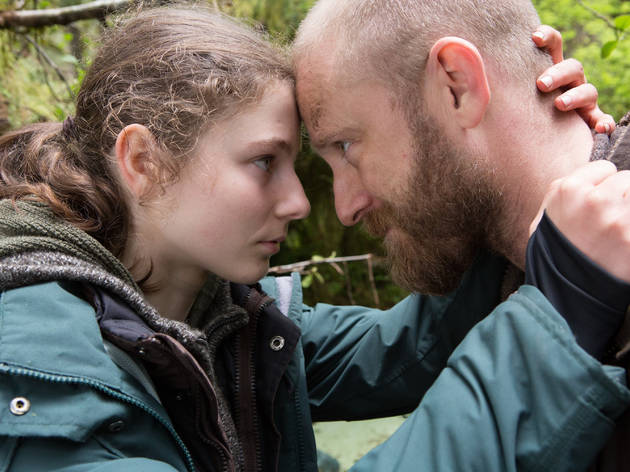 Two people – a man and his teen daughter – adopting a simpler life in the backwoods of America may sound like the beginnings of a Bon Iver concept album, but in the hands of co-writer/director Debra Granik (‘Winter’s Bone’), it forms the crux of a smart, heartfelt examination of outsiderdom in a society that doesn’t just prize conformity, but demands it. For a small story, it tackles some pretty big themes, gauging America’s reactionary social climate through the eyes of father Will (Ben Foster) and his daughter Tom (Thomasin McKenzie), living outdoors in the misty Oregon rainforest.

Like a Ray Mears family outing spun wildly out of control, the pair forage for food, nursing fuel supplies and essentials scrapped together with money Will makes selling painkilling meds to fellow veterans. As the title implies, the duo are ever-wary of betraying their presence to the authorities. It’s a hardscrabble rural existence that’ll be semi-familiar to anyone who’s seen Granik’s Ozarks-set drama ‘Winter’s Bone’, although here there’s an element of choice and, initially, an air of quiet satisfaction at sticking it to The Man. Of course, it doesn’t last: they’re soon sucked back into the system and processed by social workers whose uncomprehending kindnesses only rub salt in the wounds.

Unlike Sean Penn’s ‘Into the Wild’, which also explores the quiet radicalism of disappearing off the grid, there’s no big emotional swells here. ‘Leave No Trace’ is a more hushed, contemplative movie. Granik builds her engaging, sympathetic characters in subtle increments – Will’s military past is revealed through a brief glimpse of an army tattoo, his PTSD uncovered in moments of sudden agitation – and Foster and McKenzie are superb at conveying a trusting relationship that starts to unravel slightly when society’s creature comforts get between them. They may live on the margins but they’re the beating heart of this realist drama about backwoods America.