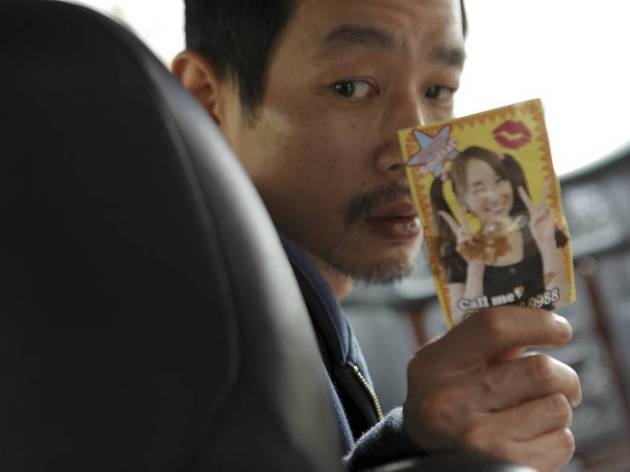 Abbas Kiarostami’s last film ‘Certified Copy’ – perhaps his greatest commercial success, thanks in no small part to the presence of Juliette Binoche – was the first fiction feature he’d made outside his native Iran. ‘Like Someone in Love’, named after an Ella Fitzgerald song that features in the film, is the second.

Shot entirely in Japanese with Japanese actors in Tokyo, the film is eccentric even by Kiarostami’s standards. A brief synopsis of the plot’s premise makes it sound straightforward enough: a young student having trouble with money, exams, a visiting grandmother and a jealous boyfriend, is reluctantly persuaded by the bar owner who acts as her pimp to visit an elderly man of – it’s said – some import. But right from the opening scene, in which it’s impossible for a while to tell who’s speaking (it’s the girl, offscreen), what's evident is that Kiarostami is once again taking an intriguingly oblique approach to his material.

So, things don’t turn out at all as one might expect. For starters, the girl’s ‘client’ is an amiable, almost doddery old academic who doesn’t seem to be remotely interested in sex; and almost everything else in the movie – not only motives but even events and identities – appear slippery and ambiguous. It’s not that the story is hard to follow; it’s just so delicate, almost evanescent, that it’s difficult to get a firm grasp on it.

The ending is particularly surprising, and will leave some mystified, even frustrated by an openness that makes the mysterious final moments of ‘Certified Copy’ feel like proper closure. But the film is consistently engrossing, partly because in terms of its compositions, colours and sound design, it’s so elegant, and partly because one is constantly wondering not only what’s going to happen next but what it’s all about. Just a few ideas as to some of the themes Kiarostami touches on: the relationship between truth and falsehood; how and why people form relationships; what would happen if they made different choices; the pros and cons of youth versus age; the difference between observing and participating; and – in what might be occasional allusions to Ozu, a director Kiarostami admires – the value and dangers of accepting whatever life has to offer.

If the closing moments can be summarised at all (which I seriously doubt), they seem to suggest that simply going along with the idea that everything will work out – que sera, sera – is an inadequate response to life’s chaotic complexity. Even if it’s the only one that makes any real sense.