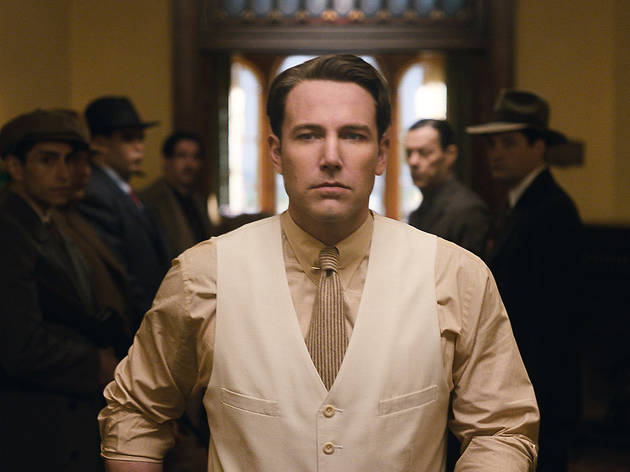 Ben Affleck writes, directs and stars in this attractive but uneven epic story of crime, rivalry, religion and romance in 1920s and '30s Boston and Florida

Before he slipped on the bat mask, the film director side of Ben Affleck suggested a young Clint Eastwood in the making, with films that told wholly American tales of morality and heroism. This ably-executed Prohibition-era drama is his fourth movie, and Affleck picks up where he left off, nodding to the understated power of his 2007 debut ‘Gone Baby Gone’, the nail-biting car chases and shootouts of 2010’s ‘The Town’ and the humour and grandiose Hollywood polish of 2012’s Oscar-winning ‘Argo’.

Adapting a novel by writer Dennis Lehane, a fellow Bostonian, Affleck plays Joe Coughlin, an invincible World War I-veteran-turned-outlaw, son of a high-ranking cop (Brendan Gleeson) and lover of a notorious mobster’s girlfriend (Sienna Miller). Forced to leave Boston once his romance takes a disastrous turn, Joe joins a rival family’s alcohol trade in Tampa. Knee-deep in crime, he falls in love with the sophisticated Graciella (Zoe Saldana) and faces off with a starlet-turned-preacher (Elle Fanning, reliably scene-stealing) and her corrupt cop father (Chris Cooper).

Full of sturdy fedora hats, thick accents and double-crossing mobsters, ‘Live By Night’ is a compelling but strangely mixed bag. We move from the chilly, crime-infested streets of Boston to a swelteringly hot Florida, and both offer up several impressively scaled set pieces. But an overlong set up, with Affleck’s character hopping in and out of prisons and hospitals one too many times, and several false endings, put a mighty dent in this otherwise competent package.

Maybe an episodic structure similar to ‘Boardwalk Empire’ would have served this sprawling story better. Still, there’s a lot of cinema to admire here. And being reminded of the directorial talents of Affleck – undeniably a more accomplished filmmaker than actor – is no minor event.