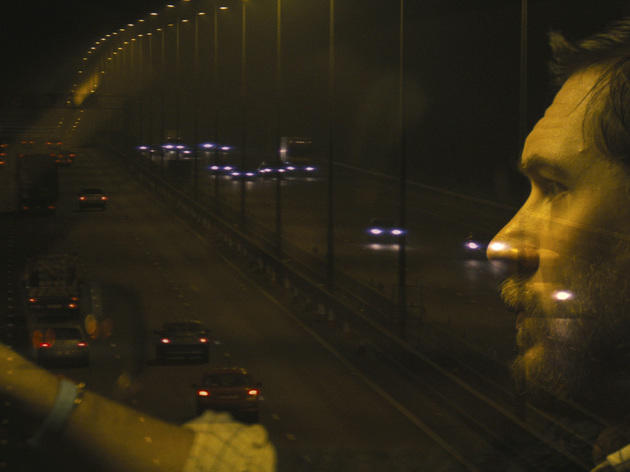 British screenwriter Steven Knight has always shown a keen eye for real life, with his London-set scripts for ‘Dirty Pretty Things’ and ‘Eastern Promises’. But he’s often tended to lay on the plot a bit thick – not least in his recent debut as a director, 2013’s ‘Hummingbird’, which gave us Jason Statham as a homeless vigilante on the rampage in Soho. It was hardly Ken Loach.

But with ‘Locke’, his second feature, Knight delivers a story that could hardly be more taut. For its entire running time the only character on screen is Ivan Locke (Tom Hardy), a Welsh building-site manager driving across England in an attempt to juggle several fragile pieces of his work and home lives.

Both are on the verge of collapse: an unexpected, seriously complicated engagement elsewhere means that Locke has to abandon his wife and two kids for the night. It also means he’ll miss a crucial early-morning appointment with 218 lorries of wet concrete.

Like an unflappable switchboard operator on duty during a corporate meltdown, Locke fields countless conversations on his hands-free mobile as he tears down the M6 in the dark. When his phone’s not ringing, he talks to his dead dad, whom he imagines to be sitting on the back seat of his BMW. Suddenly the foundations of an unexceptional middle-class, middle-aged life feel very shaky indeed.

As a director, Knight makes much of this confined space, keeping close to Locke’s face but also making great use of the reflections of car headlights and streetlamps on the car’s windows and shiny sides. It’s a brilliant performance from Hardy, who delivers an impeccable, oddly comforting Welsh accent and feigns calm and control while always making clear that, inside, his character is falling apart. The result is a masterclass in how the most local and hemmed-in stories can reverberate with the power of big, universal themes. Tense and troubling.