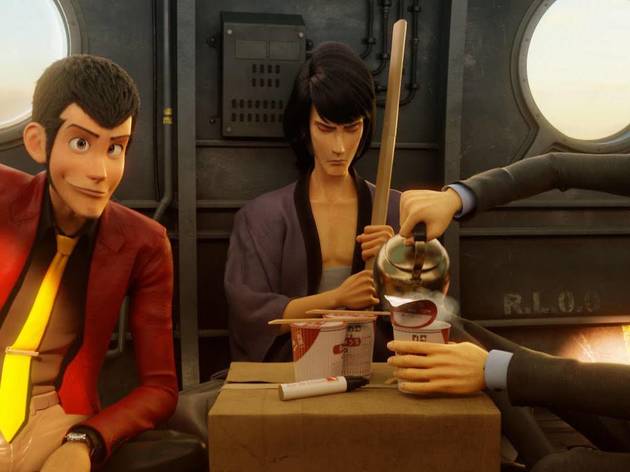 French author Maurice Leblanc’s literary legend Arsène Lupin is experiencing a pop culture resurgence, thanks to a Netflix series, Lupin, inspired by the classic tales of the gentleman thief. But one of the longest running adaptations is a Japanese creation, depicting the adventures of Lupin III (the thief’s grandson) via comics, movies and numerous anime series.

The confusingly-titled Lupin III: The First is the latest instalment in a franchise now more than 50 years old, marking the first time the character and his comrades have been brought to life with photo-realistic CGI in a full-length film. Thankfully, the technology has come a long way since 2001, when Final Fantasy: The Spirits Within plunged headlong into the uncanny valley. The First manages to combine the kinetic movement and stylistic flourishes of hand-drawn anime with gorgeously rendered environments.

Set in the ’60s, it finds the goofy-yet-suave Lupin III trying to steal a booby-trapped diary, which holds a secret coveted by a group of surviving Nazis. He quickly teams up with an amateur archaeologist named Laetitia and brings his cast of friends – including a sword-swinging samurai and a double-crossing femme fatale – along on a globe-trotting adventure to try and solve the mystery of the diary, unlock its power and fight a few Nazis.

Director Takashi Yamazaki, who also helmed a CGI Dragon Quest movie, translates the cast of the Lupin III universe into three dimensions with ease, all while maintaining the familiar visual language of anime. The First takes place in a realistic world imbued with cartoon physics, where cars get sliced in half by swords and characters can leap effortlessly between buildings. It’s also a realm in which the virtual camera can become untethered from reality, floating above the Parisian skyline or flipping through a corridor criss-crossed with deadly lasers – all reminiscent of Spielberg’s creative manipulation of the lens in The Adventures of Tintin.

It’s enough to excuse The First’s predictable narrative, even when wordy exposition grinds the frantic action to a halt. It’s clear that this movie is meant to act as a jumping-on point for newcomers to the franchise, offering an approachable Indiana Jones-style yarn with just enough fan service for Lupin III devotees. And at a time when films with eye-catching set pieces are struck in a holding pattern until cinemas reopen, Lupin III: The First’s throwback spectacle is ready to steal your attention for ninety minutes.

Available on VOD and Blu-ray in the US now. UK release date TBC.