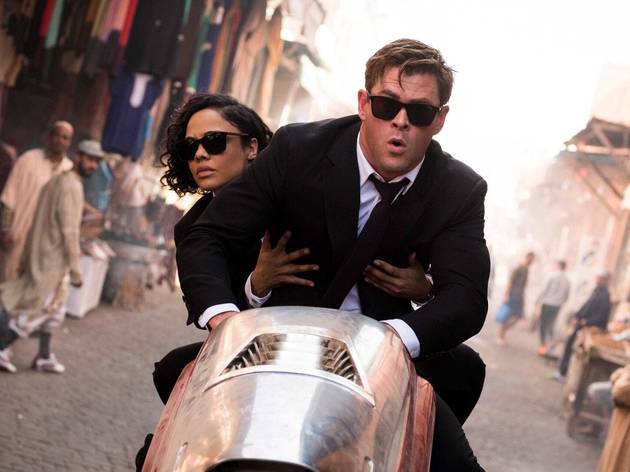 The suits are still sharp but that's about it, in an unnecessary update to a concept that feels trapped in '90s amber.

Nobody wanted this one: a reboot of a series that now feels redundant with every galaxy-guarding wisecrack coming from the theater next door. But how fun was it back in 1997, when CGI-heavy sci-fi first collided with salt-and-pepper buddy comedy? After three films, Will Smith and Tommy Lee Jones are now AWOL – probably wisely on their part – leaving the dark suits and memory-wiping neuralysers to Tessa Thompson and Chris Hemsworth, who may bring to mind their superior ‘Thor: Ragnarok’. They have little to do in a film that’s both whirlingly busy and stubbornly listless and uninspired. It won’t exactly make you hate movies, full stop, but ‘Men in Black: International’ imposes such a generic dullness, it will have you seriously examining your entertainment choices.

For a character that’s meant to be born and raised in Brooklyn, Thompson’s Molly, an often naive trainee agent, represents a missed opportunity for toughness – or at least the endearing street smarts this series used to supply on the regular. Meanwhile, if you ever wondered when Hemsworth surfer-bro charm would curdle into swagger, it’s now: As Molly’s new partner, Agent K, Hemsworth is almost surprisingly unfunny. When, only 15 minutes in, you’re hearing boss Emma Thompson complain about their secret organisation’s gendered name (‘I’ve had the conversation,’ she fumes), you have no idea you’re experiencing the film’s only funny line. She dispatches the duo to find some wayward aliens while a mystery mole undermines the ‘Men in Black’ from within. What is this, a John Le Carré novel? It’s way too much plot for a project that should have been lighter.

While it’s probably a mistake to credit the original trilogy’s director, Barry Sonnenfeld, with its overall success – those scripts were here and there – at least he brought a cinematographer’s eye to the proceedings. (Sonnenfeld shot the Coens’ dazzling ‘Raising Arizona’ and ‘Miller’s Crossing’, among other biggies.) ‘International’ brings on journeyman director F Gary Gray (‘The Fate of the Furious’), who has so little style of his own, he may as well be making a car commercial. A narcotising movie filled with endless anti-banter (come on, Kumail Nanjiani, you’re better than alien comic relief), it works only as a safe space away from the rain.