A savage yet evolved slice of Swedish folk horror, Ari Aster's hallucinatory follow-up to ‘Hereditary’ proves him a scare master with no peer.

Unusually for a horror director, Ari Aster knows the real world is awful enough. Life doles out plenty of pain. ‘Hereditary’, his 2018 feature debut and one of the scariest movies in a decade, basically went: My grief over a family tragedy is so unbearable, it must be caused by witches. (When that turned out to be the case, you weren’t shocked so much as relieved.) ‘Midsommar’, Aster’s ruinous, near-psychedelic latest, goes something like this: My grief over a family tragedy is so unbearable, it’ll make me cling to a bad boyfriend. If that doesn’t sound like horror to you, allow me to introduce you to many toxic relationships. And if you’re still unconvinced, Aster will hit you over the head with a giant hammer wielded by Swedish pagan cultists.

Horror is what happens to people who are already emptied out and vulnerable. It’s an insight that has already yielded Aster two world-class performances, first from ‘Hereditary’s Toni Collette as a ragged, raging mother at sanity’s end, and now from ‘Midsommar’s apple-cheeked Florence Pugh as Dani, an Ativan-popping grad student trembling with concern for her suicidal sister. Pugh is exquisitely neurotic in these early scenes – she’s such a handful that when the movie cuts away to her frustrated boyfriend, Christian (Jack Reynor, deft in a tricky part) and his laddish mates, all of them seething in unison at her constant imposition, you almost feel sorry for them.

But then comes the wail from deep inside Christian’s phone, raw and shredded, and you know that something infinitely worse than Dani could have imagined has happened. Aster pulls off his reveals like nightmares, floating down hallways with Kubrickian dread, but ‘Midsommar’ shows him expanding into nauseating sound design as well. (There’s a buzzing, smeary string score by Bobby Krlic, better known as ambient musician The Haxan Cloak.) Months later, Dani is still lost in a dulled-out haze, so she invites herself along on Christian’s Swedish escape, along with the bros. These are anthropology students, so there’s a hint of high-mindedness to the journey, but they’re mainly there to trip balls, guests of their amiable friend Pelle (Vilhelm Blomgren), who wants to introduce them to his hippyish commune: ‘It’s like theater,’ he says.

This Swedish section is ‘Midsommar’s most elegantly unnerving delight. Before you congratulate yourself on your awareness of folk-horror landmark ‘The Wicker Man’ (the original, not the unhinged Nicolas Cage remake or Radiohead’s ‘Burn the Witch’ video), know that you haven’t yet seen Aster’s hypnotic choreography, with its coordinated flocks of white-clad Swedish youth, happy farm animals and – what’s that weird yellow pyramid with the door in it? – pure natural bliss. In this slightly wrong fantasy world (only slightly), you never imagine that stiff-backed Dani will finally relax and let go of her ache; that’s not going to happen. Rather, we’re praying that she’ll be the only one wary enough to save her friends before they become baked goods.

Or maybe that’s not what Dani has in mind. Had Aster been content with making an expert piece of daylit terror, blanketed in Sweden’s constant ‘midnight sun’ (here, it’s suffocating), he could have done so. That’s how obvious his command is, balancing explosive corporeal punishment – and one bizarrely unforgettable sex scene – with eerie lulls. But, rather touchingly, he can’t let go of Dani’s pain. He gives it a final manifestation that makes ‘Midsommar’ a stealth revision of so many unforgettable horror scream queens, maybe even a feminist one. When we first meet Dani, she seems to exist, uneasily, under a wall poster of a girl chatting with a bear. There are real bears in the movie too, but they don’t know yet that she is their queen. And she’s coming. 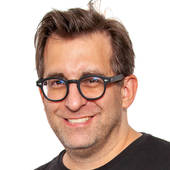