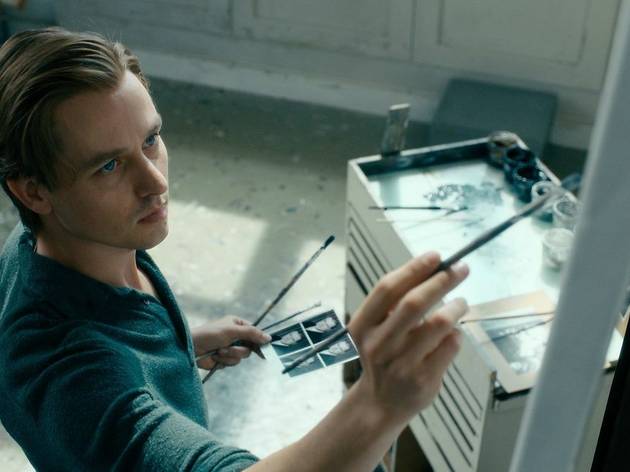 A rising German painter finds his calling in a sumptuous period epic that's too polished for its own good.

Not to be excessively literal about that title, but when a movie – even one about Hitler Youth – is as saturated with visual gorgeousness as ‘Never Look Away’ (the Oscar-nominated cinematography is by ‘The Natural’s Caleb Deschanel), you can’t look away. That’s not exactly meant as an endorsement. German director Florian Henckel von Donnersmarck, maker of the slick 2006 spy drama ‘The Lives of Others’, loves seizing upon provocative ideas, and he’s not afraid to flaunt a little showmanship – or a lot of it. That means beautiful actors, hot sex scenes and, it must be said, a nagging sense of vacancy.

‘Never Look Away’ comes from the biographical details of the photorealistic painter Gerhard Richter, specifically during his maturing years in various art schools in East and West Germany. (These institutions are presented a touch comically, as places for poseurs.) Playing the film’s hero, Kurt, actor Tom Schilling has the magnetism of a young truth searcher: he’s angular, he broods and he looks like a piece of sculpture himself. In a larger sense, the film is about the postwar generation of Germans desperate for a new direction, and when Henckel von Donnersmarck focuses on the artmaking, especially Richter’s hypnotic blurring technique, it’s powerful – a persuasive statement about the transformative power of representation. There’s politics and confrontation in Kurt’s work, and the film helps you understand that.

Too often, though, ‘Never Look Away’ plays like overheated melodrama, especially during subplots involving Kurt’s lover, Ellie (Paula Beer), and her forbidding father, Carl (Sebastian Koch), a professor, gynecologist and all-around unpleasant guy. (Calling the film ‘My Dad Was a Nazi Abortionist’ wouldn't have been offbase.) The youthful forward momentum of Kurt and Ellie’s blooming relationship goes a long way to steer things back on track – even if three hours is a bit much of it – and the plot climaxes with a fascinating professional breakthrough, suffused with accusatory defiance and personal implosion. Those emotions, while skillfully evinced, are too delicate for a subject that should always be served raw.