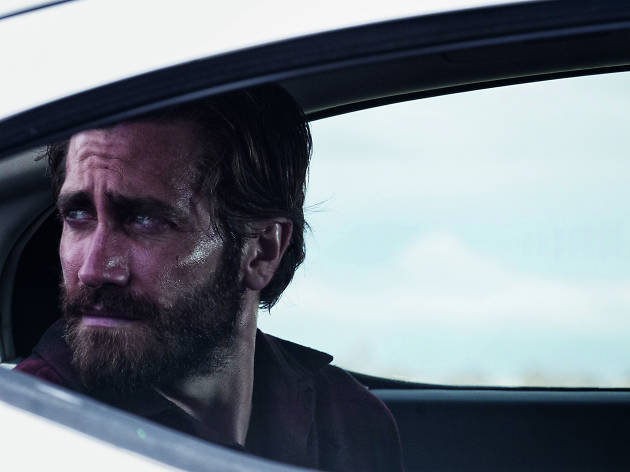 A novelist gets his own back on his ex-wife in the way he knows best - via fiction - in Tom Ford's high-gloss psychological thriller set in the uber-rich LA art world. It's the fashion designer's second movie after his 2009 debut 'A Single Man', and this is a far more ambitious film, with its sprawling cast, various periods, layered storytelling and musings on life and art. But it's also far less endearing and coherent, and feels almost unbearably cruel and cynical.

Susan (Amy Adams) is a successful gallery manager who's no longer passionate about her work, living out a loveless marriage to Walker (Armie Hammer) in a stark modernist palace. She receives a novel called 'Nocturnal Animals' from her ex-husband, Edward (Jake Gyllenhaal). As she reads the book we see it play out, alongside scenes of Susan and Edward's life together, back when he was an aspiring writer. In the novel's story, Gyllenhaal plays Tony, a man on a road trip in Texas with his wife (Isla Fisher) and teen daughter (Ellie Bamber). They're attacked at night by three men, provoking the film's most confident sequence as Tony has to face up to what this tragic event says about his own masculinity and power.

'Nocturnal Animals' is blessed by remarkable photography by Seamus McGarvey ('Atonement'), who does exquisite work with barren rural vistas and soulless cityscapes. But Ford's script, adapted from the Austin Wright novel 'Tony and Susan', fails to get to grips with the psychological complexities suggested by the story, swerving oddly in its focus and tone. It leaves Susan behind for long stretches, while the Cormac McCarthy-esque story-within-a-story plays out without pushing deeply enough into Edward's motivations as an author or Susan's responses as a reader. Surely this section should feel like more of a Hitchcockian dream than it does? Certainly, Gyllenhaal looks adrift as the fictional Tony, resorting far too often to hysterics.

A stream of grotesque or slyly comic side players (including a welcome Michael Shannon as a coughing cop) offer distractions from the film's emotional core. Most poorly served is Susan, ostensibly the film's chief interest but ultimately the chief victim of its hollow claim that those who don't indulge or adore artists are somehow superficial and undeserving of compassion. Adams is certainly a haunting presence, and it's hard to fault her work. But it's tough to play a fully human character when the film viciously accuses that same character of being dead behind the eyes. For 'Nocturnal Animals', it's a criticism that's very close to home.