One Man and His Shoes 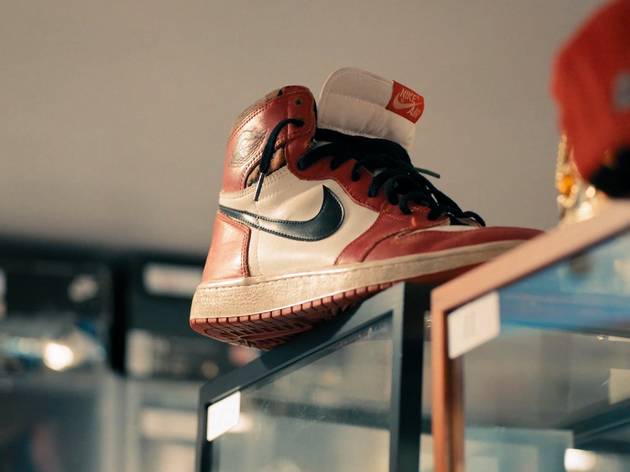 He soars. He appears to hover mid-flight. And, swoosh: basket. Again. We’ve all marvelled at the remarkable, almost balletic play of Michael Jordan. Such were his superhuman prowess, even nearly four decades after he came on the NBA scene, we still wonder: just how did he do it?

Nike always said it was the shoes. It would. It signed Jordan as a college player in 1984 and, with the signature Air Jordans, together they hit on a marketing slam dunk that reaps ridiculous profits to this day. The very watchable but occasionally long-winded One Man and His Shoes starts as a celebratory account of this at-first unlikely collaboration then, in a startling volte face, reveals a much darker side to the success story.

Throughout the ’80s and ’90s, you’d be hard-pressed to find an American teenager who didn’t want to ‘be like Mike’. These sneakers shifted that far-fetched dream into the realm of remote possibility – or so the early Spike Lee-directed promos, starring the Mars Blackmon character from She’s Gotta Have It, had it. Jordan the player became synonymous with Jordan the brand became synonymous with Jordan the shoe. And yet, though the roundtable of journalists, academics and former Nike execs who appear in this stylishly-edited doc agree that the Air Jordans were marketed ingeniously, there was also a heck of a lot of luck involved.

In the ad world, it may have been revolutionary having a young Black man sell sneakers to white America. But it helped, of course, that Jordan would later gain a reputation as basketball’s greatest ever player, and that he was wildly photogenic. And that the NBA initially banned the shoes on account of their outlandish colour scheme. And, significantly, that Jordan rarely spoke up about civil rights, unpalatable to many.

The film’s about-turn takes you by complete surprise, and could have done with some preamble. Ever since they first hit the shelves, a combination of high prices, low supply and a target market of poor, underserved communities has fuelled violence and several murders of young men across America. Most poignantly here, the mother of 22-year-old Joshua Woods, who was murdered for a pair of new Jordans in 2012, revisits the scene of his death. These sorts of crimes, the documentary admits, have been taking place since the mid-’80s. So why didn’t it mention them earlier?

Nike representatives didn’t attend the trial of Woods’s killers, and neither the company nor Jordan agreed to be interviewed for the film. One Man and His Shoes subtly yet powerfully argues that they have a responsibility to rethink their campaigns and product releases in a way that can help curb the violence. That ‘one man’ in the title isn’t just Michael Jordan. It’s the many other young men who’ve bought into his myth – and died for a pair of his shoes.

Available on VOD in the UK now.