One More Time With Feeling 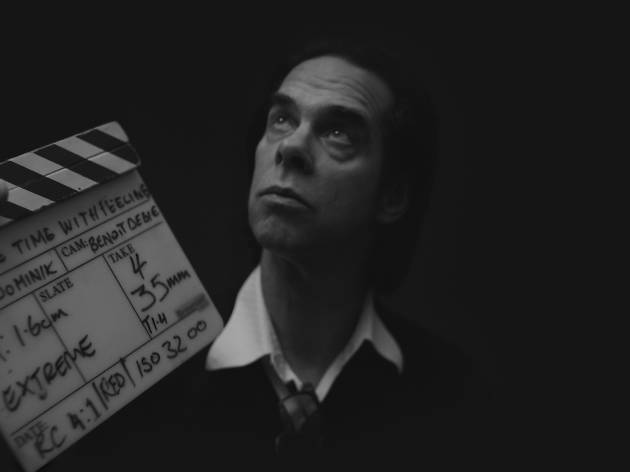 A haunting, impossibly sad film documenting Nick Cave & The Bad Seeds in the studio – filmed after the tragic death of Cave's teenage son

Nick Cave invited the ‘Chopper’ filmmaker Andrew Dominik, a friend and fellow Australian, to direct this black-and-white 3D documentary about the making of his band’s new album, ‘Skeleton Tree’. It’s partly an artful and tenderly crafted showcase for the new music as we watch the Bad Seeds perform seven songs in a studio. But it’s really about something much bigger – something much more difficult, dark and unknowable.

Cave wrote the songs on the album in the wake of the death in July 2015 of his 15-year-old son Arthur, who fell from a cliff in a tragic accident near the family’s Brighton home. The film is dedicated to Arthur, and Cave and his wife, Susie Bick, discuss how their lives and work continue to be changed beyond comprehension by the tragedy. ‘It’s affected me in ways I don’t understand,’ says Cave, still raw with grief. ‘You have to renegotiate your position in the world.’

It’s a deeply personal film, uncomfortable to watch at times. Dominik makes the wise decision to embrace how impossible it is to get to grips fully with someone else’s painful inner life. He does this largely by putting a ‘making of’ feel front and centre, so that everything here feels fleeting, not written in stone. He opens with Cave’s friend and longtime collaborator Warren Ellis talking about Cave’s grief, before there’s a technical issue and the camera cuts out (we then listen to audio of Ellis berating himself for talking about this stuff). One of the interviews with Cave – the one in which he talks most explicitly about loss – was clearly conducted when much of the film was complete since he’s already musing on what the film says and why he’s making it in the first place. This layering is one of the film’s great strengths. It gives a very moving sense of there being an infinite number of versions of the same film. It feels very honest.

The music, of course, is also the film’s subject, and we listen to a series of melancholy, moving songs, each of them served excellently by Dominik’s inventive, moody, sometimes playful photography. But it’s the conversation that hits home. Cave speaks tenderly about his wife and his awe of her and women in general (women he tells us are 3D; men are just 2D). He talks of ageing, of the kindness of strangers, of the ‘greeting card platitudes’ that can come with trying to make sense of loss. A sense of quiet solidarity pervades the film: ‘What would I do without Warren?’ Cave asks as Ellis rallies the musicians in the studio. ‘Look at him holding everything together.’ You know he’s not just talking about studio orchestration. What Dominik gives us is a portrait of an artist and a man and a family at a low. He doesn’t try to understand, but he does find some beauty and truth among the chaos and despair.