Scary Stories to Tell in the Dark 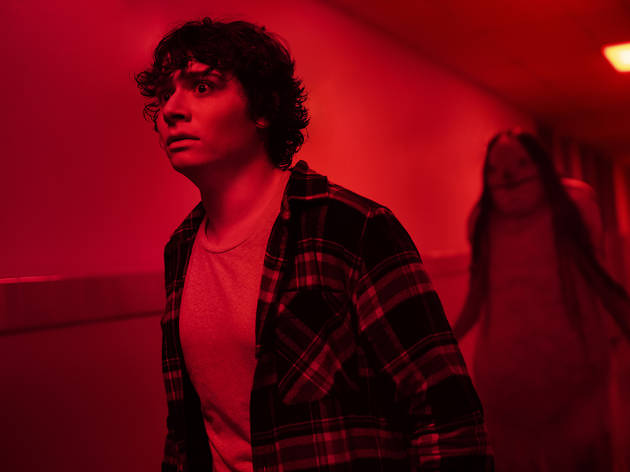 The YA favourite becomes an unusually thoughtful (if not quite terrifying) entry in today's wave of kid-centric retro horror.

The most thrilling idea – thrilling in a good way – of ‘Scary Stories to Tell in the Dark’ comes in its first few minutes, when we’re introduced to Stella (Zoe Colletti), an introverted 1968 Pennsylvania teen who’s obsessed with horror: watching it, reading it, even conceiving it. (She’s got a typewriter and a love of ‘Night of the Living Dead’ to prove it.) The notion that horror could be a conduit for creativity and healthy individuation is the same one that attended the release of Alvin Schwartz’s darkly clever ’80s and ’90s children’s books of illustrated short stories, on which the film is based. At the time, Schwartz was attacked by cultural watchdogs, but he’s no doubt having a raspy posthumous chuckle at the long shadow of his influence.

Drawn from several of his tales, this decent-ish movie adaptation, about a gang of kids chasing down smalltown terrors that are both supernatural and laddish, clings to our cultural moment of ‘Stranger Things’ and ‘It’. Still, the film emits its own frequency, one that might be especially audible to thoughtful young viewers. ‘Scary Stories to Tell in the Dark’ has the fingerprints of ‘The Shape of Water’s’ Guillermo del Toro all over it (he co-wrote the script and produced), from his celebrated penchant for expressive creature design, to some strenuous political signposting.

Yet there’s a sincere fondness for the power of imagination, one that makes the film more than a nostalgia delivery device. If only it were scarier. Two scenes have a genuine ick factor – a zit explodes and a swarm of spiders comes out; elsewhere, a severed toe is found too late in a bowl of hearty soup. But what’s left is often filmed in a dim, bluish darkness that ages the fear into something cobwebby and dull. ‘Stories heal, stories hurt’ we hear in voiceover, and while any horror film would unavoidably literalise such a claim, this one can’t hold a candle to the power of the page, as read by a thirsty, ghoulish mind.