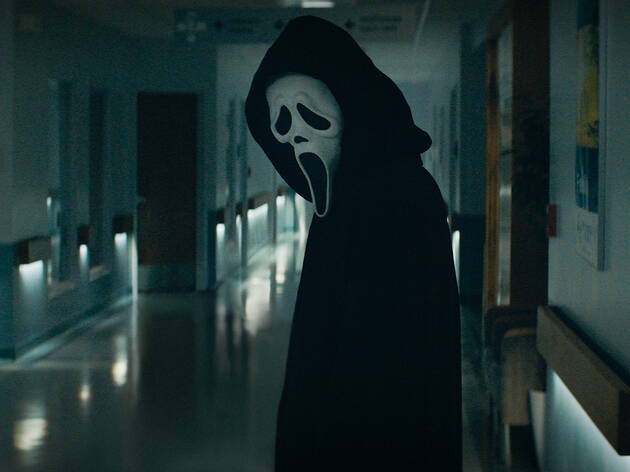 This new Scream is sharp, sassy and shocking in the best traditions of the franchise

Unlike Ghostface, the Scream movies could never fairly be accused of phoning it in. Even as the series started to gasp after the first two genre-redefining instalments, there was still an effort to keep coming up with new ways to twist the rules of horror. The problem Scream 3 and 4 had was that they ran out of rules. They tried hard to convince us there was a template to trilogies and reboots, but they had to invent clichés to upend them.

It all became strained and lost the mix of fun and terror that made the early films so successful. This reboot/sequel/’requel’ reinvigorates the series by conjuring an inspired new angle and using it to comment on the state of horror in the same way the original did.

This time it’s all about the fans: the best friend and worst enemy of movie franchises. Dedicated fans can keep a series going long after most people have lost interest. They’re pandered to with ‘legacy sequels’, like The Force Awakens, Ghostbusters and, well, this, which give them the nostalgia hit of seeing old characters again, while trying to tempt them with new ones. They treat their favourite movies like religion. But displease the fandom, take a direction they disagree with, and you face their wrath. In Woodsboro, it seems someone is unhappy with how Ghostface’s legacy has been sullied with lame copycats, so they’re killing relatives of the original Scream victims in an attempt to reboot the story.

This time it’s all about the fans: the best friend and worst enemy of movie franchises

It’s a really fun idea that gives writers James Vanderbilt and Guy Busick the chance to make sly digs at toxic fandom and play with what makes a good Scream movie in 2022. Do fans want something completely unexpected or simply a retread of the greatest hits? Do the rules of 1996 still apply now, 26 years after Scream rewrote them? Of course, it also allows them to do a lot of fan service and attempt to reboot the series with new characters. Scream’s greatest joke was always to shamelessly follow all the clichés it was mocking.

The new characters are a mix of likeable, if not as immediately charismatic as the original brood, and can’t-die-soon-enough. As Sam, the new lead, Melissa Barrera brings an interesting contrast to Sidney (Neve Campbell), the original Scream Queen. She’s not a naive teen. She has a dark history and a slippery hold on reality, traits more typical of a sequel villain, not hero. If she sticks around she could take the series in a more psychological horror direction. She’s strong, but still fades to secondary when the originals show up.

There’s a simple nostalgia hit in seeing Campbell, David Arquette and Courtney Cox back as Sidney, Dewey and Gale, but there’s also a light chill in seeing them through the eyes of new characters. Twenty-five years of being hunted has made them cold to death. Sidney, now a happily married mother, treats dispatching Ghostface like a chore to tick off her to-do list. She kills with the same ease as her tormentors. New directors Matt Bettinelli-Olpin and Tyler Gillett (Ready Or Not), taking over from the late Wes Craven, also seem aware their audience might be as desensitised to murder as Sid. They mean to wake us up.

Inventive and full of affection for the originals, this is easily the most fun the series has been since Scream 2

They do a fine job of staying consistent with Craven’s tone but establishing a mood of their own. They’ve brought back the tension of Craven’s first two films, teasing out their kills and twisting audience expectations. One excellent sequence has an oblivious character simply repeatedly opening and closing doors. We know the killer has to be behind one, because they always are, but the victim doesn’t. The building tension as each door closes induces pained squeals and giggles, as the best Scream sequences always did. Their take, though, is bloodier and more brutal.

Craven, except when doing his version of crass modern gore in Scream 4, wasn’t especially grisly. He shocked rather than repulsed. Bettinelli-Olpin and Gillett make death cruel and horrible. Wounds glub out thick arterial blood. Bones are broken. One character is stabbed slowly through the neck until the blade pops out the other side. It serves to jolt you into remembering what Ghostface is: not an impish boogeyman in the dark but an avatar for people who kill for fun.

Inventive, incisive and full of affection for the originals, this is easily the most fun the series has been since Scream 2. A horror franchise is only ever as good as its last instalment, and on the basis of this movie Scream hasn’t breathed its last just yet.