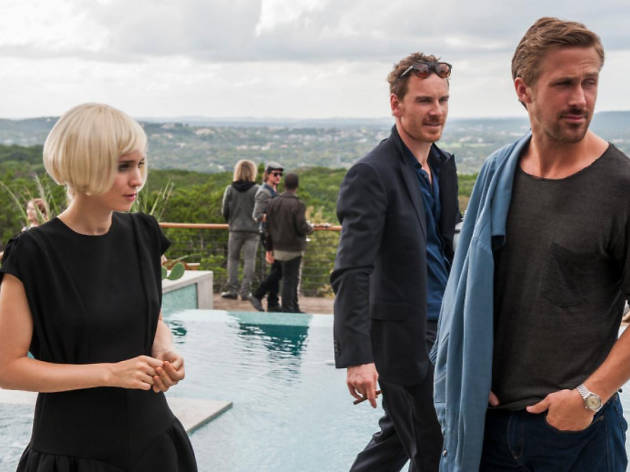 The world’s most impossibly gorgeous actors lounge through exclusive parts of Austin, Texas in ‘Song to Song’, a movie so deeply in need of a plot, a clue, anything at all, that you’ll wish director Terrence Malick was a bit more of a recluse. He’s gone from making masterpieces at his own pace (‘Badlands’, ‘Days of Heaven’, ‘The Thin Red Line’), to making six features in the last six years. The sped-up pace hasn’t been good for him. A swirly-twirly sameness has taken over Malick’s flow; his movies aren’t supposed to feel like fashion shoots but they do, even as hushed narrators speak about their aching souls and lost loves.

‘Song to Song’ is, by far, the worst of his recent efforts, for the acting talent it squanders and the two-hour-plus running time it wastes. Rooney Mara, though captivating in ‘Carol’ and elsewhere, feels too removed and random here as Faye, a Mona Lisa-inscrutable rock guitarist who attracts both Cook (Michael Fassbender), a wealthy music manager, and rising songwriter BV (Ryan Gosling). ‘I went through a period when sex had to be violent,’ Faye confesses at first, but Malick is way too timid to give us that kind of love triangle experience. Instead, he brings on the beach strolls, the private jets, the backstage passes, the Mexican vacations, and a sexually toyed-with diner waitress (Natalie Portman) and a lesbian lust object (Bérénice Marlohe).

You begin to thirst for humorous details, for anything to shake the movie out of its prettified stare. And they come – infrequently – via the on-location shooting that turns Austin into a bustling real-life backdrop. Val Kilmer, of all people, chainsaws an amplifier; Patti Smith and Sex Pistol John Lydon, both soulful and a little confused, make curious cameos as themselves. None of this is enough for a compelling drama, and it’s time to stop praising Malick’s go-to cinematographer Emmanuel Lubezki for coating everything in his floating widescreen lushness. Only Cate Blanchett, as a brittle, nervous date, has the smarts to link the improvisatory free-for-all to something amusing and more tangible. She should have tried her hand at the script, too.