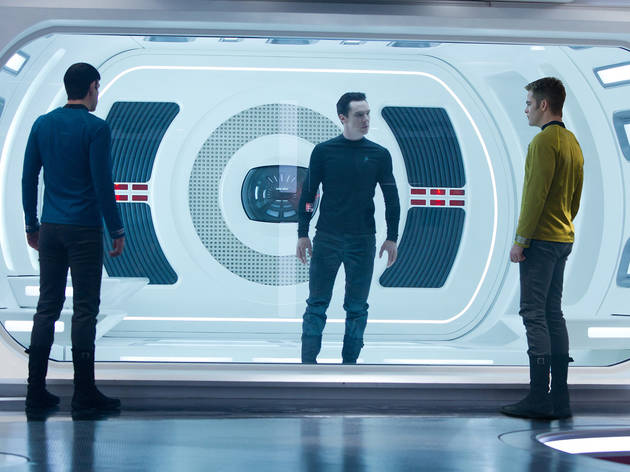 ‘Star Trek Into Darkness’ is a brisk, no-nonsense sci-fi action sequel built around a conflict between the crew of the Starship Enterprise with a slick, slippery new villain, John Harrison (although there’s more to him than meets the eye), who’s played with relish and poise by Benedict Cumberbatch.

Director JJ Abrams – recently anointed the new keeper of the ‘Star Wars’ flame – revived the ‘Star Trek’ franchise back in 2009 by taking it back in time (in Trekkie terms, that is; it’s still the future for us), pumping it with wit and style and giving life to younger versions of Captain Kirk, Spock, Scotty and the rest of that space geek’s dream team. Here, the main focus is internal strife, rather than structural revolution, as Kirk and Spock get catty with each other and Harrison emerges as a disgruntled insider bent on initiating spectacles of domestic terrorism. The result is a stop-gap tale that’s modest, fun and briefly amusing rather than one that breaks new ground or offers hugely memorable set pieces.

The most striking scenes come without doubt at the start as Kirk (Chris Pine) struggles to rescue Spock (Zachary Quinto) from a volcano on a distant planet. We witness a primitive race – carefully colour-coded all white, yellow and red – as they first lay eyes on a spaceship. It’s a powerful moment, and nothing later matches up to it, even if two episodes of city-bashing (first London, then San Francisco) offer their fair share of wide-eyed 3D viewing.

The revived ‘Star Trek’ films are shaping up to be the opposite of Christopher Nolan’s Batman tales in that they’re light on bleakness and attitude. There are enough gags (Simon Pegg is fun again as Scotty) and wit (the tension between Kirk and Spock is winning) between darker bouts of space fighting and ship-saving to keep the mood airy and unpretentious.

Only when we’re treated to a gratuitous, over-the-shoulder underwear shot of Alice Eve as the Enterprise’s new recruit does this breeziness tip into recklessness. It’s here that we sense the filmmakers’ worry that the whole thing might be a bit too boyish and sexless. That said, the script manages to introduce some thoughtfulness into proceedings via Spock’s morose musings on death and feelings (or lack of them).