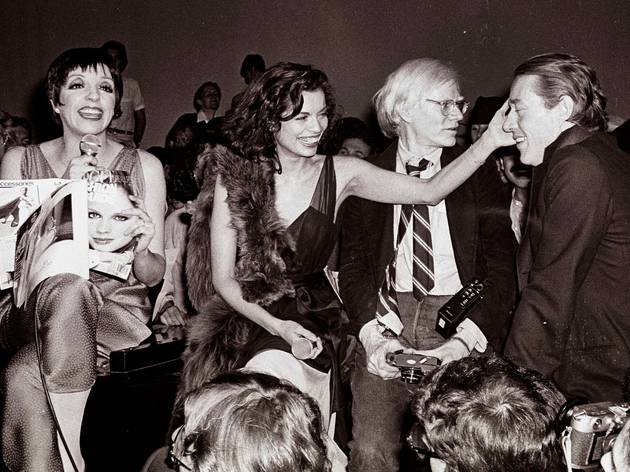 Matt Tyrnauer’s disco doc captures the heady, hedonistic spirit of the ’70s superclub and the pain of the comedown.

Footage from within Studio 54 – the most iconic nightclub ever – glitters like a mirror ball. Some scenes in Matt Tyrnauer’s documentary will set your heart soaring like an amphetamine rush: yes, that really is a squeaky-voiced, pimple-faced Michael Jackson talking to the camera about escapism. It’s 39 years since Manhattan’s disco-era club threw open its doors, and yet in one scene in you’ll feel like you’re there for opening night. As the camera swoops through a glitzy corridor into the club, and as the muffled soundtrack explodes at 120BPM, you almost feel the thrill of stepping onto the hallowed dance floor.

Reflections from the founding team on the glitz, glamour and seedier side of things collectively tell the club’s story, which rises like the crescendo of this film’s searing ’70s soundtrack. The scale of nightly theatrical shows, the money pumped through the venue, and co-founder Steve Rubell’s unique modes of hospitality (dispensing Quaaludes from a duffel coat) are all almost as jaw-dropping as the roster of stars who made it past the velvet rope. As well as celebs, the club championed figures marginalised in society, but it also had a door policy that discriminated against those who weren’t beautiful or fabulous enough. And so, with the club’s fame came the backlash – its inimitable brand of hedonism almost seems doomed from the offset.

Studio’s other founder Ian Schrager (now a hotel tycoon in his seventies) is depicted as a behind-the-scenes character in comparison to Rubell. But now he talks to camera with a twinkle in his eye, particularly as he dances around questions on the tax evasion that helped shut the club down and eventually put him and Rubell behind bars. The partying may have stopped, but a youthful mischievousness is endearingly present.

Yet so many of this world’s characters – including Rubell – aren’t around to tell their story. The Aids crisis rippled through New York’s LGBT+ community in the years that followed the club’s closure. It really was the end of an era and the pain for Schrager is still palpable. Luckily, it helps make this documentary a poignant portrait of friendships cemented through good times. Despite the spotlight of ‘Studio 54’ settling mostly on Brooklyn chancers Schrager and Rubell, it’s clear that the regulars were those who made the venue so legendary. And while iconic scenes of Bianca Jagger on horseback may be more widely documented, flashes of the barely-dressed, beautiful and damned unknowns are far more captivating. It seems everybody was somebody at Studio 54.

Director:
Matt Tyrnauer
You may also like
Popular movies
We know this city. Do you?