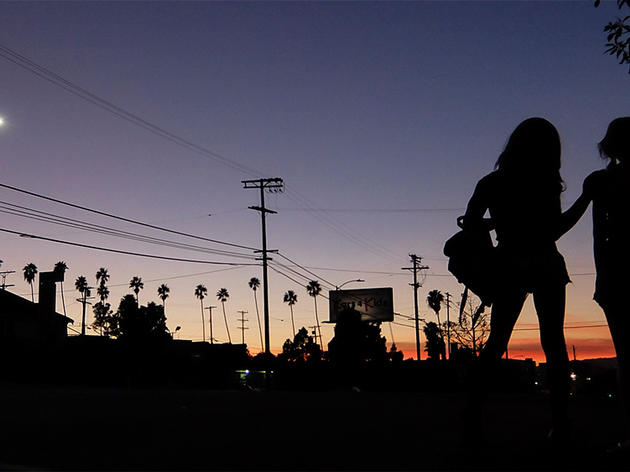 This ultra-low-budget LA drama was shot on iphones but buzzes with ideas, energy and wit

A reinvigorating reminder of what indie filmmaking can—and should—do, this bracingly brilliant new movie from writer-director Sean Baker tells an LA story so florid and electric that it feels like a Pedro Almodóvar remake of 'Crank'. Set over the course of a sunbaked Christmas Eve in Southern California, the premise explodes out of the gate: Sin-Dee Rella (Kitana Kiki Rodriguez) is a rambunctious trans prostitute who’s just been unleashed from a 28-day stint in prison. Enjoying a celebratory snack at Donut Time with her best friend and colleague Alexandra (Mya Taylor), Sin-Dee learns that her pimp boyfriend, Chester (James Ransone), has been sleeping around. Adding insult to injury, the girl he’s been sleeping with has a vagina. And so begins a roaring rampage of revenge. (Sin‑Dee’s furious first steps out of the restaurant are appropriately punctuated with blasts of gunfire on the soundtrack.)

If Sin-Dee is the boiling blood of Baker’s movie, Alexandra is its beating heart. Most of the story is seen through her eyes as she follows the wake of her colead’s carnage. A proud fixture of Los Angeles’ seediest streets, Alexandra has just started taking the hormones required for her body to catch up with her sense of self, and the vagrant path she cuts across the city palpably conveys the vulnerability of being trans in a world where people cling to their genders for shelter. She’s on a first-name basis with every cop in the neighborhood (though they call her Alexander), and aside from Sin‑Dee, the married Armenian taxi driver she blows in a car wash is the closest thing she has to a friend.

Taylor, who delivers the film’s most stoic and sensitively nuanced turn, is rather new to the acting game, but you never feel a camera on her. That intimacy was enabled by Baker’s decision to eschew conventional equipment in favor of shooting on unobtrusive iPhones outfitted with anamorphic lenses. The result is a saturated picture that courses with the raw energy of found footage while still feeling artfully composed, a movie that punches with the skittering violence of dubstep but careens through L.A. with the unbridled freedom of bebop jazz. And for all of its noise, 'Tangerine' ends on a moment of silent compassion—the world can be a cruel place, but we have the power to remake it in our own image.