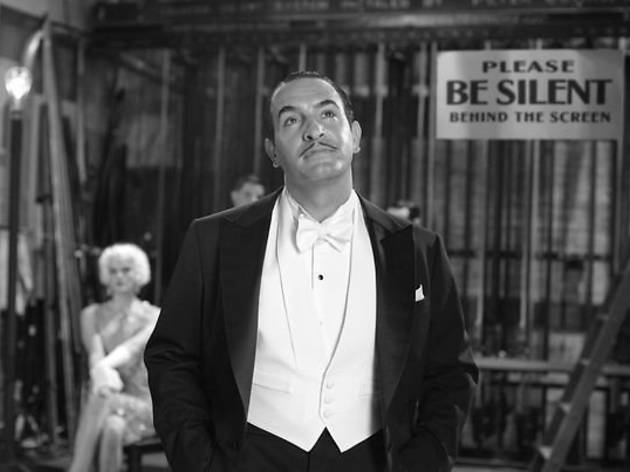 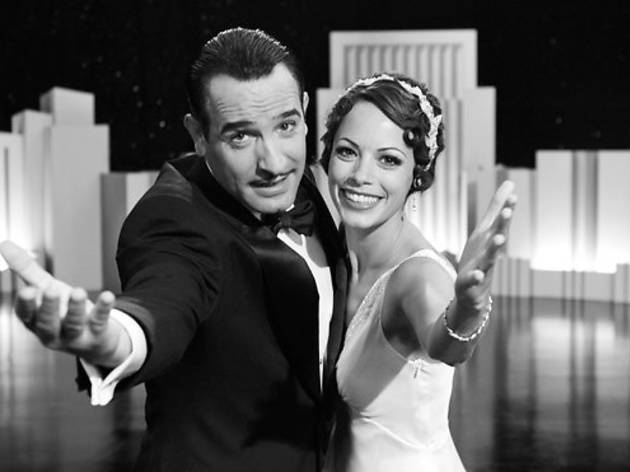 2/2
Jean Dujardin and Brnice Bejo in The Artist

4 out of 5 stars
Michel Hazanavicius and actor Jean Dujardin are well known in France for their James Bond spoofs, the ‘OSS 117’ films. Now they hop across the pond to 1920s California for a loving – and silent – recreation of Hollywood on the verge of sound. ‘The Artist’ is shot in exactly the same speechless, monochrome style as the movies in which our tragic hero, actor George Valentin (Dujardin), employs a canny arched eyebrow or breaks out into a rip-roaring tap-dancing routine to woo his adoring audience.

It’s 1927, Valentin is a star, but, oh no, is that the sound of… sound, on the horizon? Valentin is an insufferable ham. He laps up the adoration at a premiere, ignoring his co-stars and hogging the stage with a trusty performing dog (a constant, cute presence in the film). His domestic life is shaky, and his wife isn’t impressed when he’s snapped outside the premiere with an unknown woman and they both appear on the cover of Variety. The woman is young, beautiful Peppy Miller (Bérénice Bejo), who turns up as an extra on George’s next picture, ‘The German Affair’.

As they fall for each other, the sound age begins and Kinograph Studios sacks Valentin and contracts Miller as its star. George’s downfall – he loses his house, wife and servant (James Cromwell) – really begins when ‘Tears of Love’, his first picture as a producer-director-star, bombs on the same day that Miller’s debut becomes a hit. Will Valentin pick himself up, or is he destined to become a relic of the silent era and, cruelty of cruelties, a victim of the Wall Street Crash to boot?

The real pleasure of ‘The Artist’ is that Hazanavicius employs all the tricks and tics of silent cinema with wisdom, care and all the emotional and musical rhythm of the best of the films he emulates. It’s a movie about cinema that has a heart: it moves between funny and sad and turns the dawn of the sound age into a personal tragedy, expressed as silent melodrama. Its nostalgia is instructive: a scene of Miller and Valentin tap-dancing either side of a screen reminds us how visually inventive early sound films could be, and a scene of Valentin talking to a policeman that doesn’t have title cards reminds us that good silent films also demanded imagination from the viewer. It’s a gentle call to arms aimed at modern cinema.

Feature-length, knowing recreations of past genres can often be tiresome after the initial novelty has worn off, and yet ‘The Artist’ manages to keep up the same level of charm as its lead actor, Dujardin, throughout. Best of all, ‘The Artist’ never feels like a parody or a good idea that becomes laborious in the execution. It’s lovingly corny, great fun, good-looking and respectful. Silence being silence, you wouldn’t know it’s essentially a French enterprise – especially with John Goodman playing a big-shot producer – although Hazanavicius offers a witty nod to the film’s provenance in its final scene, reminding us that, yes, so many of the great silent Hollywood films were made by Europeans who crossed the Atlantic.