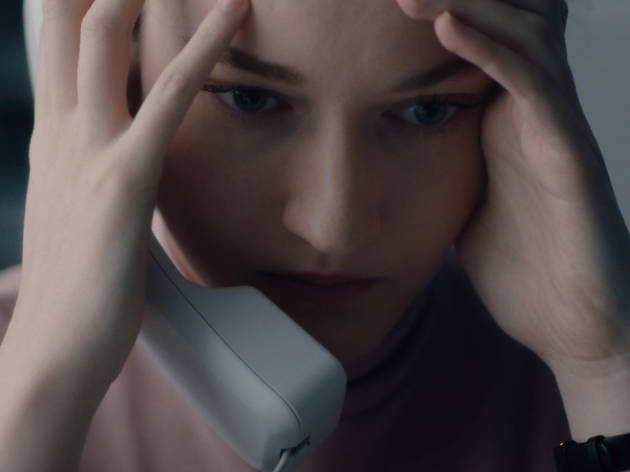 Real-life names aren’t necessary in this harrowing tale of a sexual predator protected by power and the cowed people around him.

An unseen entertainment mogul haunts Kitty Green’s flawless thriller ‘The Assistant’, a hawkeyed probe into systemic abuses of power, set before the era of #MeToo. Harvey Weinstein is the obvious inspiration for the bigwig, and we get sufficient clues: a New York-based movie production house, a gruff, eerily familiar voice off-camera, the havoc he leaves in his wake. But Green never name-checks the now-ousted producer. Thanks to this approach – examining not a single offender but instead a suffocating culture of silence, peopled by enablers – the understated film builds into a gut punch that’s more painful than anything in the superficial, recent Roger Ailes exposé ‘Bombshell’.

Before then, we watch a day in the work life of the selflessly committed office newbie Jane (Julia Garner of ‘Ozark’, finding astonishing emotional precision in the smallest details). Green, a director of provocative nonfiction films like ‘Casting JonBenet’, observes Jane’s routine with a documentarian’s clear-eyed compassion and delicate, rhythmic discipline: Jane makes copies, scrubs appalling stains out of the boss’s couch, recovers a piece of incriminating jewelry and drafts humiliating apologies when she is unfairly blamed for mistakes. A pair of seasoned male assistants guides her, adding to her intimidation with their arrogance.

Garner’s breathtakingly controlled performance – all withheld tears and suppressed screams – brings to mind Chantal Akerman’s 1975 feminist masterpiece, ‘Jeanne Dielman’, itself a study in mind-numbing routine. You wonder if Jane will eventually snap, and you almost wish she would during her visit to a condescending, dismissive HR exec (Matthew Macfadyen, memorably cringe-inducing) to report her suspicions after an entry-level female hire is inexplicably treated to a fancy hotel stay. But Green doesn’t grant us that release. Instead, she amplifies Jane’s suffering with a vigilant camera that’s fixated on her quiet isolation in a banal, unglamorous office. Here, the only relief is knowing that a watershed moment is on the horizon.