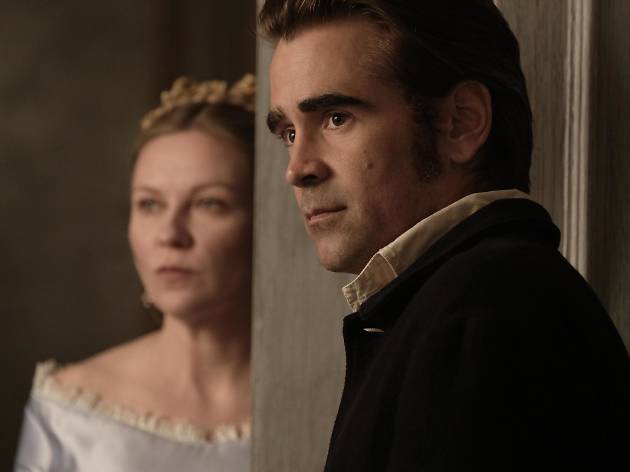 Set during the American Civil War, Sofia Coppola's sly drama tells of an injured Union soldier who is taken in at a girls' boarding school

Sofia Coppola’s ‘The Beguiled’ is an exquisitely crafted drama of seduction, survival and sexual awakening in Civil-War era Virginia, with especially strong performances from Kirsten Dunst and Nicole Kidman as two teachers trying and failing to set an example of restraint and good behaviour to their young charges.

The source is a 1966 Southern Gothic novel by Thomas Cullinan – later made into a 1971 film starring Clint Eastwood – but the scale and restraint of this ‘The Beguiled’ makes it feel more like a short story. It’s a film of great economy, as John realises that being a seducer and playing his hosts against each other could be his only route to survival. And the women aren’t unwilling: Martha has a moment while giving him a bed bath; Edwina quickly falls into his arms; and young Alicia (Elle Fanning) isn’t far behind. The others have their own way of getting close to him: one gives him a Bible; another enjoys ‘just talking to him privately’.

It’s a scenario that always feels on the edge of cheap exploitation: the handsome soldier, bed-bound, being eyed up coyly by the women and girls of the household. But that’s not where Coppola takes the story. She’s interested in the women, and especially in how they collectively justify not handing John to the authorities, claiming moral or practical grounds when we can all see what’s going on. Farrell, meanwhile, can do smooth and charming in his sleep, and he does. Powerful, too, is how Coppola plays sex against violence: an early scene of Kidman sewing up Farrell’s bloody leg plays as a weird meet-cute; later, she’ll come back to that same leg when she feels spurned.

Of all Coppola’s six films so far, this best resembles 1999’s ‘The Virgin Suicides’. The director of ‘Lost in Translation’ and ‘The Bling Ring’ dials down the potential for steaminess, violence and easy shocks and opts for a more controlled, gently simmering tension. There’s none of the pop-song period flavour of ‘Marie Antoinette’ (there’s barely any music early in the film; later, a restrained score by Phoenix kicks in), and the photography by Philippe Le Sourd has a soft romance to it, especially in candlelit scenes at night and in outdoor scenes as he captures sunlight falling through weeping trees. ‘The Beguiled’ has its jolts and its laughs, but mostly this glides along like a mildly cheeky, poetically made parable, well dressed, well designed and well performed.