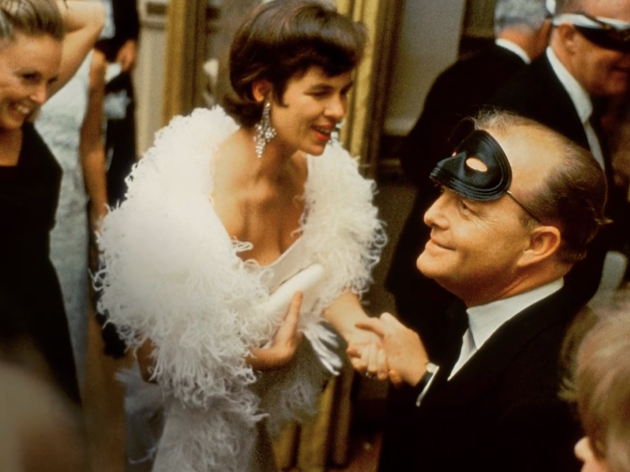 Writer and socialite Truman Capote was always a somewhat enigmatic figure. He was notoriously prone to exaggeration and outright fabrication, which makes the task of unraveling the story of his life all the more difficult. First-time documentarian Ebs Burnough (a former advisor to Michelle Obama) makes a valiant effort with The Capote Tapes, an exploration of its subject that mines newly-discovered tapes of interviews with Capote’s friends and enemies, originally conducted by journalist George Plimpton.

In a twist that Capote might have appreciated, the tapes' contents serve as a red herring of sorts. They’re neither especially revelatory nor integral to the film. Instead, it’s the interviews conducted by the filmmaker that offer the deepest insight. Burnough quizzes Capote’s one-time live-in protégé Kate Harrington; friend and fellow author Dotson Rader (who does a spot-on Capote impression); and famed talk show host Dick Cavett. Each offers a different perspective on Capote’s life, and occasionally a few shocking details.

The Capote Tapes sprinkles these revelations throughout a more conventional biography. It documents how a boy raised by his relatives in Alabama became an openly gay fixture of New York’s high society and a literary sensation via his ‘non-fiction novel’, In Cold Blood. But it often feels like a disjointed montage, sometimes jumping years ahead with little explanation. Those who are unfamiliar with Capote may want to skim his Wikipedia entry before watching the doc.

The film runs into pacing problems in a second half mainly concerned with Capote’s unrealised final novel, Answered Prayers. His extremely unflattering portrayal of New York’s upper crust in a published chapter from the project made him a social pariah, and The Capote Tapes spends ample time unpacking the friendships he destroyed. It’s a long winded prelude to the writer’s downfall (and untimely death) that mostly amounts to a bunch of wealthy people lashing out at a man whose penchant for exaggeration and shocking prose was common knowledge.

Burnough’s examination of Capote isn’t likely to be the final word on his controversial career, but its impressive assemblage of close confidants certainly chips away at the author’s mystique. Even when The Capote Tapes rambles, it’s a doc that seems genuinely interested in portraying how Capote was, as actress Lauren Bacall described him, ‘someone who was not like anyone else’.