As historical moments go, this is one of the biggest in British politics. It is May 4 1979, and the UK’s first-ever female prime minister stands outside 10 Downing Street. Clad in starchy Tory blue, she gives the excited crush of newshounds her first interview as premier. ‘I’ll strive unceasingly to fulfil the confidence and trust that the British people have placed in me,’ she intones in that unmistakable, stern-schoolmarm voice, before quoting St Francis of Assisi. ‘Where there is discord, may we bring harmony,’ she begins earnestly. ‘Where there is truth, may there be… Oh fuck it! I forgot that bit!’ Beneath a heavily hairsprayed ’do, the Iron Lady melts into the laughing form of Gillian Anderson.

I understood why I was asked to play Thatcher. I mean, she and I have some similarities, which I won’t share with you

In season four of Netflix’s ‘The Crown’, Anderson becomes the sixth actor to share an audience chamber with Queen Elizabeth II (currently Olivia Colman). Her other half is the show’s creator, Peter Morgan. ‘One day he said: “Hmm. Do you think you’d be able to play Margaret Thatcher?”’ Anderson recalls later. ‘I understood why he asked. I mean, Thatcher and I have some similarities, which I won’t share with you. But if I didn’t think I might be able to do it, I would have said: “How dare you!”’

It’s the pre-lockdown bit of 2020, and Anderson’s remarkable transformation isn’t the only one in evidence. We’re on the backlot of Elstree Studios, once home to the ‘Big Brother’ house. Now it hosts a faithful recreation of the PM’s black-bricked gaff. Or rather, its ground floor. Above and behind looms a huge green screen, on which the rest of the building will be added via VFX. On the other side of the lot stands Buckingham Palace. It is as if the two have been deliberately placed in opposition, in a kind of architectural staring contest.

Behind the scenes of ‘The Crown’ season four. Photograph: Des Willie/Netflix.

Which is appropriate, when you consider that season four tackles the tense relationship between Mrs T and QE2: 11 years in which, thanks to Thatcher’s divisive style and policies, there was rather more discord than harmony.

‘They’re two women who seem to have so much in common, but yet so little,’ says executive producer and director Benjamin Caron. ‘For their first audience, I was interested in mirroring these two women, so you get the sense they are very similar, and should get on. Of course, as it progresses, they really don’t.’

As Caron points out, none of the Queen’s meetings with her PMs were ever recorded. He’s wary, then, of anyone treating the show’s audience scenes as history rather than drama. But ‘The Crown’ does strive for authenticity in its recreation of an era – this time out it’s the ’80s – both through those Elstree sets and the use of locations, many in London.

Aside from the palace, little of the capital is off-limits to the show. ‘I still pinch myself that we get to close The Mall down,’ says Caron. ‘We had Emma Corrin, who’s playing Lady Diana Spencer, driving along it with her head out the window of a taxi, the real Buckingham Palace behind her. It felt quite cheeky.’

Back at Elstree, I’m given a fascinating tour of such oddly familiar places as the Queen’s chambers (her bed is tiny) and the Cabinet Room, dominated by that long table where so many big decisions have been made.

For Anderson, it was initially all quite overwhelming. ‘When I first came in for a wig fitting, I was casually walking through the Cabinet Room and this massive room where Thatcher’s desk was,’ she recalls. ‘I suddenly felt the weight of what I had taken on.’

But then she was taken up to the flat above Number 10, where the PM held meetings with her inner circle (and whipped up a mean kedgeree). ‘So much attention, effort, care, love and detail had gone into it,’ Anderson says. Here, interestingly, her fear dissipated. It was almost like, amid the painstaking recreation of this semi-domestic space, she found Thatcher’s – dare we say? – heart. ‘There was something comforting about walking into that set. I felt like it was all going to be okay.’

And that’s the key to ‘The Crown’: as much as it’s about big, historical moments, it’s also royally personal.

‘The Crown’ season four streams on Netflix from Nov 15.

Looking for your next binge watch? We’ve got you covered 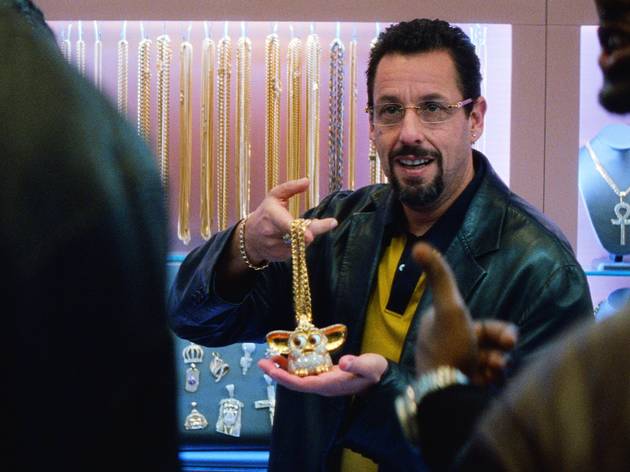 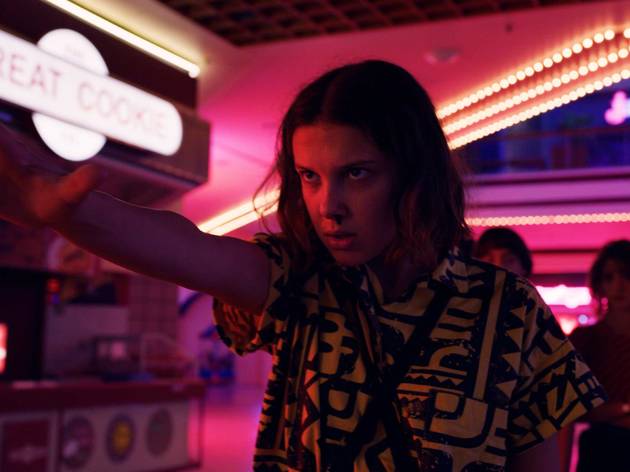