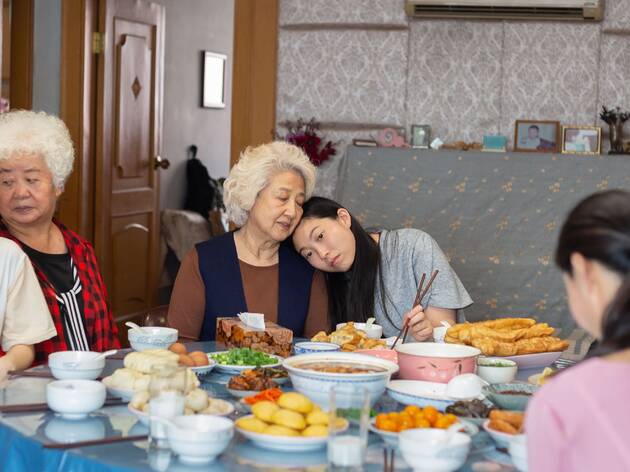 Awkwafina takes the next step in a delicate comedy about a Chinese family facing bad news.

Bittersweet and maturely witty, director Lulu Wang’s Chinese-American family drama ‘The Farewell’ beats with an immigrant’s split heart. Featuring a thoughtful, career-revising turn from ‘Crazy Rich Asians’ scene-stealer Awkwafina, Wang’s autobiographical story is ‘based on an actual lie’ (as an intro title tells us), though not the comforting kind of white lies shared at the start: Walking through a wintry New York City on a long-distance call, the unemployed writer Billi (Awkwafina) reassures her concerned granny back home in Changchun, China, that she’s wearing a hat. (She isn’t.) In turn, ‘Nai Nai’ (Zhao Shuzhen, adorably commanding) casually claims that she’s at her sister’s house. (She’s actually at the hospital for a scan.)

Now comes the real lie: In what is commonplace practice in China, Nai Nai’s family elects to withhold a grim diagnosis of cancer from her, saying the news is good. The clan comes together in Asia under the false pretext of a sudden wedding between Billi’s cousin and his confused Japanese girlfriend, setting the stage for a gathering that’s outwardly celebratory but secretly devastated (a mood beautifully supported by Alex Weston’s vocal-heavy score).

Wang expertly plays these scenes to both comedic and heartbreaking effect, while the unruffled but bossy Nai Nai proudly throws together the trimmings of a full wedding, complete with a photoshoot and an over-the-top, colourful banquet. The riotously awkward event (reminiscent of a low-key version of the bogus party in Ang Lee’s ‘The Wedding Banquet’) veers toward the melancholic.

Nai Nai’s appearance of blissful ignorance throughout the film carries the faintest hint that she might be more aware than everyone realises – a subtle but provocative suggestion that never quite pays off. Still, Wang’s perceptive film emphasises small, captivating details, such as the fading charms of a modernizing Chinese town, or the nuances of a foreign culture in which professional criers are hired at funerals and ‘stupid child’ is a term of endearment.

Most of all, Wang miraculously makes an unhurried case for what one cancer doctor calls the ‘good lie’. We come to see things through the conflicted eyes of Billi, thanks in part to weighty conversations the character has with her Americanised parents (Diana Lin and Tzi Ma, both terrific and bringing out the best in Awkwafina). Delightfully embracing the specificity of Eastern ritual, ‘The Farewell’ summons a complex sense of familial love that defies borders and language barriers. You will recognise it – and feel it.