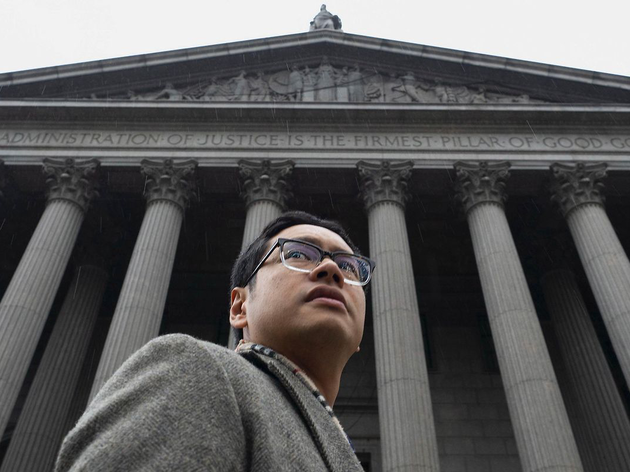 The American Civil Liberties Union takes on Trump in this pacy, compelling doc

The antagonist of The Fight is made abundantly clear right from the get-go: audio of Donald Trump’s presidential inauguration ceremony plays over the opening titles. But this fast-paced doc about the American Civil Liberties Union’s (ACLU) efforts to overturn Trump’s policies doesn’t portray its work as a battle waged against a single adversary. Instead, it’s presented as a complex, interconnected war fought on multiple fronts.

Founded a century ago, the ACLU is a nonpartisan, not-for-profit organisation designed to protect the civil liberties of people within the United States. Its lawyers have helped preserve the right to have an abortion, fought for the legalisation of gay marriage and worked to abolish the death penalty. The Fight focuses on four of them, each fighting cases related to one of four Trump-administration policies: a proposed citizenship question in the US census; discrimination against transgender individuals in the military; the abortion rights of illegal immigrants; and the separation of families at the US-Mexico border.

For a doc centered around the functions of the American legal system, The Fight spends precious little time in the courtrooms (where filming is usually restricted). Instead, it follows the lawyers as they build their cases and prepare for trial. There are glimpses of each subject’s personal life, including allusions to the personal sacrifices they’re making and the loved ones they’re too often not at home with. That leaves the most impactful and genuinely human moments taking place in offices, hotels and conference rooms, as clients explain their cases, lawyers clumsily practise their opening arguments in front of mirrors and mothers are reunited with their children.

While the lawyers are set up as heroes fighting injustices within a complex system and the ACLU is lauded for enabling these efforts, the filmmakers don’t shy away from addressing the controversial nature of the organisation itself. Its mission to defend the rights of everyone equally occasionally brings it into the orbit of white-supremacist groups and people such as far-right firebrand Milo Yiannopoulos. The ACLU’s involvement in Charlottesville’s violent 2017 Unite the Right rally, a deeply uncomfortably manifestation of the very forces they’re fighting against, takes a clear toll on the doc’s subjects.

At times, The Fight seems to be biting off more than it can chew in following four separate narratives, each interspersed with references to current events and brief history lessons. The sometimes confusing nature of the doc might be an intimation of the government’s quickly changing regulations and the serpentine legal system that ACLU lawyers navigate – but it’s just as likely a side effect of the directors trying to do a bit too much. Thankfully, effective stylistic choices like the hand-drawn animations that accompany courtroom audio and a dark sense of humour (just wait until you hear the lawyers reading their hate mail) help smooth out a few of the doc’s rough edges.

The final moments offer a sense of closure as each of the cases receive a ruling, but even the outright victories are fleeting. There’s only so much the legal system can accomplish, as one of the doc’s subjects acknowledges: ‘It’s not going to be lawyers in courts, it’s going to be people that turn the ship around.’ The fight goes on, and it’s not likely to end anytime soon.

Available to stream in the UK now.