The Godfather Coda: The Death of Michael Corleone 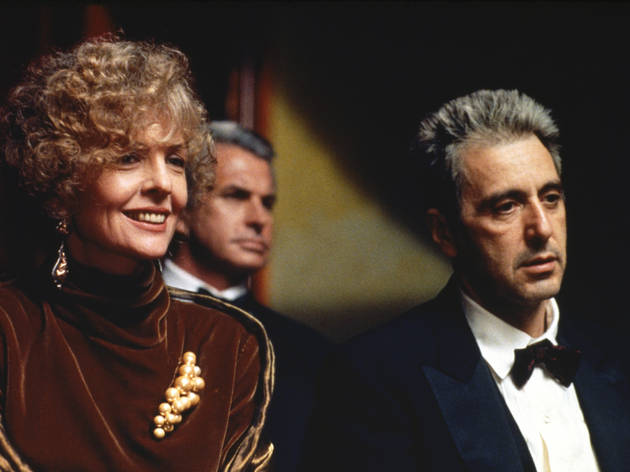 Filmmaker Francis Ford Coppola has stepped back into the cutting room to re-edit (and rename) his 1990 crime epic The Godfather Part III, the final part in his century-spanning trilogy about a New York Italian-American mafia family. Coppola, now 81, has tinkered mainly with the beginning and end – throwing us more directly into the former and making the latter less final (the changes are significant but not revolutionary).

What sticks out now, 30 years on, is how unfairly one member of the cast was treated at the time of the film’s release. Sofia Coppola – now a celebrated director herself, then just her father’s teenaged daughter – took a bashing for her performance as Mary, the daughter of crime boss Michael Corleone (Al Pacino). Young Coppola has an awkward, child-adult presence that’s still one of the film’s most fascinating elements. There’s an unpolished, needy but powerful presence to her that suits the idea of this innocent rich girl put on a pedestal by her father’s infamy. It also adds another dimension to the father-daughter tension at the film’s core – a tension stoked by Mary’s romance with her hothead cousin Vincent (Andy Garcia), the new Corleone on the block, just as Michael himself was way back in the first film.

Elsewhere it’s the film’s corporate-gangster high jinks – served with a side order of Vatican corruption – that have aged less well. Coppola and writer Mario Puzo drew heavily on a couple of real events – the short-lived papacy of John Paul I, and the suicide of ‘God’s Banker’ Roberto Calvi – to suggest that crime, religion and the boardroom co-existed in Corleone’s world. It allows for a soapy pleasure, but it’s not entirely convincing.

More pleasurable is the familiar. Coppola sampled and reworked many of the big beats of the first two films for the third: the big party at the start, a meditative trip to Sicily, the father-son antagonism, an operatic killing on the steps of a grand building, an assassination in the bustle of Little Italy.

The film’s biggest draw remains Pacino. The aura of disappointment and regret that swirls around his character later in life lends the film a maudlin tone that grounds it amid the noise and the gunfire. A scene in Sicily between him and Diane Keaton as Corleone’s ex-wife Kay brings out the best in both. Elsewhere, and most notably at the film’s close, Pacino sinks deeply into the quiet suffering of Corleone, the once-reluctant gangster who carries with him burdens he’ll never shake.