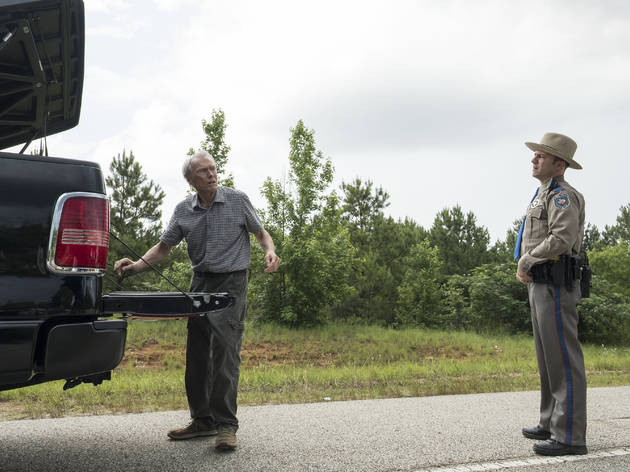 As a nonagenarian drug mule in way over his head, Clint Eastwood looks the part, but loses the focus that's elevated so much of his self-directed work.

Clint Eastwood likes to tell the story about how, in the early 1980s, he purchased the screenplay of what would become ‘Unforgiven’, shelving it for a decade until he’d ‘aged a little’ and could carry the role’s thematic guilt. So why is it now that the active star-director has become 88 years old (impressive in itself), he retreats into glib, underdeveloped dreck like ‘The Mule’? The plot, based on a news-of-the-weird New York Times Magazine article from 2014, concerns a 90-year-old coke runner, here renamed Earl Stone, who avoided detection by being such an unlikely target in the War on Drugs.

That’s a terrific setup, loaded with opportunities for Eastwood’s stealth libertarianism (racial profiling gets a big scene) as well a continuation of his scowling get-off-my-lawn referendum on American decline, kicked off by the ugly but fascinating ‘Gran Torino’, whose screenwriter, Nick Schenk, did this one too. Yet Eastwood plays an awkward character trapped in an equally awkward film, falsely naive and imprecise in its purpose. After establishing Stone, a prizewinning day-lily gardener, as a casual racist prone to terms like ‘beaner’ (it’s hard to know what exactly Eastwood is nostalgic for), the script has him encounter a bunch of shady, scary Latinos who involve him in their drug trade because he won’t ask questions.

Humorous detachment would have helped in these scenes – this should have been a black comedy – but ‘The Mule’ is a frustratingly basic film devoid of laughs and flat-footed, one whose underlying tension (the old guy is committing crimes!) gets tiresome. Occasionally the tone is embarrassingly broad, as it is when we meet Andy Garcia’s ‘Miami Vice’-grade drug lord; skeet shooting needs to be retired as a shorthand for evil. But Eastwood also wants us to somberly consider Stone’s reckoning with the family he abandoned – this in a movie that ogles bikini butts at a pool party. And we’re supposed to follow the dutiful cops (Bradley Cooper and Laurence Fishburne) who need to justify their jobs by making arrests. Tonally, this thing is a disaster, and you can only conclude that its maker, capable of sharp ironies as recently as 2014’s ‘American Sniper’, didn’t fully digest the material. Given Eastwood’s tireless work ethic, I hope he tries again soon.