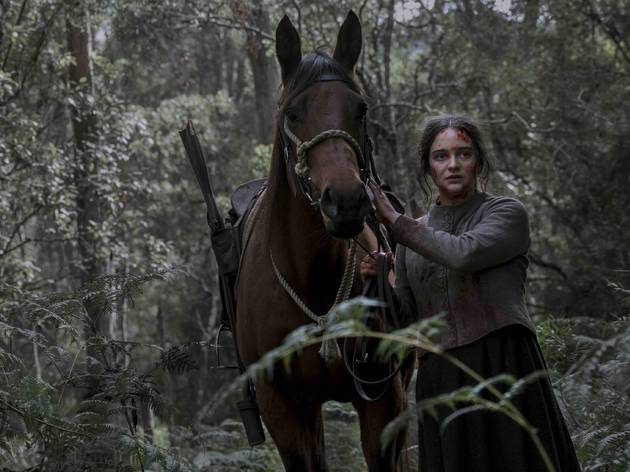 Rooted in an especially lawless moment of Australia's past, Jennifer Kent's impressive follow-up to ‘The Babadook’ finds a new kind of scary.

Multiple rapes. Infanticide. Aboriginal strange fruit. You’ve been warned. Brutal is too soft a word to describe ‘The Nightingale’, a brilliantly harrowing indictment of white male oppression set in British-ruled Australia circa 1825. If you thought Jennifer Kent pulled no punches in her terrifying supernatural debut ‘The Babadook’, brace yourself for the existential evil that lurks in the hearts of men – not figures out of a children’s storybook but a keenly observed sense of historical place.

Newlywed mother Clare Carroll (Aisling Franciosi of ‘Game of Thrones’, hypnotically fierce), a convicted Irish street urchin sent to a Tasmanian penal colony, sings for randy, rum-soaked soldiers when she’s not suffering derision as a scullery maid. The local sadistic commander, Lieutenant Hawkins (Sam Claflin), helplessly infatuated with Clare, taunts her with the promise of freedom along with his special brand of toxic, self-loathing abuse. After learning that his only chance at promotion is a four-day trek to personally petition his superiors, Hawkins spitefully obliterates any chance of Clare’s happiness by attacking her and her family. The viciousness is off the charts.

‘The Nightingale’ isn’t a ghost story, but its characters are deeply haunted. This is a world gone wrong, where innocent settlers are slaughtered in their sleep, genocide is a casual trigger-pull, and death means a dozen stabs in the chest followed by a dozen blows to the face. But, remarkably, against all odds, the film is not without hope. Throughout all the persecution and trauma, there’s resilience and the promise of a new dawn. ‘You can’t kill what’s already dead,’ Clare says at one point. She transcends defeat. Her dark song lifts us all.