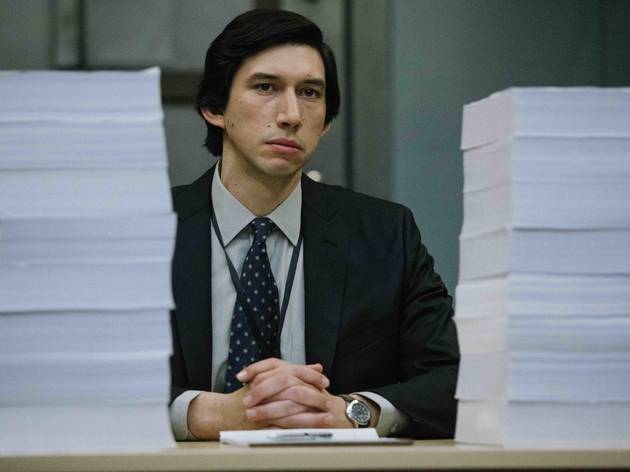 The facts in the political thriller ‘The Report’ – of which there are many – are scary and worth getting out there. Essentially, the CIA embarked on a post-9/11 program of extreme interrogation that amounted to torture. None of it resulted in any actionable intelligence, ever. Secretly, the CIA arrived at this conclusion on its own, while a diligent six-year oversight investigation twisted in the wind.

Unfortunately, ‘The Report’ is also a deafeningly dull movie, loaded with office speech after office speech, one that forgets to excite its relentless two-hour data dump into drama. You can agree with its thrust while still feeling something majorly irresponsible has happened with Scott Z Burns’s tunnel-visioned direction and hectoring script; he makes Aaron Sorkin seem restrained.

Adam Driver, as the movie’s crusading Daniel Jones, the Senate-appointed investigator whose zeal produced a 6,700-page document, has the brainy believability to pull it off. You never doubt his command of the statistics. But to watch him in ‘BlackKklansman’ or ‘Silence’ is to know that he’s capable of a larger emotional component that’s absent here. Burns gets a kick out of playing him against Annette Bening’s constantly shocked Senator Dianne Feinstein (she's also given little room to create an actual performance), the two of them approximating the hoped-for relationship between movie and viewer: Can you believe this stuff happened? What?

Burns, a protégé of Steven Soderbergh, can occasionally craft a line of tartly banal dialogue: One government spook declares that it’s ‘time to put on our big-boy pants’. Years later, a frustrated CIA agent asks the overconfident waterboarders, ‘Where’s the special ’ And there are occasional visual flourishes – a nightmarish PowerPoint presentation ending with a slide about mock burials – that hint at the better-balanced film ‘The Report’ might have been. But mainly we’re pinned down by a firehose-stream of didactic outrage. An appealing supporting cast, one that includes Jon Hamm, Ted Levine and Matthew Rhys (‘The Americans’), is stranded in the verbiage. ‘You don’t really have a legal problem – you have a sunlight problem,’ Jones is advised by a journalist. The movie does too: Its nose is stuck in a book.