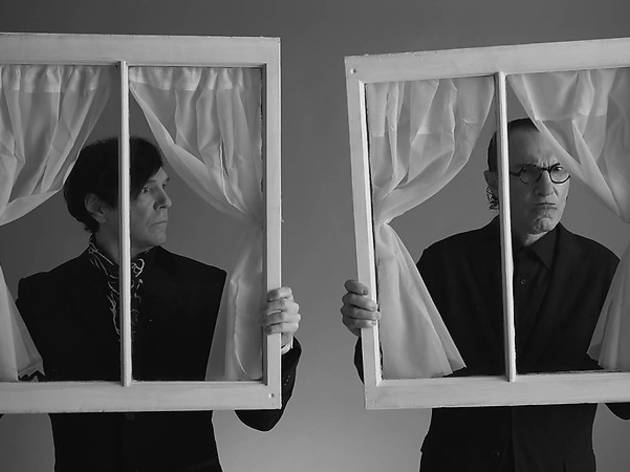 This lively, fun music doc aims to give Ron and Russell Mael, the two siblings at the heart of the shape-shifting American pop outfit Sparks, their due in the sixth decade of their career as eccentric, authentic musical artists. The Sparks Brothers makes a giddy claim for the band, which has so far straddled glam rock, teen pop, electro, new wave and more, as outsider pop musicians of the highest order. It’s both a joyous fanboy love letter and a warm-hearted collaboration, as the Maels – big movie fans themselves, who narrowly missed out on working with Jacques Tati and Tim Burton over the decades – are clearly closely involved in pulling it all together.

It’s also the first time British director Edgar Wright (Shaun of the Dead, Baby Driver) has made a doc. Wright is endearingly open about his love for the band – even putting himself in the frame as one of a long, slightly random list of many, many talking heads, who include Beck, Flea, Duran Duran, Tony Visconti, Jonathan Ross and Mike Myers. The brothers themselves appear throughout, in a cascade of archive footage, but also in new interviews and quirky sketch moments, at recent gigs and in their studios and homes in Los Angeles, where they grew up and still live.

The Maels are both now in their seventies and have 26 albums under their belt and a career that goes back to the late 1960s, when they were briefly known as Urban Renewal Project (try again) and Halfnelson (try harder). They adapted themselves constantly through the years, first finding fame in the UK, shedding and hiring new band members, anticipating some musical movements and smartly adapting themselves to others.

It’s Ron who remains the most recognisable: more than one person in the doc comments on the similarity between his stern demeanour (clearly an act) and his little moustache and a certain mid-twentieth-century German tyrant. It’s the contrast between the two, though, that really makes their image stick: Ron as the seated, stiff, close-cropped keyboard player; Russell as the more louche, long-haired, pretty singer.

Wright’s sheer enthusiasm means that a running length of almost two-and-a-half hours doesn’t feel excessive at all: he powers chronologically through a pop survival story that has you wanting to punch the air when you see the brothers still working and creating in their hometown of Los Angeles right into the recent pandemic (with hopeful nods to an upcoming film collaboration with out-there French filmmaker Leos Carax, surely a kindred spirit). It’s a great underdog tale, told with infectious, childlike glee.

Director:
Edgar Wright
You may also like
Popular movies
We know this city. Do you?