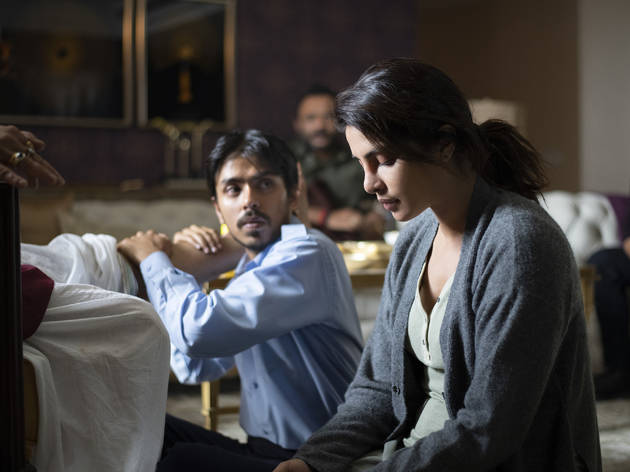 This captivating adaptation of Aravind Adiga’s 2008 Booker Prize-winning novel, which unfolds among the wild contrasts and contradictions of modern India, offers style, energy and bursts of goofy fish-out-of-water humour before landing on a vicious, dark streak of black-hearted cynicism.

It’s powered by ample first-person voiceover: the voice of Balram (Adarsh Gourav), a poor kid from rural India who goes from serving tea in a rural streetside café to becoming a ponytailed entrepreneur in global Bangalore. Along the way, he also becomes the driver for Ashok (Rajkummar Rao), the slick, US-educated son of a corrupt local business magnate. It’s this work and relationship, and everything that Balram witnesses from the driver’s seat, from the countryside to Delhi, that open his eyes to a world far beyond his village. From there, there’s no turning back.

The various stages of Balram’s transformation, and the pacts he makes with the devil on the way, are what most interest American-Iranian writer-director Ramin Bahrani (Man Push Cart, Goodbye Solo), who guides us smartly through various competing tones and shades. He keeps us close to Balram as this young man learns the ways of deceit, betrayal, corruption and hypocrisy from his masters – while remaining trapped, as he puts it, ‘in the rooster coop’ of class, poverty and willing servitude.

Adiga’s original story has something of the socially-conscious, eye-opening, rags-to-riches sweep of a Charles Dickens novel, while the character of Balram, our guide to this world, has a touch of the charismatic, class-puncturing cunning of Patricia Highsmith’s Ripley.

Newcomer Gourav is an extraordinary find and totally convincing as this wide-eyed naïf in whom dangerous ambition and awareness gradually emerge. He’s an entirely different character by the end, broken down and remoulded by everything around him. It’s a world that Bahrani recreates for us with a keen eye for the same intoxicating sights, sounds and smells that transform Balram – so that we, too, become a little drunk on the fast-changing, disorienting world that Bahrani recreates with such panache.