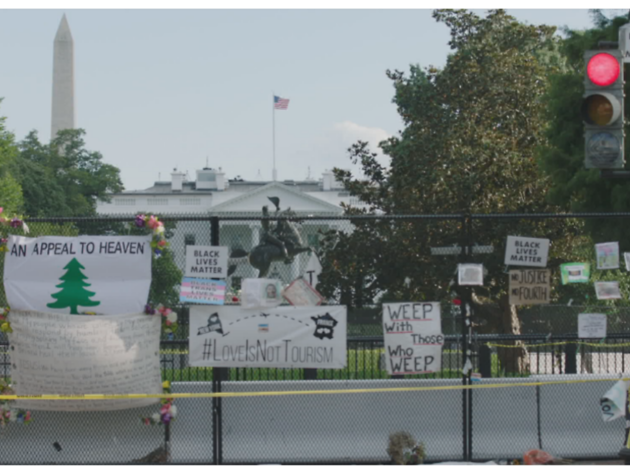 Can a doc be too timely? This damning critique of Trump’s handling of the pandemic feels slick but rushed

It’s a bit surreal to watch a documentary about events we’re still living through, but life in the age of Covid-19 tends to make the unprecedented seem commonplace. Totally Under Control sifts through the recent past and holds leaders accountable for the lives lost, with special attention given to a certain commander-in-chief who repeatedly utters the phrase that provides the project’s title. It’s an ambitious film with a lot to say, though, of course, it risks being rapidly outpaced by the 24-hour news-athon that is 2020.

Crafted by three filmmakers – Enron: The Smartest Guys in the Room director Alex Gibney and documentarians Suzanne Hillinger and Ophelia Harutyunyan – Totally Under Control was originally conceived as a comparison between America and South Korea’s early response to the virus. It ballooned into a narrative that acknowledges South Korea’s relative success (currently fewer than 500 deaths), but it’s ultimately more concerned with exposing the repeated failures of the US government.

Much of the doc serves as a ticking-clock account of the Trump administration’s early response (or lack of) to a looming public health crisis. Soundbites of the president and his staff continuously minimising the threat are juxtaposed with interviews with medical experts and former government officials. The inference is clear: America’s response made a bad situation even worse.

Conceived in April, shot remotely and assembled for a pre-election release, it inevitably feels rushed, even if the execution is slick. The methodical treatment of the early months of the coronavirus’s arrival in the US contrasts sharply with the disjointed way in which the latter half of the documentary tackles more recent months, touching on PPE shortages and Trump’s embrace of hydroxychloroquine treatments.

It would take a much longer film to catalogue all the failures, so the directors instead seem to cherry-pick gaffes based on the interviews they were able to land (an American N95 mask manufacturer and the New York doctor who began prescribing hydroxychloroquine are both quizzed).

Totally Under Control lacerates the incompetence of the White House, but those looking for a broader, deeper analysis will have to wait for another doc. This one is a timely and competent first chapter, but it’s only a fragment of a story that’s still being written.

Streaming in the US now. In UK cinemas Oct 23.