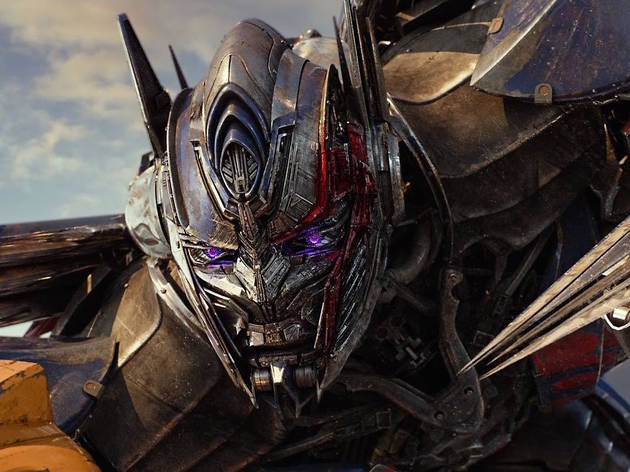 It may be noisy and nonsensical, but the fifth instalment of the robot franchise still has a spark of grandeur that could only come from one director

They’re full of whirling metal parts, but the ‘Transformers’ movies haven't always run like clockwork. Michael Bay may be Hollywood's poet laureate of pyrotechnics, but rarely has he made these 'bot epics sing, much less flow in a coherent way. Regardless, all the films bear his undeniable signature (something that can't be said for most action directors): gorgeous moments of billowing catastrophe, lens-flared beauty and pure lunkheadedness.

‘Transformers: The Last Knight’, the fifth and (likely) final chapter of the series, is a well-tooled collection of contraptions. You can't say it builds to a colossal climax so much as starts right away in a heightened state of dumb excitement, shifting every few minutes to an equally stupefying new register.

Defying plot summary, it begins in Arthurian legend, as Merlin (Stanley Tucci, having a blast) summons a metallic dragon to save the better elements of humanity from a horde equipped with fireballs. Merlin's staff becomes an object of great power, searched for 1,600 years later by gorgeous Oxford sceptic Vivian (Laura Haddock). She's conveniently single, so Cade (Mark Wahlberg), a longtime ally of Optimus Prime and his good-guy Transformers, has someone to drool over.

Without getting too deeply into details, there are bad robots who want to scrape the planet clean of pesky humans. Literally – they have a scraper about the size of Brighton. There's a whirring, fussy butler (voiced by ‘Downton Abbey’'s plum-throated Jim Carter) with a penchant for melodrama. And perhaps most ridiculously, there is Anthony Hopkins, hee-hawing his way through London car chases and reams of pretentious dialogue with a commitment that must have melted Bay's heart.

None of this adds up to a gripping story, but the script's constant spirit of cheesy invention gives the franchise a kick. Bay has earned a bit of irreverence over the years – best expressed in his savage, underrated 2013 comedy ‘Pain & Gain’ – and it's thrilling to see him try to apply that strain of anarchic glee to this inert series. If Bay is finished making ‘Transformers’ movies, he's having the last laugh: he's been able to spend over a billion dollars of studio coin in the service of furthering his wham-bam visual panache. We all know what a Michael Bay film is. This one's his most Baysome.