Film, Thrillers
1 out of 5 stars 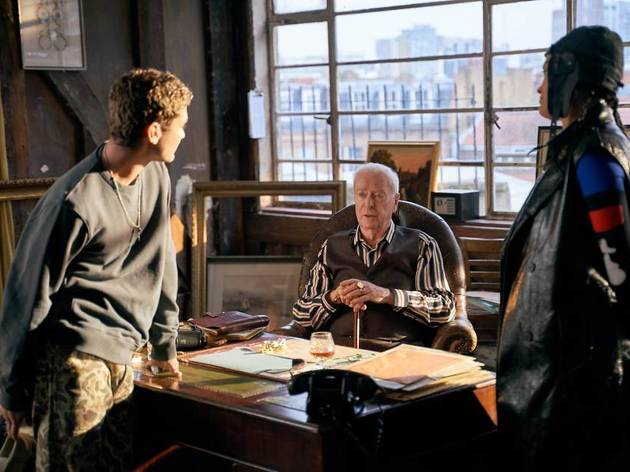 This poor Oliver Twist update needs to be artfully dodged

Well, at least that illegal birthday party is no longer the worst thing Rita Ora has done involving six or more people during a national lockdown. Director Martin Owen’s achingly naff Oliver Twist update, in which Ora plays a gender-swapped Artful Dodger called ‘Dodge’, takes the honours with a Dickens spin involving an art heist and mystifying amounts of parkour. You know, just like in the novel.

Raff Law plays the new-look Oliver Twist, a building-leaping graffiti artist who sleeps in the National Gallery and annoys the cops to a soundtrack of decades-old indie tunes. Twist skips the book’s orphanage chapters and moves straight to its young hero falling in with east London art thief Fagin (Michael Caine, probably wishing he was still working with the Muppets), and his gang of misfits, including Dodge and Batesy (Franz Drameh). Oliver is determined to make it as an artist, and Fagin quickly clocks his spirit. ‘Some boys like respect, some like to be in the pecking order,’ notes Fagin, ‘but this one, he wants something that he’s missing.’ ‘A smartphone?’ wonders Dodge.

It’s not the pedestrian script that sinks Twist, though, or its lack of fidelity to the book. In fact, there’s probably something in resituating Oliver Twist’s fast-fingered yoots onto the streets of modern-day London, and a contemporary Fagin might well target the city’s fine art galleries. But the ponderous, Guy Ritchie-on-Ambien direction and hammy characters make it all a slog. The gang’s mark, an art dealer who describes himself with a straight face as ‘a mover and shaker’ and is played by a half-asleep David Walliams, is particularly caricatured, though Lena Headey’s cartoon villain Sikes runs him close.

And Law? Well, he’s the spitting image of his dad, Jude, and he does what he can to bring spark and a sense of fun. But there’s very little of either to be had here. Dodge it.