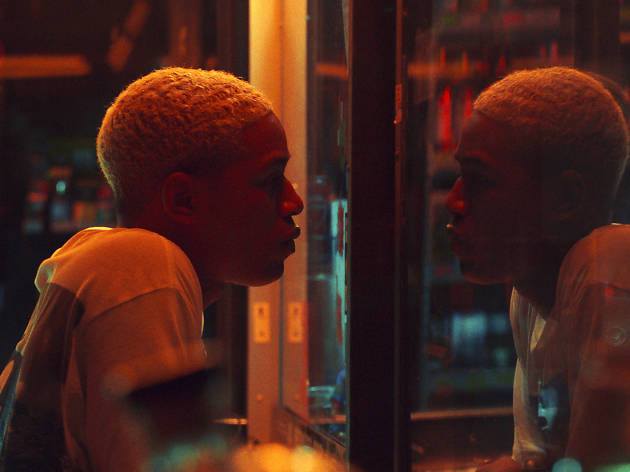 A golden boy loses his footing – and a younger sister gains hers – in Trey Edward Shults’s radiant family tragedy.

It’s taken him three films, but over the course of those indies, writer-director Trey Edward Shults has ruined Thanksgiving (2015’s excruciating domestic psychodrama ‘Krisha’) and spoiled the world with plague (the majestically paranoid ‘It Comes at Night’). Now, with ‘Waves’, he obliterates a hardworking Florida family before delivering some nearly cosmic forgiveness in the movie’s second half. All of his films feel like personal exorcisms – Shults may best be described as a non-supernatural-horror director – but this one is a true breakthrough.

Shults has a signature shot in which his camera rotates like the searching eye of a lighthouse, and ‘Waves’ exploits it beautifully. It’s how we meet the black high school wrestler Tyler (Kelvin Harrison Jr, impressively precise on his character’s steep decline), cruising in the car with his girlfriend. Shults takes in the happy moment with his swirling camera: Tyler swaddled in his middle-class comforts, with their attendant crush of expectations. Over the coming weeks, several bad things will happen to Tyler, a few of which are made infinitely worse by his own impulsive actions and confusion. ‘Waves’ turns this descent into an extended run of Job-worthy misfortune.

‘We are not afforded the luxury of being average,’ says Tyler’s father (Sterling K Brown, taut with concern), but apart from that line, ‘Waves’ doesn’t play like a statement on race so much as an indictment of the Kanye-scored, dumped-via-text pressure cooker that is being a teenager in 2020. (Shults, it should be mentioned, is white.)

But that isn’t all there is to ‘Waves’; its second section is where the movie widens into a kind of redemption narrative. Shaken by her circumstances, Tyler’s sullen younger sister, Emily (Taylor Russell), blooms with the attentions of a sweetly dorky boyfriend (Lucas Hedges), and gradually, this universe seems like less of a deathtrap. Shults’s technique finds a new intimacy as well – closer to the actors and yet less oppressive. ‘Waves’, like all of his films, is about family, but this time it’s not a portrait of suffocation. The artistic evolution Shults is undergoing makes him as exciting as anyone working today – he’s as sharp as a young Darren Aronofsky, and his heart is only growing larger.