Where to Invade Next 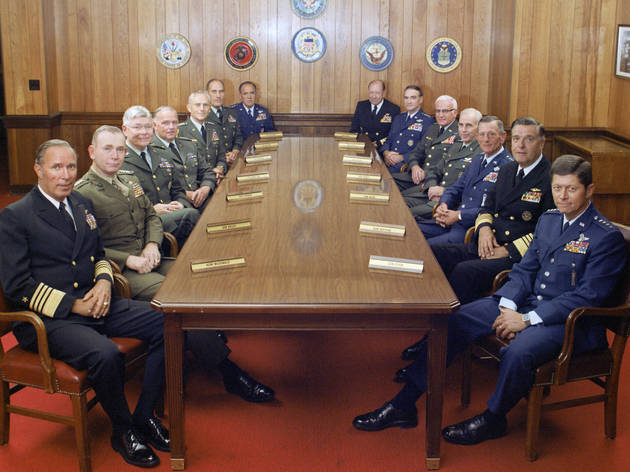 Michael Moore sets off on a world tour - not with war in mind, but with the hopes of learning what America could do better

Michael Moore, still the baseball-hatted icon of lefty discontent (if looking schlumpier 26 years after 'Roger & Me') delivers his latest documentary provocation, which refreshingly turns out to be one of his more hopeful and celebratory efforts. Of course, he’s celebrating everyone but Americans: after setting up his slightly wacky premise - a fictional meeting with military generals who, exhausted from their war-mongering, send him out to plant the US flag on foreign soil and steal their resources - Moore heads abroad to examine how foreigners live, work, play and punish.

The people and policies he comes to know will shock all viewers, not just the Moore faithful, who have come to settle for less. Sexy Italians enjoy six weeks of paid holiday and five-month maternity leaves, yet still boast higher national productivity. French state-school kids are taught to treat lunchtime like a class, tucking into cheese courses, lamb skewers and tomato salads. (Moore tries to push a Coke on a little girl who wrinkles her nose.) The documentary gets increasingly serious as we meet intelligent Finns with no homework, Slovenians with no college debt, Germans with no illusions about their national shame and humane Portuguese cops with no war on drugs (they’re not illegal there).

Of course the director is picking and choosing here - defaulting Greece is conspicuously absent - but only the stubborn will find fault in these compassionate social programs, many of which originated in the US itself. Money and taxes are at the root of the issue: Europeans pay more, but get more, all detailed in line items on their wages. (Meanwhile, in the movie’s most damning graphic, a typical American paycheque is brutalised by massive line-item deductions for defence spending and corporate welfare.)

The fury climaxes in Iceland, a country that prosecuted its fraudulent bankers and jailed them, putting female politicians in charge. 'Where to Invade Next' takes a defiant stand here, expressed in a stirring, horned-scored montage of feminist empowerment (the music is Björk’s overture from 'Dancer in the Dark'): 'If the world can be saved, the women will do it,' Moore offers. Simplistic, maybe, but definitely worth a shot.