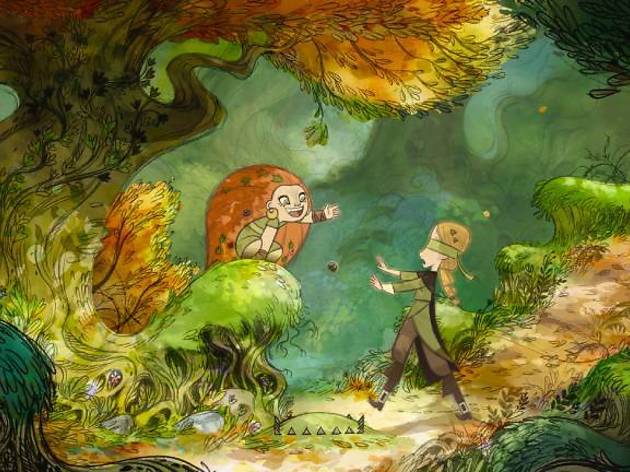 Ireland’s answer to Pixar, Cartoon Saloon, returns with another slice of mythical magic

To the names of Pixar, Aardman and Studio Ghibli, it’s high time to add Cartoon Saloon. The Irish studio may only be four movies in but it already belongs in the same lofty company as those animation giants. Its latest is another delight: a Celtic folk tale that puts a magical spin on real history and reclaims a grim era of Irish life in a flurry of old-school, hand-drawn animation techniques and honeyed autumnal colours.

The story is set in the studio’s home town of Kilkenny in 1650. The English invaders are an oppressive occupying force led by Oliver Cromwell (voiced with delicious menace by Simon McBurney). In their ranks are Robyn Goodfellowe (Honor Kneafsey) and her dad (Sean Bean), a footsoldier in Cromwell’s army. Charged with ridding the area of its wolves, the pair are soon venturing outside the city walls and into forests teeming with mythical life.

What follows plays out like a family-friendly skew on Game of Thrones – and not just for Bean’s gruff tones. The sense of history, folklore and dark forests teeming with magic all spark together like a Roman candle.

As with the other films in Cartoon Saloon’s loose folk-tale trilogy, The Secret of Kells and Song of the Sea, Wolfwalkers beautifully balances heady joys (of discovery and adventure) and deep sorrows (missing mums, brutal repression). It cracks jokes – look out for a gag involving a cartful of sheep that’s worthy of Aardman – and echoes ancient injustices. Writer-directors Tomm Moore, the studio’s co-founder, and Ross Stewart tie it all together with a sweetness that’s never saccharine and a refusal to shy away from the tough stuff that confronts every childhood. It’s the best bedtime story you’ll come across this year.

In UK cinemas now and streaming globally on Apple TV from Dec 11.