India is finally reopening its international borders this week 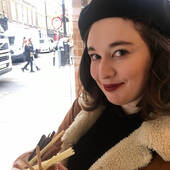 Right now, the world’s bucket-list travel destinations fall into two camps. Some are reopening their borders to at least some international travellers, such as Bali, Iceland and Vietnam. Others, including the US and Australia, have hinted that travel may resume soon, but concrete dates remain elusive. And then there’s India.

Travel to and from India has been suspended since the pandemic began, when the country implemented a strict lockdown. Now things are starting to open up again.

The Indian government has announced that it is finally starting to reissue tourist visas, meaning that trip of a lifetime might be possible again. Here’s what you need to know.

Can I travel to India?

India’s Ministry of Home Affairs has confirmed that visitors can arrive by chartered flight from October 15, with commercial flights restarting on November 15. Travellers from both the UK and USA will be allowed in.

It’s not yet clear what quarantine arrangements will be in place for travellers arriving in the country, but masks must still be worn on public transport. Social distancing is mandatory, with fines in some states. Currently, government rules state that all international arrivals will face a 14-day quarantine on arrival – but that’s likely to change once tourism restarts.

You should note that each of the country’s 28 states is allowed to set different rules for international arrivals, so restrictions may vary depending which airport you fly into. See here for a state-by-state breakdown.

Also: you’ll have to check that flights are running from your country, as some operators are yet to resume full service. The Ministry of Civil Aviation has strict guidelines on who can book a flight.

Can I travel domestically within India?

Short answer: yes! Indian domestic flights were allowed to resume from May 25, and passenger numbers have been growing steadily since.

Some states are actively trying to incentivise travellers, in order to reboot their tourist economies. For instance, the Himalayan state of Uttarakhand is handing out vouchers that are valid for hotel and home-stay accommodation.

At the moment though, other states (such as Delhi and Maharashtra, which includes Mumbai) are requiring domestic travellers to quarantine for seven or even 14 days after arrival. See here for a state-by-state breakdown.

That’s no reason not to keep planning that trip, of course. Check out our essential travel guide to the best of India, and start creating that itinerary.

Dreaming of that once-in-a-lifetime trip? Here are the 21 best places to visit in India.