Great works of are become great for a reason: They are compelling in a way that is both immediate and timeless. And this is certainly true of the best paintings, sculptures and other artworks you can find in the collections of The Met, the Guggenheim, the Whitney and elsewhere. But there is a dark side to the ways in which masterpieces can fire the imagination: They also inspire emotionally troubled or unhinged individuals to vandalize the work. The reasons they give for doing so range from religious visions to jealousy to claims that defacement represents a form of protest. (A famous instance of the latter involving Pablo Picasso’s most famous painting occurred right here at MoMA.) However unfortunate, the stories behind these incidents provide fascinating case studies in how great artworks have the power to move us, both positively or negatively. To prove the point, here are ten of the most infamous cases of art vandalism in history. 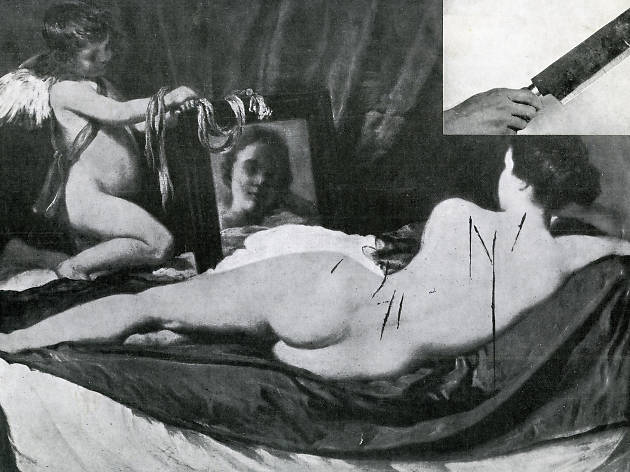 Diego Velázquez’s 1651 masterpiece, The Toilet of Venus (aka the Rokeby Venus), ran afoul of a good cause when women’s suffragist Mary Richardson walked into London’s National Gallery and took a meat cleaver to the Goddess of Love’s behind in protest of the arrest of a fellow suffragette. Richardson, a Canadian activist for women’s voting rights, was a flaming radical in a literal sense: She’d committed numerous acts of arson before she attacked the Spanish Old Master’s handiwork. She would later become a member of the British Union of Fascists during the 1930s. The painting itself was fully restored and returned on view. 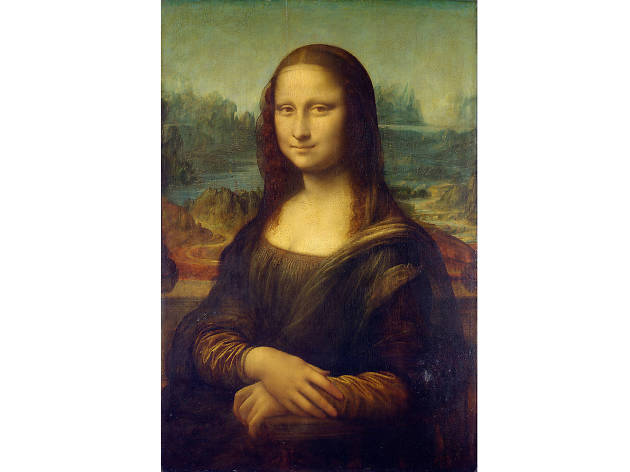 As the most famous painting of all time, Leonardo’s 1503 portrait has attracted more than its fair share of deranged admirers: It’s been attacked on four separate occasions—including two assaults within the same year. In 1956, the lower half of the painting was doused in acid while on temporary loan to a museum in Southern France; at the end of that same year, a Bolivian national named Ugo Ungaza Villegas threw a rock at the painting, resulting in a chip that was later repaired. The Mona Lisa was subsequently ensconced behind bulletproof glass, but even that didn’t deterred attacks. In 1974, a handicapped woman upset by the museum's lack of access for the disabled spray-painted the Mona Lisa while it was at the Tokyo National Museum; in 2009 at the The Louvre, a Russian woman mad at being denied French citizenship threw a mug at the painting—one that, conveniently enough, she’d purchased at the gift shop. 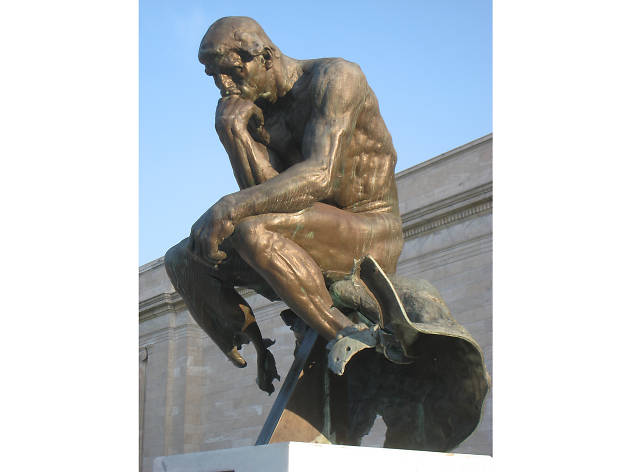 An original edition of Auguste Rodin’s iconic 1881 sculpture had occupied pride of place on the front steps of the Cleveland Museum of Art since 1917 when, in early 1970, it fell victim to a pipe bomb, which police believed was planted by same members of the radical Weather Underground who were later killed in the explosion of a Greenwich Village townhouse that served as their bomb-making facility. The effects of the blast on The Thinker (which tore off its lower legs and part of the boulder on which the figure sat) rendered it beyond repair, but Museum officials decided to put in back in place because it had been one of the last casts supervised by the artist himself. 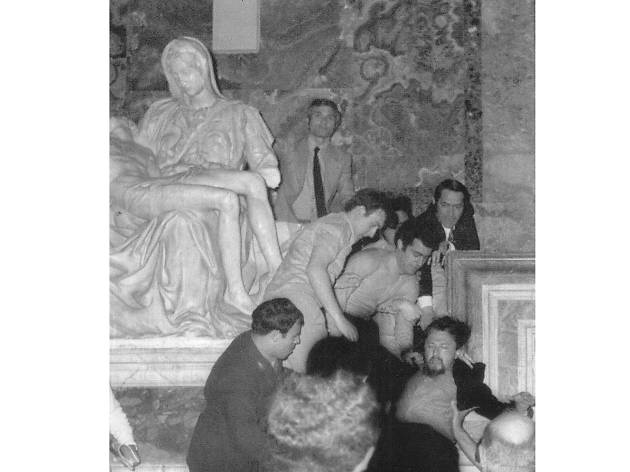 A Hungarian-born Australian geologist, Laszlo Toth attacked Michelangelo’s 1499 marble masterwork depicting the Virgin Mary cradling the dead body of Christ with hammer, while shouting, "I am Jesus Christ, risen from the dead!” Toth struck the Piéta 15 times, breaking off Mary’s arm at the elbow as wells as part of her nose and eyelid. A group of bystanders, including an American who repeatedly punched him, tackled Toth almost immediately. The incident, which took place during the Pentecost on May 21, was triggered by Toth’s long-held fantasy that he was Jesus; he’d even written the Pope the prior year to demand that he be recognized as The Messiah. Judged insane, Toth was committed to a mental hospital in Italy for two years before deportation back to Australia. He never faced jail time for is actions. 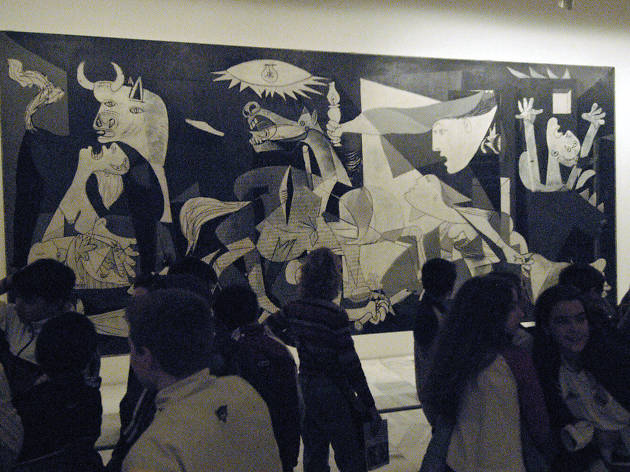 On February 28, 1974, a 30-year-old man walked into the third-floor galleries of the Museum of Modern Art and proceeded to deface Pablo Picasso’s Guernica by spray-painting KILL ALL LIES across it in red, foot-high letters. “Call the curator,” he reportedly shouted as guards grabbed him. “I am an artist.” Though the the New York Times portrayed the perpetrator in language usually reserved for social misfits or the mentally unbalanced, he had the presence of mind to alert the Associate Press in advance of what turned out to be a calculated stunt. Indeed, rather than sending him to jail, MoMA declined to press charges, and the man himself, Tony Shafrazi, later became a hugely successful art dealer, profiting from the careers of Keith Haring, Jean-Michel Basquiat and Kenny Scharf. Aside from garnering publicity, Shafrazi’s motivations were unclear, with him calling it an anti-war protest at some points and a retroactive collaboration with Picasso at others. As for Guernica, Picasso had stipulated that the painting—completed in 1937 and inspired by the Spanish Civil War that led to Fascist rule—be repatriated to his native Spain once democracy was restored. It was returned in 1981, and currently resides under bulletproof glass at Madrid’s Museo Nacional Centro de Arte Reina Sofía. 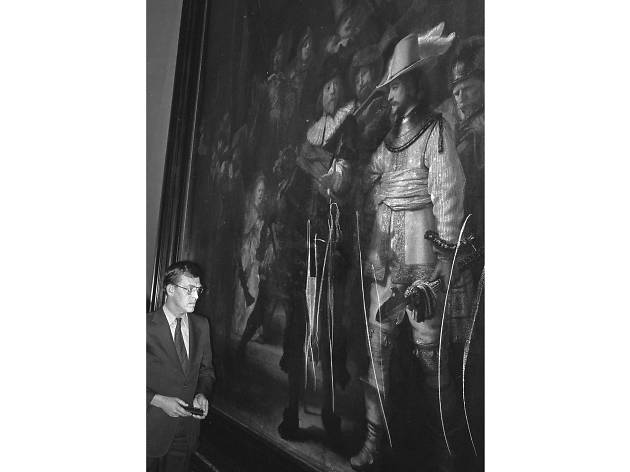 Three attempts to deface Rembrandt’s 1642 painting were made, though only one inflicted substantial damage. In 1975, William de Rijk, an unemployed schoolteacher, slashed the painting repeatedly with a knife before guards apprehended him. He was committed to a psychiatric hospital, where he committed suicide in 1976. It took six months to repair The Night Watch, and faint traces of the cut marks can still be seen. Sixty-four years earlier, a former cook with the Dutch Navy also attacked the The Night Watch with a knife, but luckily couldn’t manage to penetrate the painting’s thick varnish layer. In 1990, a man splashed an unknown agent on the painting, which Dutch newspapers identified as sulfuric acid, though officials at the Rijksmuseum in Amsterdam (where the painting is kept) refused to confirm the report. They did say the chemical was effectively neutralized before it could do any real harm. 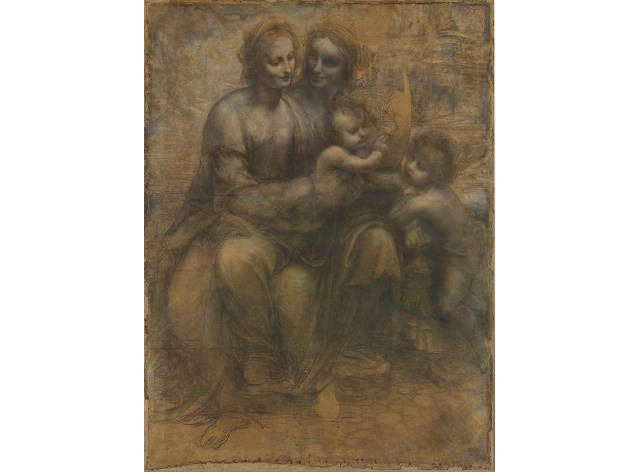 While hanging in London’s National Gallery, this large charcoal drawing created around 1500 became a gunshot victim when a man named Robert Cambridge peppered the work with a shotgun he’d hidden under his coat. Though he fired from about seven feet away, the pellets themselves didn’t damage the work. Rather, it was shards from a section of protective laminated glass pulverized by the blast. The result tore a six-inch diameter hole into a part of the drawing containing the Virgin Mary’s robe. In 1988, The New York Times reported that the restoration involved “an elaborate process in which dozens of tiny fragments of paper were glued back together, one by one.” Cambridge, meanwhile, was confined to an institution for the criminally ill after telling police he’d been motivated by his disgust with the policies of then-Prime Minister Margaret Thatcher. 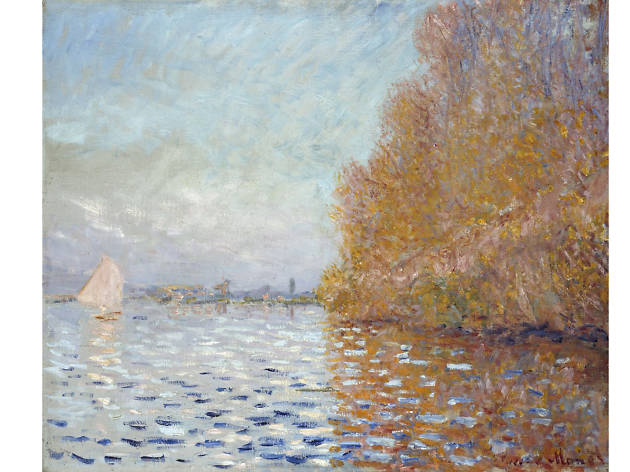 This 1874 Impressionist landscape owned by the National Gallery of Ireland had a sizable hole punched into its center by an irate man named Andrew Shannon, who did it, he said, to “get back at the state.” Later at his trial, he changed his story, avowing he’d merely fallen against the painting during a fainting spell. This explanation proved to be unpersuasive as he was sentenced to five years in prison. The painting, valued in 2012 at nearly $13 million, took 18 months to restore. 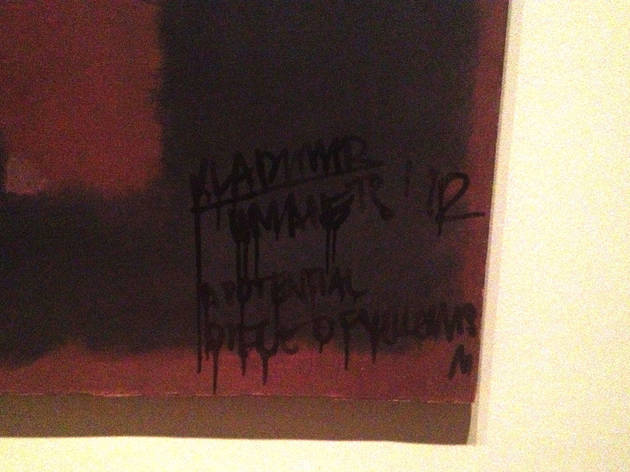 Rothko’s 1958 abstraction was defaced as it hung in London’s Tate Gallery by one Wlodzimierz Umaniec, an artist, blogger and sole proponent of an artistic philosophy he dubbed Yellowism (defined as neither art nor non-art, but rather “an autonomous phenomenon in contemporary visual culture.”) Using a black marker, he wrote "A POTENTIAL PIECE OF YELLOWISM" in the painting’s lower right-hand corner, adding the pseudonymous signature, Vladimir Umanets. Umaniec spent the next year in prison and after his release, professed his regret in an editorial written for The Guardian newspaper. 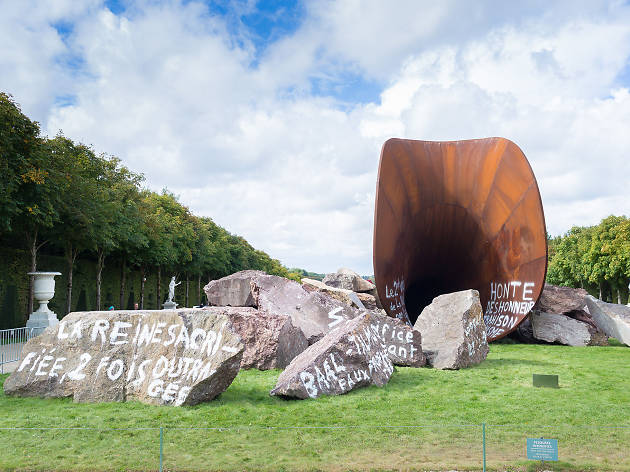 A large funnel-shaped structure originally fabricated in 2011, Dirty Corner is the creation of one of Great Britain’s most famous contemporary artists. In June of 2015 it was installed in the gardens of the Palace at Versailles, and thanks to its vulva-like shape was immediately dubbed “the Queen’s vagina” by detractors. However, the objections to the controversial piece—which Kapoor described as “very sexual”—went beyond jeering when someone threw yellow paint on it. After it was cleaned, the sculpture was again defaced, this time with Anti-Semitic graffiti spray-painted in white (though the artist is, in fact, Indo-British). Kapoor, who refused to have the piece cleaned a second time, blamed the second incident on France’s poor treatment of its Muslim population. 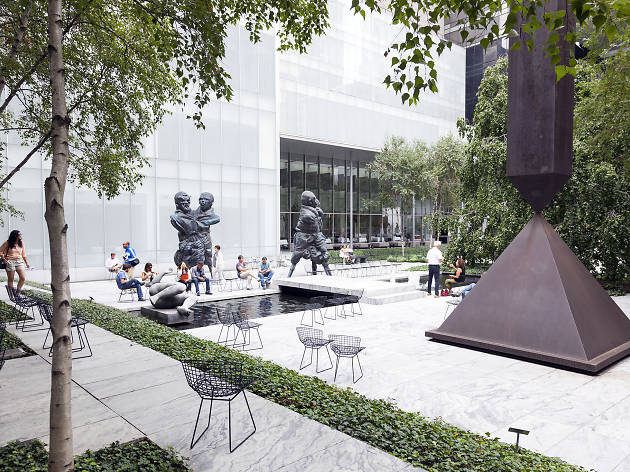 From the Five Boroughs to the Finger Lakes, we ranked the top sculpture gardens for outdoor art and exhibitions