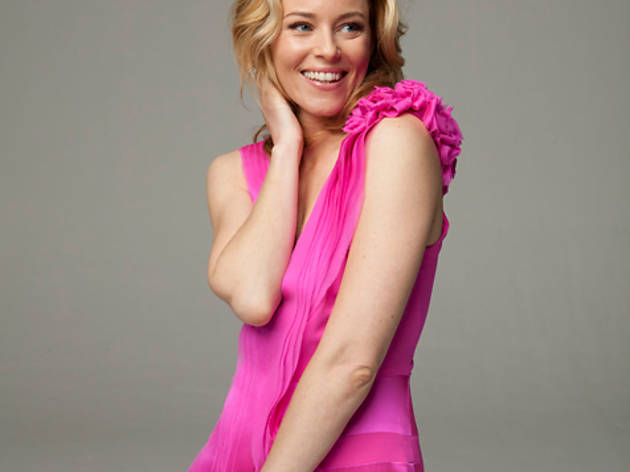 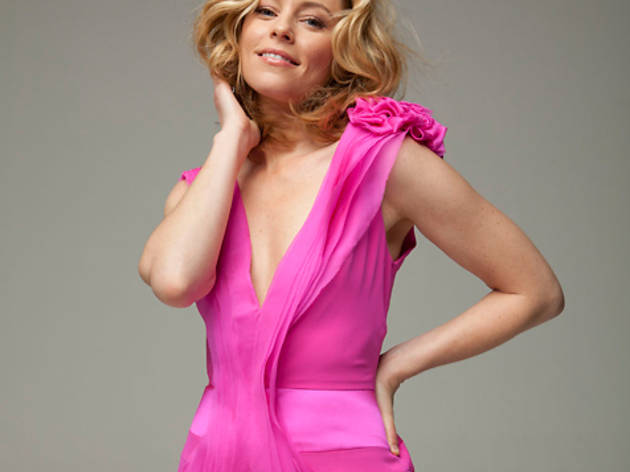 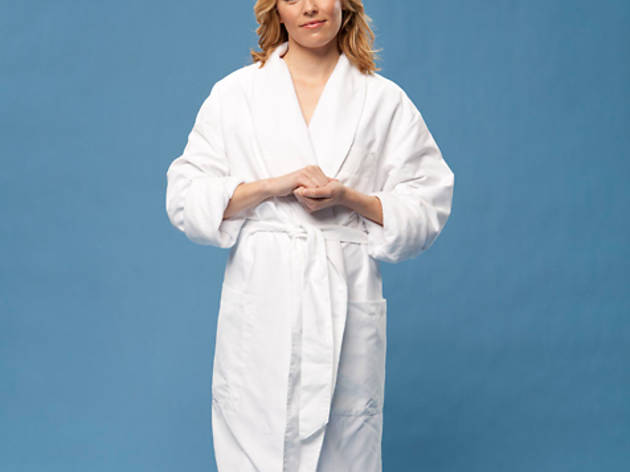 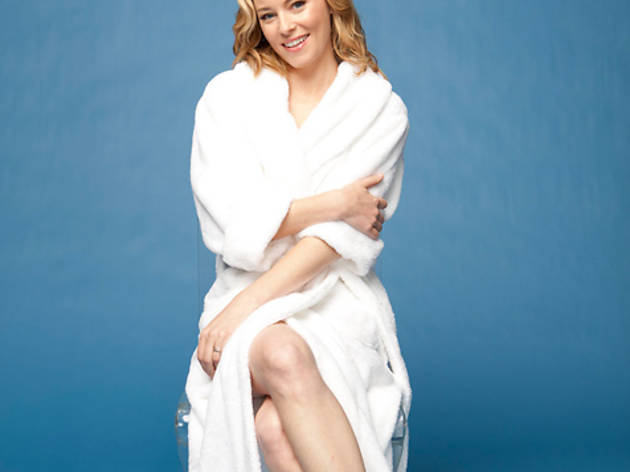 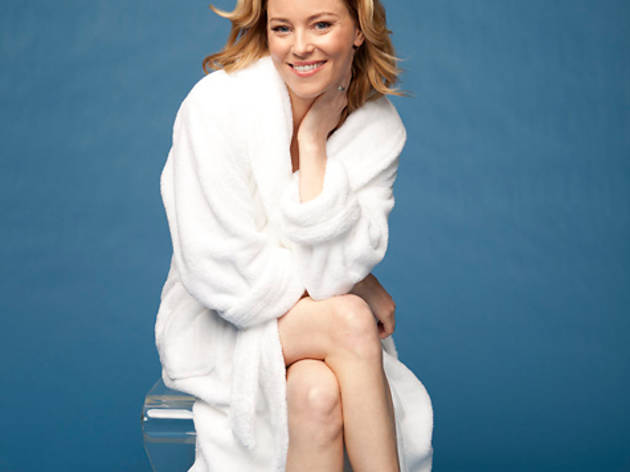 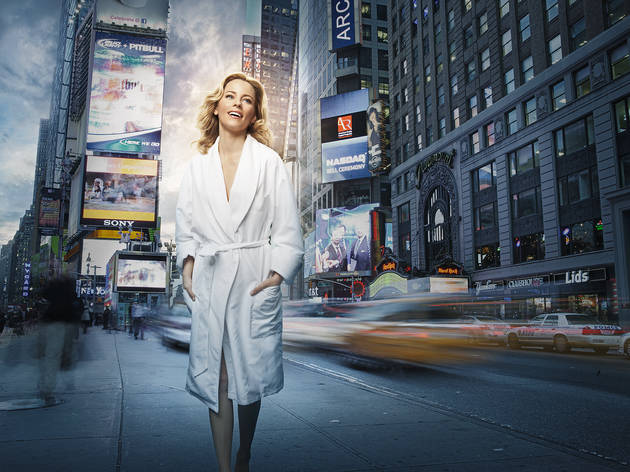 Your new movie, Man on a Ledge, is intense! What was it like filming so high up?
It was 22 stories above Madison Avenue, so a little over 200 feet, I think. The ledge itself was 14 inches wide, and we were attached by wires to a rig above us. I like to say that I'm not afraid of heights—I'm afraid of human error. We were harnessed in, but we were constantly checking to make sure no one had gone to the bathroom.

I hear you did all your own stunts.
I'm a bit of a thrill-seeker in that regard. One of the reasons I liked the idea of the movie was the filmmakers' commitment to shooting [Sam Worthington and me up there] for real. It's an easy stunt to fake. We did have to do some things on the stage, but we wanted the audience to feel like they were up there with us and sense the stakes were legit.

What's the most daring thing you've done in real life?
Probably cliff-diving from [the equivalent of] three or four stories high at Lake Mead, outside of Las Vegas. You're basically climbing up canyon walls and jumping in head first.

Speaking of potentially perilous situations, what's your dream scenario for your 30 Rock character, Avery, now that Kim Jong-Il's kicked the bucket?
My dream scenario is that she was actually planted there by the [American] government this entire time. She's a CIA operative who infiltrated the system and assassinated him, so when she comes back, she has to go on the run. She's going into witness protection in Europe.

The film focuses on you, a police negotiator; a fugitive played by Sam Worthington; and a bevy of conspirators. Which cast member would be best at talking someone off a ledge?
I think it would depend on the person on the ledge. The main thing they tell you about negotiations is that you're trying to empathize with the other person. If it was a straight male, then the best person would be Genesis Rodriguez [who plays the fugitive's brother's girlfriend].

Is she really empathetic?
No, she's just completely gorgeous! [Laughs] If she said, "Hey, come with me," any straight man would follow.

With whom would you want to fall in love?
I have a serious crush on Michael Fassbender right now. He's just so manly, handsome and effortless.

Anything else you're itching to try?
Yeah, I'm developing a live-action Tinker Bell project. That's my dream character. She's mischievous, fun, sassy and active. She's me!

The film adaptation of The Hunger Games comes out on March 23, and it's hotly anticipated by fans of the book trilogy. How did you prepare for your role as Effie, a handler from the dystopian Capitol?
A decent amount was the physical transformation. [In the film,] we live in an oppressed society. I'm one of the privileged citizens, so I wanted to be reminded constantly that I'm restricted in everything I do. All of my clothes were very tight and corseted. The other thing I really loved [about my outfits] was any aspect that would really antagonize [District 12's heroine] Katniss.

How so?
Katniss is very dependent on nature: She loves the woods and relies on them for sustenance. She's very respectful of the animals and plants. I loved the idea that Effie uses those things for adornments—she just doesn't care.

The Hunger Games are a fight to the death. If you had to do Effie's job and supervise a competitor, which costar—past or present—would you pick?
I think Mark Wahlberg would kick a lot of butt, but Josh Brolin would fight dirty, because he'd want to win. Mark would be super physical, but Josh would be very cunning.

What if you were the one battling 23 other people?
I would fight extremely dirty, 'cause I'm a very small person! I would do a lot of hiding, a lot of running away, with as little hand-to-hand combat and as little interaction as possible.

Do you think you'd win?
I think I could get pretty far! I would definitely be smart about it. I wouldn't make any alliances. I'd trust no one.

Since you're working a lot and you have your baby, Felix, at home, some TLC seems to be in order. Which spa in New York City is your go-to place?
I'm a fan of the Spa at the Mandarin Oriental (mandarinoriental.com/newyork/spa),where I normally get a deep-tissue massage. I don't go to be relaxed; I go to work out tension and knots. I like a nice, deep dig!

What type of spa treatments do you enjoy the most?
I recently had an amazing mud wrap [in Park City, Utah]. The aesthetician asked if I was claustrophobic, which made me wonder if I really knew what a wrap entailed. She said she was going to wrap me with foil and cover my eyes, which makes some people feel like they're in a coffin. [Laughs] I told her I thought I'd be okay, and I was.

What's the wackiest treatment you've tried?
The most ridiculous experience I've had was in Budapest. It's known for its bathhouses, and I'd never been to one of those. I had some giant Hungarian smack me with palm fronds. It was so painful [Laughs], but I was too embarrassed to say, "Please stop!"

Are there any other ways you like to relax when you're in NYC?
I love sitting in the penguin exhibit at the Central Park Zoo (centralparkzoo.com) and watching them glide around, especially on days when no one's there. I'm a huge fan ofMoMA (moma.org), especially since it's been renovated. I love exploring the sculpture garden or having tea there. I'm also a big High Line (thehighline.org) enthusiast.

Your son Felix's first birthday is approaching, right?
Yeah, it is. I'll probably be on the promotional tour for The Hunger Games, so I'm hoping we're in Paris for his birthday. He's a very good traveler so far, but [trouble is] coming for me, I'm sure!

What about siblings? Would you go through the surrogacy process again?
I think about it, but we'll see. He was a project. [Laughs] I don't know [about using a surrogate again]. Right now we're just enjoying Felix. We're still figuring out how to have a child 24/7 and still work and travel. It's a huge adjustment suddenly to be not just two people, but a family.