Scarlett Johansson interview: ‘I hate being out of control. And this film asked so much of me in that way.’

In the arresting Under the Skin, the star gracefully becomes an alien—not that it didn’t freak her out

Monday March 31 2014
FacebookTwitterPinterestEmailWhatsApp
Advertising
Already in the public eye for a decade and change since her breakthrough via 1998’s The Horse Whisperer, Scarlett Johansson stuns you with her still-29-ness: She’s amused by all the free food in her production’s lavish Waldorf Astoria suite, and will happily geek out over an old story about meeting David Bowie. On the other hand, there’s little doubt that, with the actor’s voice-only triumph in last year’s Her and now her performance in Under the Skin, a sci-fi dazzler set in Glasgow, Scotland, in which she sheds all human nature to become an alluring angel of death, Johansson might be entering a brave new adult phase of her career. We talked to her about her extraterrestrial mood, her lost anonymity and NYC.

Your director, Jonathan Glazer, is whispered to be the next Kubrick. Are we going too far?
He’s something else, definitely. Jonathan is—and there’s no bullshitting here—every actor’s dream. It was an unprecedented experience for me, working with somebody so insightful and curious. I don’t think I ever saw him on his phone once. I wouldn’t say he’s cool as a cucumber by any means, but there’s a lot of internal dialogue going on in there.

And some of it had to do with your interacting with actual Glaswegians on the street in alien character, to try to seduce them.
[Laughs, groans] We did those scenes toward the end of the shoot. It was Jonathan’s idea a couple of weeks before: “I had this idea last night.” And I was like, “Stop staying awake at night with these fucking ideas!” He said, “You’re going to drive around and pick up real people. I just think it would be great to see what we could get.” I said, “That sounds terrible.” And I spent the next two weeks totally dreading it and trying to convince everybody that it was unsafe and a bad idea. I hate being out of control. And this film asked so much of me in that way. I was pushed to my limits. And I kept hearing Jonathan in the back of the van saying, “You can do it!”

We see a lot of that footage—you pull it off well. Did anyone ever guess that you were, you know, just Scarlett Johansson with an ugly wig?
Never! We couldn’t possibly have shot it any earlier on, because you need such confidence. Otherwise it just falls apart. I remember this one guy; he didn’t end up getting in the car with me, but he chatted me up for a while. And he said at one point, “Hey, are you an actor?” I, of course, had a mini heart attack but tried to not show it. I said, “No, no—why would you ask me that?” And he said, “Because you’re fucking gorgeous!”

And…scene!
I knew after that, I could do this with success.

Meanwhile, becoming an alien in general must have been tough.
I found it really challenging, because there’s no way to relate your own experiences, since they’re completely irrelevant. I had to wash myself of judgment, self-awareness, anticipation, doubt. All the things that make us human. It wasn’t until the character—an “it”—becomes a “she” that she starts to identify with everything and be bombarded. That’s when I was able to relate. Before then, it was totally abstract.

She’s getting a real crash course in male behavior.
My character happens to be female, but I think it’s more a strategy of the species. This movie is never about a woman’s struggle. It has nothing to do with the power dynamic between men and women. It’s really about an alien figuring out how to fan her feathers. I think men who go on the prowl or whatever, “do the singles scene,” they learn those tricks too.

Someone looking at your career at this point, between Her and Under the Skin, might wonder if you’re trying to reclaim some anonymity.
Once you lose your anonymity, you always crave it. You never get it back. Of course, I’m probably jaded at this point: Good luck with that! I wish we didn’t try to expose the process of filmmaking so much. Yes, you can film people stumbling on the street and put it on your social network or whatever. [Fans actually did this during Under the Skin’s guerrilla shoot.] But the excitement of being able to blend in didn’t come from my being free of myself. It was more a thrill that it was working.

Does being in New York, your hometown, ground you?
Totally. That’s a huge part of my identity, being a New Yorker. I always feel at home here, completely myself. Which is better than being anonymous. The city allows me the freedom to do whatever the hell I want. I think that’s why people love living here. Born and raised! I’m not going anywhere.

Under the Skin opens Fri Apr 4.

Watch the trailer for Under the Skin 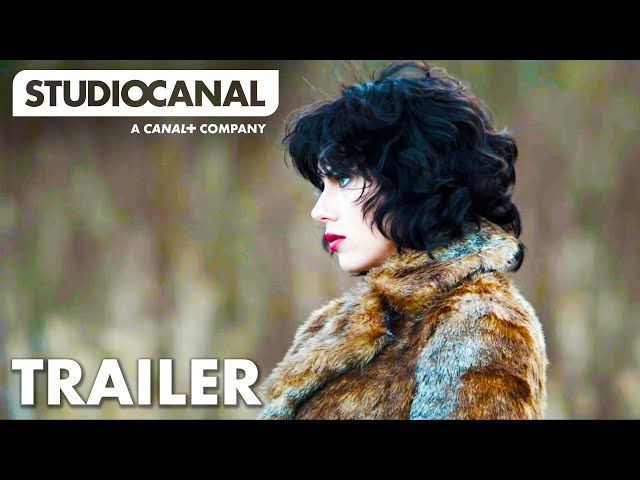 Rated as: 5/5
It’s an intoxicating marvel, strange and sublime: it combines sci-fi ideas, gloriously unusual special effects and a sharp atmosphere of horror with the everyday mundanity of a woman driving about rainy Scotland in a battered transit van.

Read the full review for Under the Skin