Jordan Peele and Allison Williams took two very different paths to reach contemporary-comedy stardom (okay, at the very least, semi-stardom). And they couldn’t be much more different on the phone, either. On a transatlantic conference call made while Williams, 28, was traveling in London, 37-year-old Peele (co-creator of the dearly departed, audacious sketch series Key & Peele) comes off like an endearingly earnest movie geek. Meanwhile, Williams (who explored a more intimately, dramatically awkward brand of comedy as Marnie on Lena Dunham’s Girls) has the preternatural breeziness of someone who grew up around fame. (If you didn’t already know, her dad is journalist Brian Williams.) Yet dissimilar as they may seem, the two prove a perfect match.

Peele’s upcoming directorial debut, Get Out, brings them together on unexpected stylistic ground: a legitimately scary psychological thriller. Williams costars as Rose, who takes her black boyfriend Chris (Daniel Kaluuya, from the Franz Kafka–meets–American Idol episode of Black Mirror) out of town to meet her parents, played to creepy effect by Bradley Whitford and Catherine Keener. The bubble of bucolic white privilege the couple finds themselves in becomes a delicious setup for this suspenseful exploration of 21st-century racism that Peele calls “the horror version of Guess Who’s Coming to Dinner.”

I went into Get Out expecting a horror satire, and I was pleasantly surprised to find that it’s actually a straight-up horror movie.
Jordan Peele: The movie’s got a unique tone. The one we were aiming for is The Stepford Wives or Scream, where it’s decidedly a thriller, but it’s fun. It’s energetic, and it has laughs that feel earned. I think there will be some confusion, but people will like what they see.
Allison Williams: When I describe it to my friends, I say that for a lot of it, it feels kind of like an indie movie, but you feel a different genre lurking around the corner. It’s not at all like an indie satirical-horror movie. But honestly, whatever audiences come into the theater thinking it is plays to our advantage, because then we’re fucking with them even more.

Jordan, as a horror superfan were you at all nervous about stepping into the genre as a filmmaker?
JP: I feel like horror and comedy are very closely related. I think a lot of the times we’re in a high-tension situation, there’s a laugh moment because someone actually reacts in a very realistic way, which is kind of rare in horror movies.

Did you ever feel like you had to consciously keep it from getting too funny?
JP: I think because of the subject matter of the movie—race—it felt like if it plays too funny, then it just becomes a Key & Peele sketch. If it plays too scary, it’s a little too real and depressing. The thing I’m most proud of as a director is the job that the actors did. Every performance is a real treasure. There’s no blooper reel. It was never that type of movie.
AW: To Jordan’s credit, a lot of his work before we got started was honing [the film’s] tone. If just one of us missed the tone, the whole thing would have fallen apart.

“The only way to do this was to take a group that tends to profess that they’re not racist and start to poke holes in that argument.”—Peele 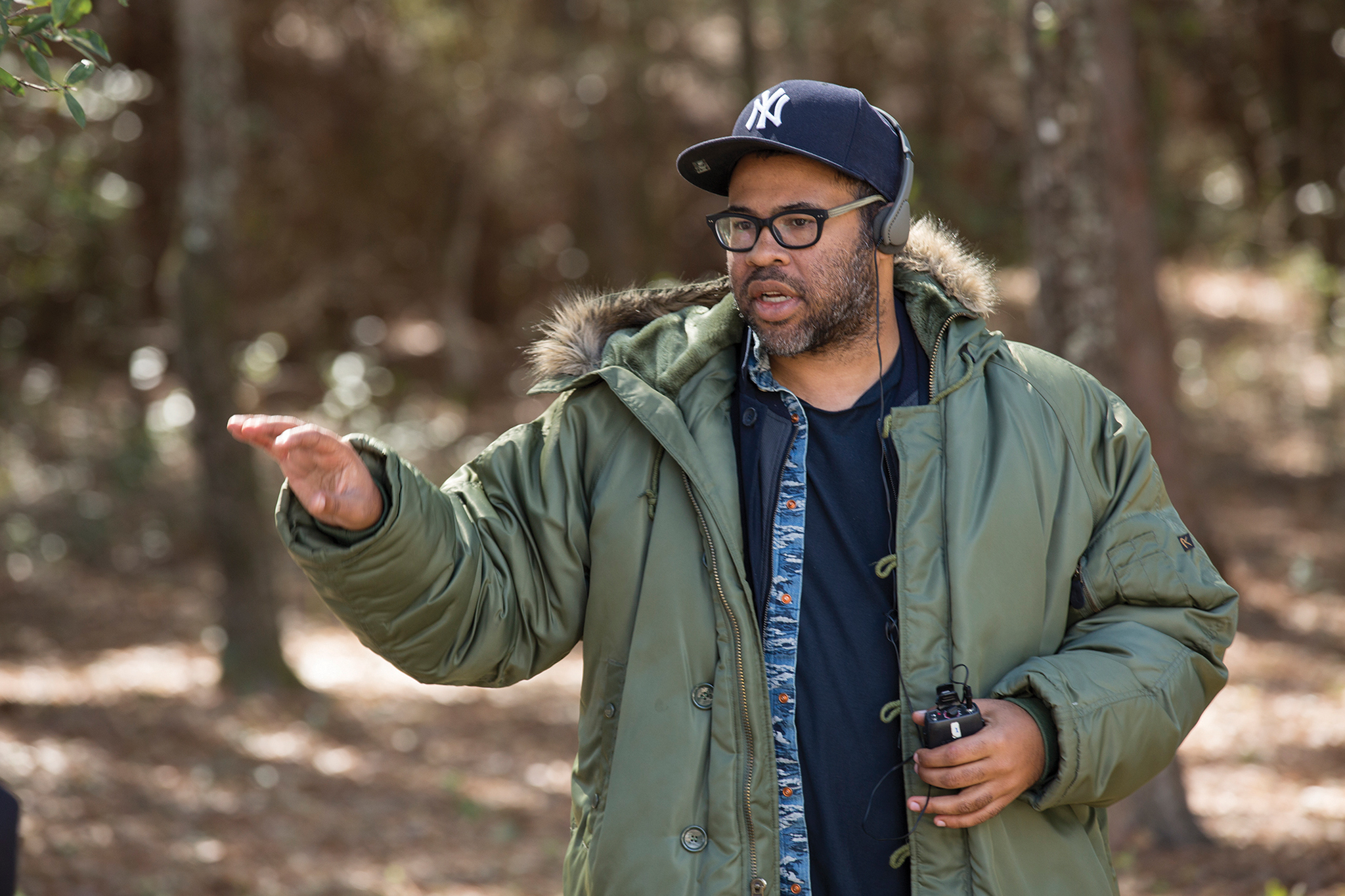 Get Out’s IMDb page has a message-board thread titled “Straight up racist.” How do you start a conversation about race when so many people seem to think that even talking about it is somehow racist?
JP: Allison and I are very used to the internet voicing its opinion.
AW: [Laughs] What? I don’t know what you’re talking about. The internet loves everything Girls has ever done. But the idea that it would be sort of thoughtlessly, lazily racist? It’s silly to me. I can totally understand how that could be the knee-jerk response to it. And I’ve felt from the beginning that any scenario where people are walking out of a theater debating the movie is a great one, because that means the conversation continues over dinner. The more people who are seeing it and talking about it, the better. A movie like this lives or dies by those conversations.
JP: I definitely realized that the pitch for this movie is problematic. [Laughs] There are many ways to make this movie for it to feel exploitative or hateful, so I took a lot of care to make sure it wasn’t, quite frankly.

The film shows a whole range of different ways white people act weirdly and awkwardly around black people. Are there any in particular that make you cringe?
JP: I think that there are a lot of mistakes that white people make when they approach a racial situation. I think there are a lot of mistakes that black people make when they approach a racial situation. There’s definitely a piece of this movie that’s about this thing that’s being called microaggressions—I prefer good old terms like “subtle prejudices”—that pop up in daily conversations, especially in a situation where there’s one African-American in an environment of white people. For the lone black person, there are fears of being put into that situation. From the white side, you have these little instances where people are trying to connect on a racial level that feels uncomfortable from the black side. I love, in the movie, when the guy comes up to [Kaluuya’s character] Chris and says, “I do know Tiger [Woods].” Which on the surface is a very harmless thing, but in the movie we start to ask the question: How harmless is that interaction exactly?
AW: Pretty much the entire cocktail party is just full of those little comments: Rose’s ability to predict that her dad will say that he would’ve voted for Obama a third time, watching him say “my man” and how much that bothers Rose….

One interesting thing about the setup is that it isn’t a movie about racism set in the Deep South with a bunch of cross-burning hillbilly stereotypes. It’s a bunch of East Coast elites.
JP: To me, the only way to do this was to take a group that tends to profess that they’re not racist and start to poke holes in that argument. It’s so difficult to discuss race, to be honest with you. I feel like the way we discuss race in this country is broken. I tend to focus my commentary in these fun little nuggets of entertainment like Get Out; it represents my point of view in the situation.

“Honestly, whatever audiences come into the theater thinking it is plays to our advantage, because then we’re fucking with them even more.”—Williams

Kaluuya and Williams in Get Out

Get Out’s opening a month after the official start of the Trump era. How do you feel that the film reflects this moment?
JP: The problem we’re dealing with isn’t new. It’s just louder. It doesn’t mean we’re living in a more quote, unquote “racist” time than we have been. So I think discussion about racism is more important than ever. I very specifically didn’t want to make this movie about the type of people you’d imagine voted for Trump. I wanted to make this movie about the liberal elite to sort of point out a shiftier enemy than the stereotypical racist. I can’t say that I made this movie about Trump or his supporters, but I think the discussion that this movie opens up is very, very relevant to that. We live in a time when hatred is louder and prouder than it has been in the past.
AW: I texted Jordan this fall when all the protests were going on, and I said, “I wish that the movie was coming out now.” And he said, “Sadly, it’s going to be no less relevant in February.” This is an issue that we’ve always not dealt with. It was always an issue that would benefit from trying another way to get people to talk about it. Maybe through the lens of a horror movie.

You were both part of TV shows that were held up as symbols of widespread changes in social values. How has that affected you?
JP: For me, Key & Peele was the ultimate playground. I think there are two things that I really took away from it that changed me: one is the ability to produce anything, just to know what needs to happen in production to make something; second would be honing that ability to walk a tonal tightrope.
AW: For Girls, not being the architect of the show myself, one of the most fortuitous things was that I got to ease into this industry by watching Lena navigate all of it. I’ve learned a lot from that. She’s one of my closest friends, but also, as a coworker watching her deal with a lot of the issues that came up because of Girls—the insane levels of scrutiny, the criticism—all of it was a really good lesson for me. Sometimes that involves watching [the audience] pick it apart, and other times that involves watching them deeply understand it exactly the way you dreamed that they’d watch it.

Get Out opens February 24.

Watch the trailer for Get Out 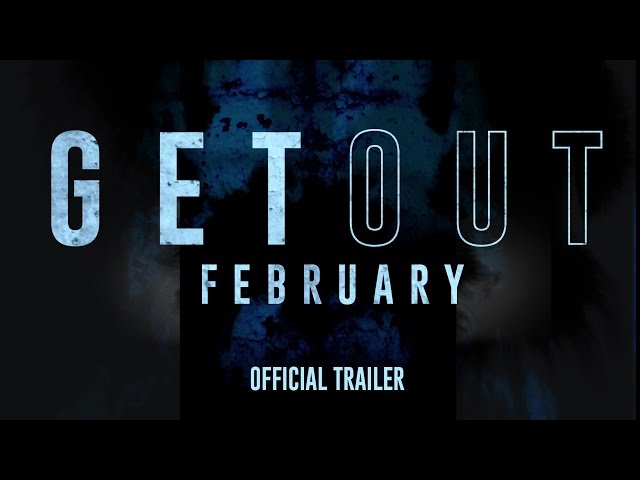