Given that he broke into the entertainment world as a teenaged journalist for Rolling Stone and later married the lead guitarist of Heart, it’s hardly a surprise that Cameron Crowe’s movies are overflowing with great music. But it’s not just his taste that has made his films so fun to listen to—Crowe possesses a rare knack for knowing exactly when to deploy a certain song for maximum emotional impact, and almost all of the most iconic moments from his movies are inextricably connected to the music that’s playing behind them.

With Aloha hitting theaters this Friday (complete with a soundtrack that spans from Fleetwood Mac and the Tallest Man on Earth to local Hawaiian musicians like Ledward Kaapana), we thought it would be fun to look back at the best music moments in Cameron Crowe movies. And it was. Check out our picks of the top 10 below.

The only thing that Cameron Crowe loves more than a good needle drop is a good needle drop that’s introduced by one of his characters belting out the soundtrack’s featured song. This pick in Vanilla Sky, symbolic of all the sing-alongs in Crowe’s films, could just as easily have gone to John Mahoney’s Steely Dan cover from Say Anything… or the bit in Jerry Maguire in which our hero delivers an impassioned rendition of “Free Fallin,” but it’s like I always say: When life hands you the opportunity to post a video of a heavily scarred Tom Cruise screaming along to Joan Osborne, don’t blow it.

Cameron Crowe may not have directed Fast Times at Ridgemont High, but it’s certainly his story, if not his movie. (The screenplay Crowe wrote for the film is based on the time he spent posing as a high school student for a Rolling Stone article.) Like many of Crowe’s best projects, Fast Times was quickly overshadowed by its most indelible music moment. The slow-motion shot that shoved a generation of adolescent boys into puberty, Judge Reinhold’s masturbatory fantasy of a soaking wet Phoebe Cates snapping off her bikini top may not have needed the perfect song to get the job done, but the thick cheese riffs of The Cars’ “Moving in Stereo” cement the illusion that we’ve been granted a window directly into the head of a high school kid.

This YouTube-friendly SFW version of this clip puts a damper on the effect, but you still get the idea.

Singles didn’t mean to become the defining cinematic portrait of Seattle’s early grunge scene, and it’s still sort of strange that it did—regardless of how you feel about flannel, the cultural moment that produced the likes of Nirvana and Pearl Jam was probably never as natural a backdrop for a romantic comedy as Cameron Crowe might have you believe. Still, Singles earns a ton of good will by setting its meet-cute during a menacing Alice in Chains anthem, creating one of the only scenes in the movie where the cutesy dialogue is meant to feel as awkwardly out of place as it does. 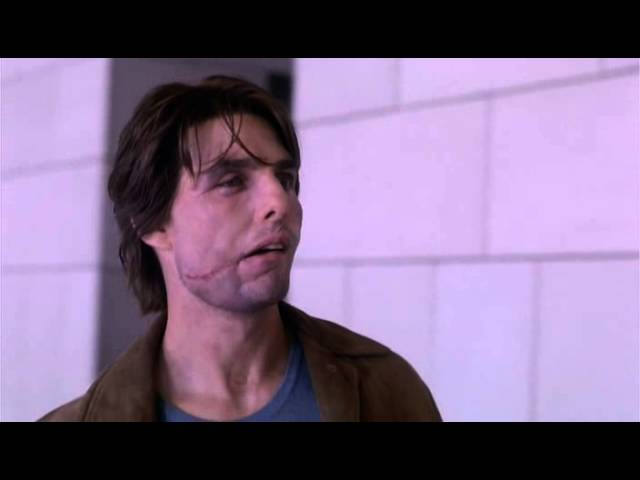 Vanilla Sky was an obvious change of pace for Crowe, and it allowed him to do something that he had never really done before: Use pop music to create a feeling of dissonance. When David Aames goes to the Life Extension offices in order to be told about the benefits of being cryogenically frozen, he realizes that he’s actually in the middle of his own lucid dream (Tilda Swinton has that effect on people), and that it’s quickly slipping away from him. He freaks out, screaming for tech support to come put him back together and running through the hallways like a madman as Brian Wilson’s immortal surfer jam rises on the soundtrack like a taunt. The clash between the tone of the music and the panic of the movie results in the feeling of one very bad trip. “It’s a nightmare!”

Truth be told, the power of this scene in Say Anything… has been eclipsed by its iconography. It’s not even a scene, really, so much as a solitary image of John Cusack holding that boombox over his head as Peter Gabriel does the rest of the work for him. But while the song choice makes the moment feel like a romantic gesture at first blush, this bit has endured because it’s ultimately such a heart-on-his-sleeve act of defiance. Of course, there’s a thin red line between fighting for love and being a teenage stalker, but our boy Lloyd Dobler made sure he knew how to walk it.

Note: Apologies that the clip is a fan montage, but that’s the best thing YouTube had available. 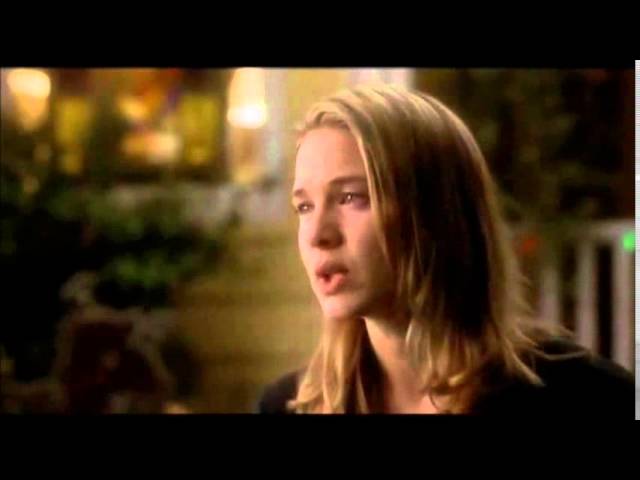 Cameron Crowe has always been at his best when he’s swinging for the fences, and Jerry Maguire found the director calling all of his shots like he was Babe Ruth (an excusable metaphor to describe a movie about the personal and professional struggles of a sports agent). In one of the film’s pivotal scenes, Jerry and his sole employee / girlfriend are realizing that their respective needs might not dovetail as perfectly as they’d like.

Enter Bruce Springsteen and the synths, as his surprisingly dirty ballad of resistant love (sample lyrics: “She’ll let you in her mouth if the words you say are right”) begins to build in the background. Despite having been written prior to Crowe’s story, the tune might as well be a plot song, and its ethereal sense of anguish is the perfect soundtrack for the kind of movie-script romance that bends only so it can snap back into place.

“This song explains why I’m leaving home to become a stewardess.” Nine times out of ten, Cameron Crowe is trying to amplify an emotional chord rather than play against it. In this lynchpin scene from the autobiographical Almost Famous, which feels as though it’s been burbling in his brain ever since he first lived some version of it, the filmmaker’s young proxy is told by his sister that, well, she’s going to look for America.

The music does a lot of the heavy lifting here, but this moment clarifies why it’s one of the most impactful pop songs of the 20th Century: Paul Simon captures, in a wistful little melody that looks out towards the horizon, the romance of leaving home to see the world. The mystery, the adventure, the memories (the song is told like a memoir in motion). The only thing that’s unclear here is whether the song seduces William Miller, or if it simply puts a sounds to a feeling that had already taken ahold of him. 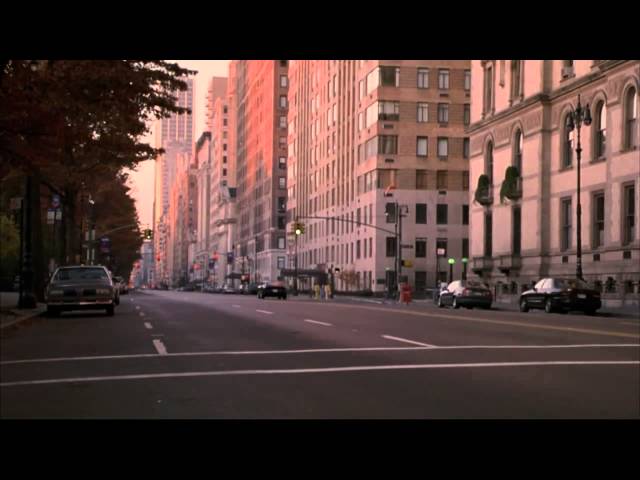 It’s starting to seem like Vanilla Sky is a mess of great music cues in desperate search of a movie to hold them together, so it’s fitting that this English-language remake of Alejandro Amenábar’s Abre los Ojos kicks off with one of Crowe’s very best. The film, which does its best to define and occupy the nebulous gray area between dreams and reality, famously begins with a sequence in which David Aames (Tom Cruise) wakes up to an empty New York City. The song used to introduce that eerie, destabilizing nightmare is Radiohead’s “Everything in its Right Place,” the opening track of their monumental LP, Kid A, which—much like the film it precedes—is defined by how it obscures the line between humans and the technology they continue to chase forward. 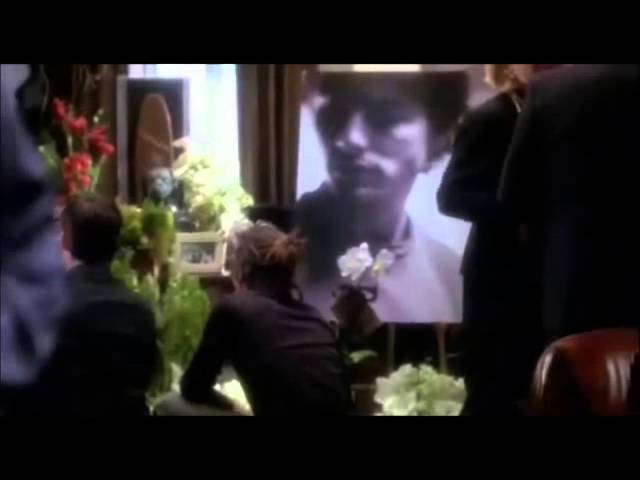 The last 30 minutes of Vanilla Sky may be a tidal wave of expositional nonsense, but Crowe’s soundtrack so smoothly transitions from one beat to the next that it’s easy to forget how you’re just watching Noah Taylor explain the entire plot to Tom Cruise as they ride a space elevator to the top of a dream world. Perhaps the most effective grace note comes when the movie peeks in on David Aames’s funeral, the repetitive hymn of Spiritualized’s “Ladies and Gentleman We are Floating in Space” building to a crescendo as we see Sofia Serrano shedding a tear for the deceased—she did care!

The simple lyrics of the song are essential to the moment’s effect, as Crowe tries to cut away all the rhetorical bullshit and find the beating heart of a story about two people who were just looking for a little bit of love (to take the pain away).
Read more

And then there’s this. The perfect collision between song and scene, this whole bit really works (read: is not insufferably cheesy) because Penny Lane and the boys from Stillwater are so self-aware of what’s happening here, all of them consciously using the music to bring the band back together after the most trying night of their biggest tour. It helps that the lyrics—written by Bernie Taupin, not Elton John—are an ode to all the women of the open road, celebrating the romance of multitudes over the drama of settling down with just one special someone. By the time Penny Lane tells William Miller “You are home,” it’s easy to take her words at face value, because everyone in the bus is screaming her theme song. It might not be the one from which she borrowed her name, but it’s the one from which she borrowed her life.
Read more

Watch the trailer for Aloha