It was a good year for music. Was it a good year for music? Judging by the 16 albums our editors cited as their favorites, we'd say yes. From hip-hop to indie rock to flamenco, there was plenty to immerse yourself in. And this is, of course, just a sampling of 2018's worthwhile releases, but it should be a good start if you've been feeling stuck on repeat. (And make sure to scroll down for the playlist.)

There’s a Riot Going On, Yo La Tengo

No record challenged me to slow down and listen as much as There’s a Riot Going On, which juxtaposes its political title (a Sly & the Family Stone callback) with softly sung indie rock and spare, ambient interludes. The NYC-area trio has been playing together for three decades, and its 14th album is a testament to the simple rewards that come with patience. In a chaotic year—decade, life—this album’s monumentally gentle songs act like medicine.—Andrew Frisicano

While the New York–based composer painstakingly arranged each note on last year’s excellent Bloodroot, Ultraviolet finds Moran drawing from instinct, with songs that emerged from fluid improvisations. The album augments her prepared-piano explorations with collaborator Oneohtrix Point Never’s electronic flourishes and taps into a sonic flow that is breathtakingly transportive.—Ro S

Care for Me, Saba

Grappling with the sudden death of his cousin and collaborator, Walter Long Jr., Chicago rapper Saba confronts his grief throughout Care for Me, but the record doesn’t get lost in the darkness of despair. Spinning dense remembrances of his time with Long, Saba eulogizes his fallen comrade atop jazz-inflected beats while recognizing his own mortality, too. In a world where it’s easy to be haunted by the digital presence of the departed, Saba creates an intimate document that’s worth revisiting for both the stoic wisdom it imparts and the raw memories it preserves.—Zach Long

The veteran rapper hadn’t released an album since 2015, so fans weren’t just hungry—they were damn near starving. Thankfully, Daytona satiated on every single level. The album benefited from Kanye West’s expert production (without Ye’s exhausting tornado of media bullshit), and captured Pusha T at his most lyrically agile in years. There’s no wasted space on the tight, seven-track record, which didn’t declare “I’m back!” so much as “I never really left.”—Ryan Pfeffer

Celeste is a video game about climbing a mountain that reaffirms the sense of progress to be found in failure, but you don’t need to pick up a controller to relate to its anxiety-ridden score. Raine’s synth sequences are full of criss-crossing arpeggios that, like the game’s mirror motif, are persistently reprised and rephrased to highlight the balance of light and dark. Multipart suite “Resurrections” floats through a lucid dream state with a creeping sense of foreboding that spirals into a nervous, baroque squelch, only to crash into a delicate piano coda that ultimately brings—deep breath—hope.—Michael Juliano 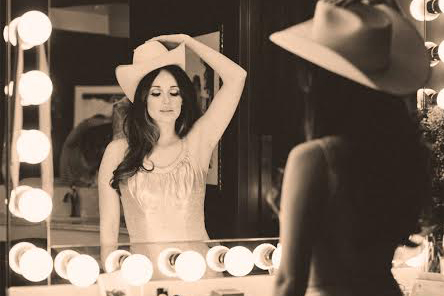 The East Texas singer is a prism of talent: She has the voice of an angel and is one of the sharpest songwriters working today. Her third album, Golden Hour, invokes the light that shines upon her, casting rainbows around you with every listen. It’s a country-pop record (with a dash of twang) that encapsulates those short-but-sweet, life-affirming instances of gratitude for not only the beauty but also the pain that got you through.—Jennifer Picht

Spanish singer Rosalía's vision coheres into razor sharp focus on her latest effort: an elegant fusion of her classical training in flamenco and modern pop sensibilities. Winding as easily between handclaps and nylon-stringed guitar as Justin Timberlake samples and reggaeton beats, she crafts an immensely unique and evocative style here—one both rooted in the local specifics of her Andalusian history and generative of new futures with universal appeal.—Ro S

Admittedly, I love Kanye as much as Kanye loves Kanye—especially when he puts on his producer hat. Few artists can layer samples as flawlessly as Yeezy, so, expectedly, my picks for best albums of 2018 go to two of the five (!!) he produced this year: Ye and Teyana Taylor’s K.T.S.E. Even the lyrically challenged Ye (it lacked his usual sharpness)  benefits from hook after hook, particularly on “Ghost Town,” the poignant segue track to his Kid Cudi collab, Kids See Ghost. Yeezy reined it considerably on K.T.S.E. with sexy ballads that transfix in a different way—lest we forget the ballroom anthem “W.T.P.” The man knows how to cut a track.—Virginia Gil

Bottle It In, Kurt Vile

On Bottle It In, Kurt Vile pulls back those wavy locks, peels open his head and lets us inside a rock n' roll philosophy similar to the title of the album’s sixth track: “Rollin With the Flow.” Sprinkled with all the rollicking guitar licks he does so well, Vile rolls around in songs that feel like those first few moments of consciousness when you wake up in the morning, before your eyes can focus on anything in particular. But it’s okay if things are a little blurry, Bottle It In assures its listener. Just tune out the noise and float.—Ryan Pfeffer

Sparkle Hard may not pack many surprises, but in a world that’s spinning backwards there’s a comfort to Stephen Malkmus’s consistently excellent and gradually maturing post-Pavement output. Malkmus’s penchant for fuzz is on display in the opening crunch of “Cast Off,” but it’s his sweet melodies that make Sparkle Hard a standout. “Middle America” ruminates on aging, #MeToo and grasping for attention in the social media age, all wrapped in an earnest hook that stands with Pavement's classics.—Michael Juliano

Bob Dylan has always asserted that Blood on the Tracks’ masterfully messy lyrics weren’t autobiographical. But that sounds even more like nonsense after listening to the single-disc version of this exhaustive bootleg compilation, which manages to make the pored-over classic sound new again. These unearthed 1974 early cuts avoid the final pressing’s overly slick studio sound and hurried pace in favor of the intimate coffee house aesthetic of Dylan’s heyday. The stark, mostly acoustic arrangements prove a better match for Dylan’s gut-punch confessions of a crumbling marriage, most dramatically on the wrenching “You’re A Big Girl Now.”—Michael Juliano

Strewn with burst of distortion and digital artifacts, the latest album from indie rock veterans Low seems to channel the sonic chaos of a malfunctioning set of AirPods. The result of two years spent deconstructing songs in the studio, Double Negative surrounds the pristine harmonies of Alan Sparhawk and Mimi Parker with warped arrangements that routinely obscure the group’s slow-burning melodies. It may seem like a daring direction to take, but after a quarter century of making music, Low is uniquely equipped to harness the beauty that hides amid mayhem.—Zach Long

Not quite neoclassical and not quite techno, pianist and composer Nils Frahm’s sprawling brand of instrumental music finds a meditative middle ground between old and new. Blending grand pianos, analog synthesizers and a custom-built pipe organ fed through a vintage reverb chamber (a perk of recording in a ‘50s radio studio), Frahm carefully sculpts the sounds that populate All Melody, finding emotional resonance in painstakingly layered tones. “This is the record I was dreaming of my whole life,” Frahm told us earlier this year, which explains the sense of intention behind every note.—Zach Long

The Colombian-American singer's debut album changes lanes nearly every song, skipping between Winehouse-ian soul, Lana-like ice balladry, Robynesque disco-pop, au currant reggaeton and slinky retro-funk. But instead of coming off disjointed, the album is held together with her unique magnetism. The songwriting is tight and the melodies are catchy, bolstered by the artist's mix of swagger and vulnerability. With guest spots from Jorja Smith, Reykon, the Internet's Steve Lacy, Tyler the Creator and P-Funk legend Bootsy Collins, Isolation plays like a mixtape made by your most plugged-in friend.—Andrew Frisicano

Japanese five-piece Kikagaku Moyo are one of the most skilled and loyal psychedelic-rock devotees playing at the moment. With Masana Temples, the troupe has crafted a pristine studio nugget of wide-screen guitar grooves. What they lack in wildness, the band makes up for in precision, dynamics and composition; the record's cinematic pans and wah-pedal swooshes are layered with care and love.—Andrew Frisicano

Listen to songs from our favorite albums of 2018