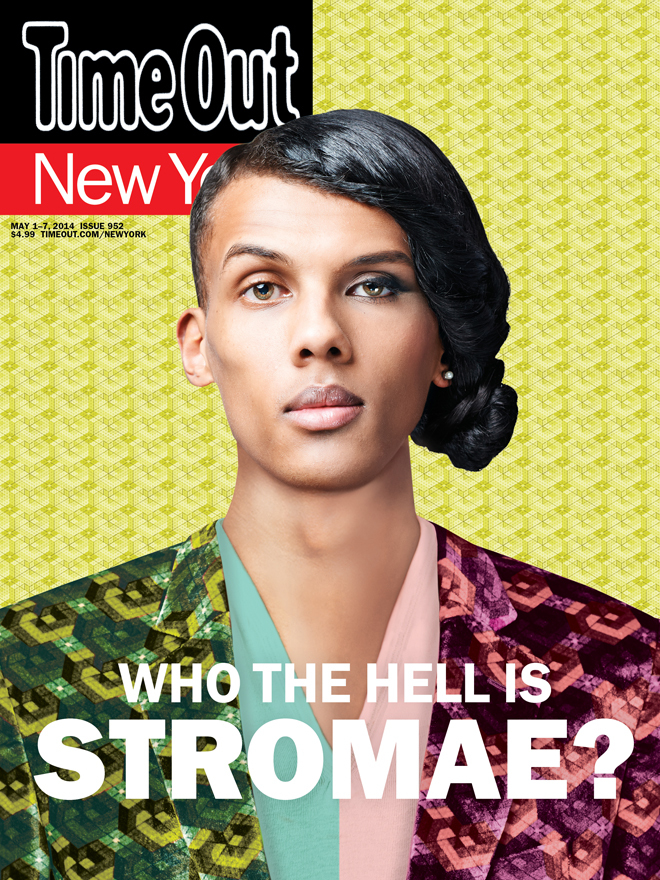 Ask an average New Yorker what they think of Stromae, and they’ll likely say something along the lines of, “Heh? Strom-y? Like pastrami? Wait, what do you need from me? And how did you get into my apartment?”In fact, search on rollingstone.com or Pitchfork for his name and you’ll come up with…zilch. But accost a group of French folks (as I did) and they’ll gush uncontrollably: “Oh my God, I love him. He’s so amazing.”

And they’re not alone: The stylish 29-year-old Brussels singer-songwriter (born Paul Van Haver), who describes his sound as a mix of “hip-hop, dance music, salsa and French folk music,” is fucking huge right now. His sophomore LP, Racine Carrée, went platinum eight times in Belgium, held the No. 1 chart spot for several weeks in countries throughout Europe and sold 1.5 million copies in France alone, including one to former French president Nicolas Sarkozy, an outspoken fan. A possible reason for the overwhelming response: There’s just nobody else like him in popular music right now. His cuts are insanely danceable, bursting with bright electro beats, but his subject matter is anything but light: Stromae (who sings only in French) tackles AIDS, cancer, shitty fathers and other topics usually reserved for emo or country. It’s sad, contemplative music ­that you can’t help but dance to—and that stretches beyond its medium. Many of his songs come packaged in creatively concocted worlds, like his single “Tous les mêmes,” which picks apart gender stereotypes, and for which the androgynous artist created the half-man, half-woman character you see on these pages. (He has other specific looks for other specific songs, and they do not overlap.)

The States are late to the party but finally catching on to the buzz: Kanye West remixed his breakout hit, “Alors on danse” (“I’m a fan of the way Kanye can always cross the line,” he says of their collaboration), and Stromae is gearing up for his first NYC show, a sold-out gig at Best Buy Theater on June 20. (Terminal 5 just announced its own show on September 19.) We caught up with the artist while he was traveling by train and cooked up ten reasons we’re intrigued by Stromae right now—and why you should be too.

His awesome hidden-camera video for “Formidable,” in which he stumbles around the streets of Brussels yelling and acting intoxicated, has nearly 75 million views on YouTube. Seventy-five. Million.
“People thought that I was really drunk in the street. On the Internet [before the video came out], people were like, ‘Have you seen Stromae? Is he okay?’ I was surprised to see that there was so much humanity, actually. During filming, I saw 33 percent ignorance, 33 percent voyeurism, and 33 percent empathy or help. Before shooting the video, I was expecting that people would want me to be that drunk, really sad. Actually, nobody wanted me to be like that. They were so supportive.”

President Obama owns his album.
“The prime minister in Belgium gave our album to Barack Obama. I was really surprised that he decided to give a CD of us. Is he into music? I’m not sure if he has the time to listen to this. [Laughs]”

He thinks “love is like Twitter.”
“In the opera Carmen [composer Georges Bizet] compares a bird to love. In my remix of it, I’m comparing love to the blue bird of Twitter. Like, you fall in love only for 48 hours or something, and I talk about that in my song.  I’m not so radical about Twitter, but I think it’s sometimes dangerous if you think that Twitter is real life.”
He hates being a celebrity.
“I think that people here are able to understand that I don’t want to be bothered. People recognize you, yes, but nobody’s crazy, nobody’s screaming. It’s really quiet. And maybe that’s why I love Brussels. Because it’s a boring city, and I’m proud of this city because it’s boring.”

He thinks art is, essentially, shit.
“Before music there was just art, and actually art is just bullshit. It’s so useless, you know?  And next to a father, next to a baker, next to necessary jobs, you see that art isn’t really a necessity. That was a big lesson for me.”

He adores Wes Anderson. (And he looks like he could be a character from one of his movies—in the best way.)
“I love how Wes Anderson shows what nonperfect people we are. Nobody is perfect in his stories. The shots are really perfect and symmetric, but nothing is perfect in the story, you know?”

He scoffs at his burgeoning “voice of a generation” reputation.
“I’m not so pretentious. I’m pretentious of course to sing in front of so many people like that, but not in this way. I don’t want to be a voice of a generation. I’m almost 30 and I’m just singing, that’s all.  But sometimes you can think that maybe you are becoming like a genius or something, and it’s dangerous. But actually, you are just like everybody else, just trying to tell stories and that’s all. And this time, you have the attention and the support of the people, but maybe the next time you won’t have this kind of vision that people understand or want to listen to.” 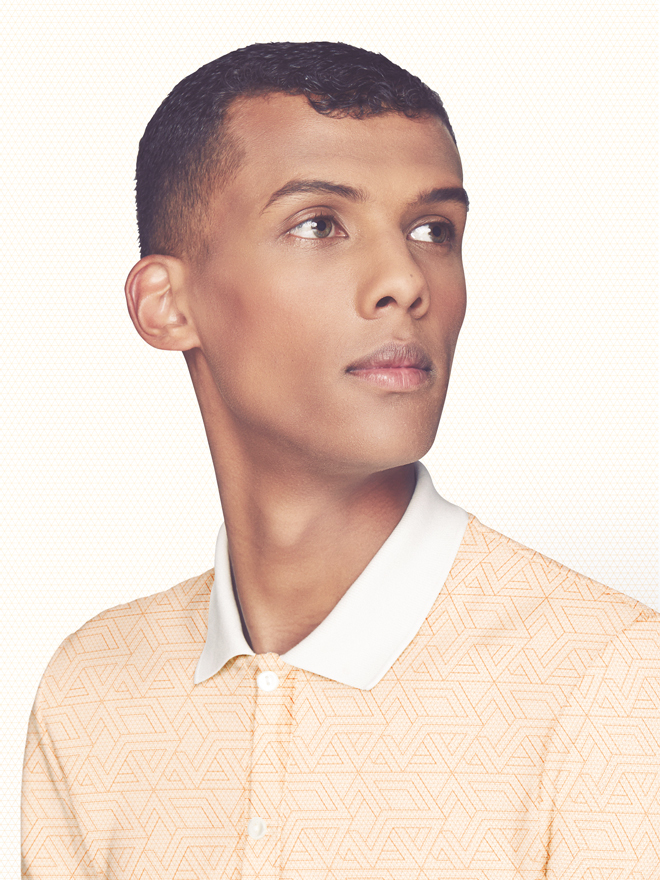