Advertising
Having revolutionized comic-book narratives with the Sandman series and enchanted a generation of fantasy readers with the chilling wonderscapes of Coraline and The Graveyard Book, there’s very little ground—psychic or physical—that Neil Gaiman hasn’t traversed. However, live performance is territory yet unmapped by this prolific, category-defying author. Sure, he occasionally takes the stage with his rock-star wife, Amanda Palmer, on tour, but generally, his writing stays on the page. On Friday 27 for one night only at Carnegie Hall, Gaiman will combine his mesmerizing reading skills with a classical string quartet and projected images by comic-book royalty Eddie Campbell (From Hell). We caught up with the indefatigable writer, tweeter and raconteur at the Crosby Street Hotel to talk about his foray onto the stage with The Truth Is a Cave in the Black Mountains.

You’ve worked in many modes: fiction, graphic novel, audio drama, screenplay. But the stage—I mean playwriting—is not so prominent in your CV.
That’s definitely the place I have not yet gone. Hypothetically speaking, if you were in an office at the Public Theater at 4 o’clock this coming Thursday, you might notice me sitting,having conversations with [Public Theater artistic director] Oskar Eustis, as well as a well-known songwriter and a director, about a project that we may—hypothetically—be doing. So it’s not out of the realm of possibility, and it’s something I’m very aware that I still have to do.

So with the string quartet and the projections, you’re definitely in multimedia territory here. How did this project come about?
I was approached by Sydney Opera House, saying, “Is there something you’d like to do on our stage?” So I took the story—which at the time had never been read or seen or published—and handed it over to a string quartet and told them to have fun with it. Then I went over there [in 2010] and read it. I’ve never read the story through without a string quartet playing, which is a peculiar kind of thing.

Where do you call home?
In my head, I still live in the Midwest, the house I had since 1992. But I’ve now got a house in upstate New York, which is convenient for [teaching at] Bard.

Would you ever move to the city?
Yeah, absolutely. My wife, lovely Amanda Palmer, is convinced that the only way to true happiness is to live in New York City. That is her goal in life. I’m sure one day I’ll be sucked in. So yeah, I’ll become a local. I have no choice in the matter.

Speaking of Amanda, what’s the best and worst thing about being married to a rock star?
In a weird way, the best and worst thing is the same: They’re gone a lot. When we’re together, we are crap at getting any work done. We plan to get work done, then we talk and talk, then we eat and go for long walks and talk some more until midnight, then we put on an episode of Breaking Bad and go to sleep. We just talk so much. Which is great, except that we both need the time to work. It’s a balancing act. The stuff you’d think would be the downside of being married to a rock star—things like seeing your wife’s face tattooed on people’s backs—I don’t have a problem with. I don’t know of anybody in the universe with my face tattooed on them, thank God, but some of them have my characters tattooed on them, or book covers.

Among fiction authors, you are probably the most prolific on social media: nearly 2 million Twitter followers, constantly tweeting and blogging. Have you slowed down?
I took a social-media holiday this year, from January until the beginning of May, mostly because I began to miss time to be bored in. I’d realized that the biggest problem I had with things like Twitter was that time I used to spend in a cab, staring out of the window, being bored, I would now spend being interested in Twitter and dealing with my feed. That was great, but there was no bored. I missed that. If you’re a creator of fiction, boredom is invaluable. Boredom is the place you create from in self-defense. So I took a holiday to get my boredom back.

You tend to be labeled an escapist or fantasy writer. Is there a sprawling, naturalistic social novel in you?
I don’t look at One Hundred Years of Solitude and go, “That would be so much better a book if he’d just left out all the magic stuff.” I  also never sit there watching Macbeth thinking, you just need to get rid of these witches and you’d have a hit on your hands. It’s not escapism; it’s escape. For an hour or so, you get to leave someplace that’s intolerable. You go somewhere else. While you’re in this other place, you are being tools, weapons, armor—you’re given knowledge—which you can take back with you to the world you were in, that you can use. That’s worth everything. So do I ever wake up thinking, Why don’t I write a great big, thick realist novel? No. Have I written realist fiction? Sure. The truth is I’m honest enough to admit it’s all still fantasy. I’m telling stories about people who don’t actually exist. I’m making them up. It’s all making up. 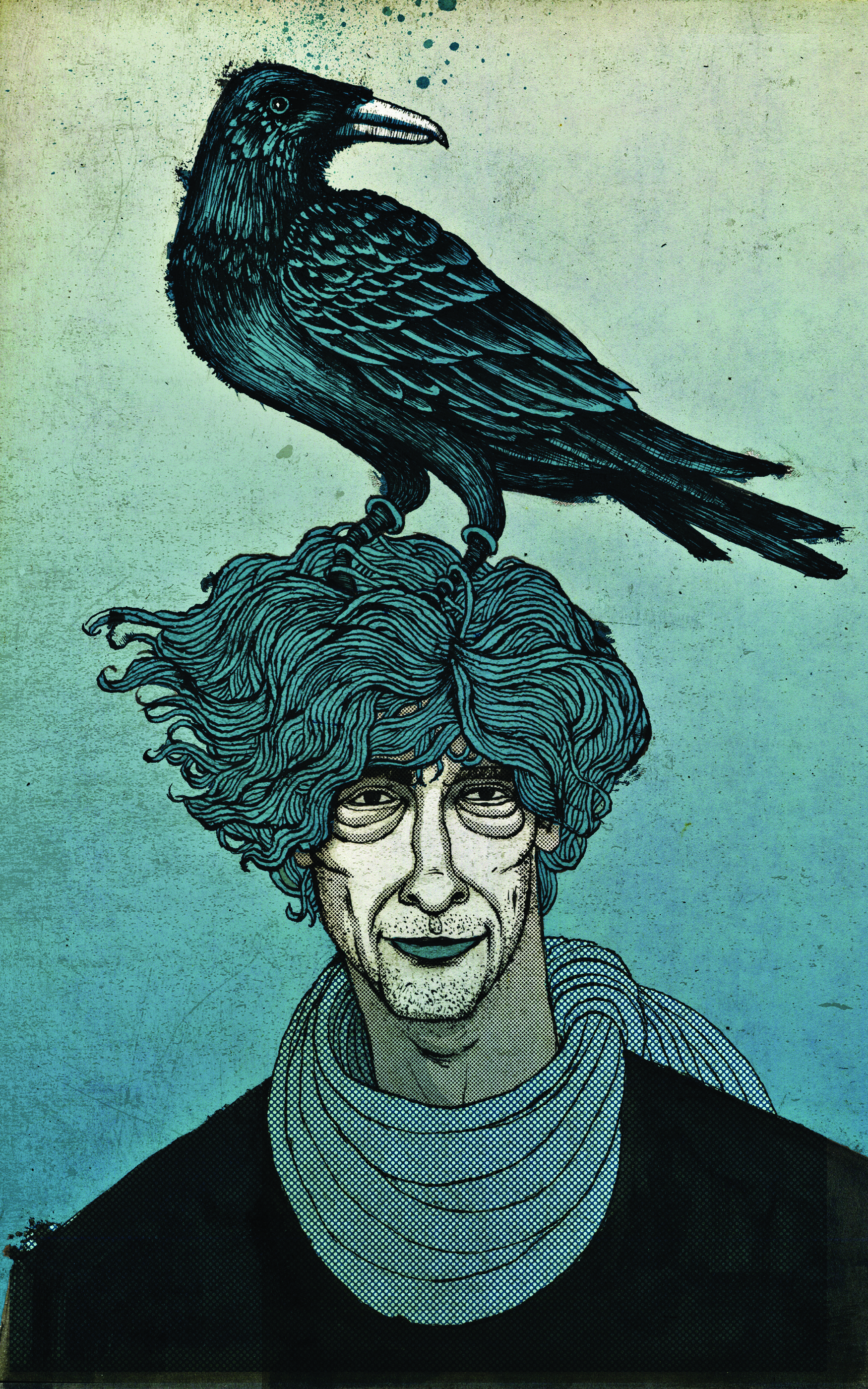 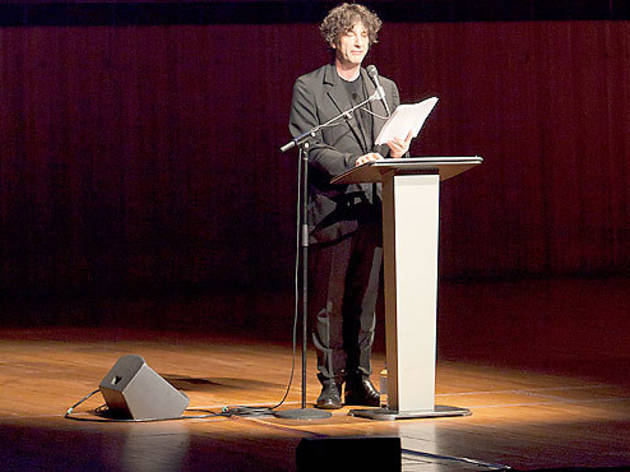 The beloved novelist and comic-book writer returns to NYC with a multimedia presentation sure to wow. Accompanied by the FourPlay String Quartet and projections from illustrator Eddie Campbell, Gaiman will read a novella about "family, the otherworld and a search for hidden treasure."