5 cities that have shaped dance music

From Chicago footwork to Bucharest minimalism, these cities’ electronic music scenes have changed the way we move

Dance music is the sound of cities. Since its earliest days, new genres have emerged from basements, record stores, clubs, streets: anywhere that people have gathered in search of something new. Sounds spread from the underground to the mainstream, from one city to another, out into the wider world – and suddenly, people are dancing to the same tune everywhere.

But even after musical genres have conquered the world, for many they remain symbols of the city where they were born: the spirit of the place, its sense of freedom and fun, progressiveness and multiculturalism.

The link between sounds and cities is one of the many ideas explored in Google’s new ‘Music, Makers and Machines’ platform – a sort of online museum of electronic music. From Chicago footwork and Bucharest minimalism to Tel Aviv’s radical sampling culture, here are excerpts from those pieces on five cities that have changed the course of dance music – and helped their native sounds go global.

RECOMMENDED: The 11 best (and cheapest) nightlife cities in the world

Cities that shaped the history of dance music 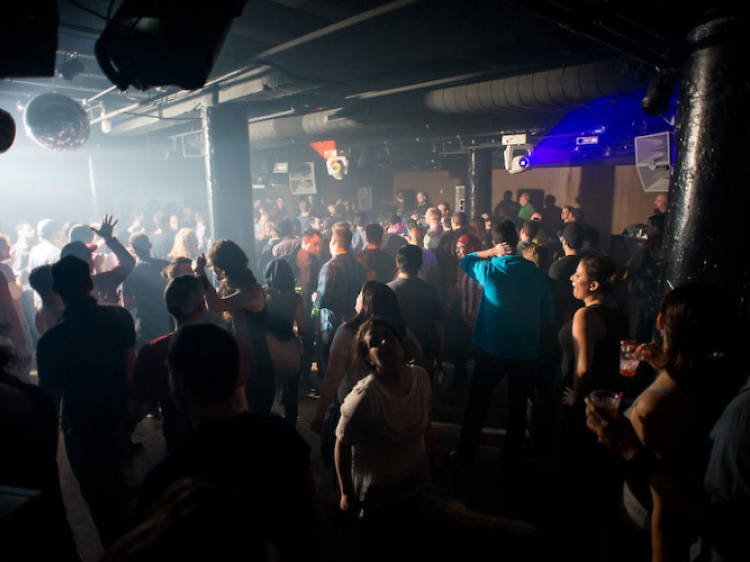 No one knows exactly who invented house music, but Chicago is widely regarded as its birthplace. In the early ’80s, young club DJs such as Frankie Knuckles experimented with electronic music from Europe, developing a new sound driven by repetitive 4/4 rhythms and marked out by drum machines like the Roland 808. Defining tracks such as Marshall Jefferson’s ‘Move Your Body’ and Mr. Fingers’s ‘Can You Feel It’ came out on labels like Trax Records.

In the ’90s, house became noisier, funkier, raunchier – and faster. It evolved from dance mania to ghetto house to juke and eventually to footwork. This upbeat – 150bpm and more – hybrid of hip hop and ghetto house is now a permanent part of the city’s musical story: not least because footwork parties are often combined with dance battles, where you’ll be left open-mouthed at the speed and agility of the dancers. RP Boo, DJ Rashad and Jlin are among the most lauded exponents of this exhilarating sound.

Read more about the footwork scene in Chicago. 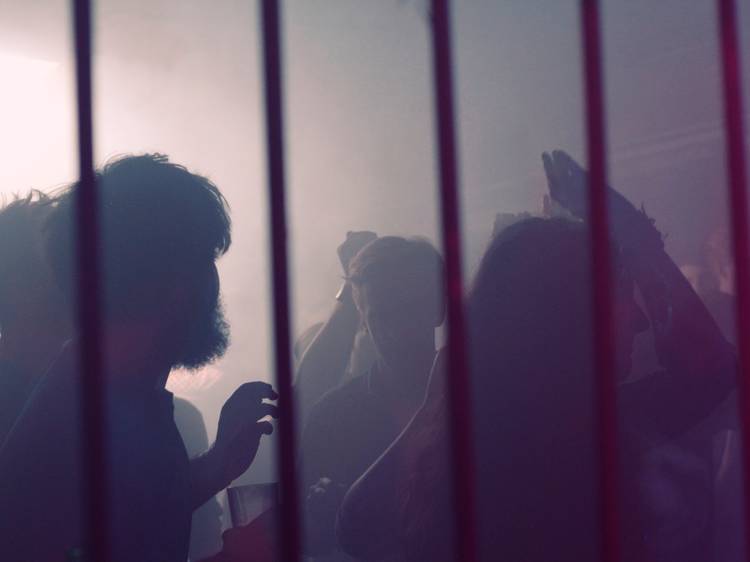 Nowhere is the dynamism that can develop in the absence of closing time more clearly seen than in the club culture that has been the hearting heart of Berlin since the Wall came down. This absence is an essential element in Berlin’s image of itself as a place where freedom is a way of life.

It all stems back to a war-era curfew that was abolished in both the East and West in 1949, and which was amplified by another historic and politically unique situation exactly 40 years year. In the eastern part of the city there were unused spaces and buildings everywhere, just waiting to be filled with new life.

The fact that the city’s municipal authorities and administrative offices took years to reorganise themselves after the Big Bang of reunification played into the hands of a whole generation of creatives, ravers and artists. It enabled a unique club and cultural landscape to develop that has, more than ever, become an important part of Berlin’s identity.

In recent years, the arguments about closing time have been flaring up again, and it seems the era of unconstrained inner-city partying could soon be over. But cities looking to rebrand themselves as dance music-friendly still look to Berlin as a shining example of what can be possible when freedom comes before all else.

Read more about the club scene in Berlin. 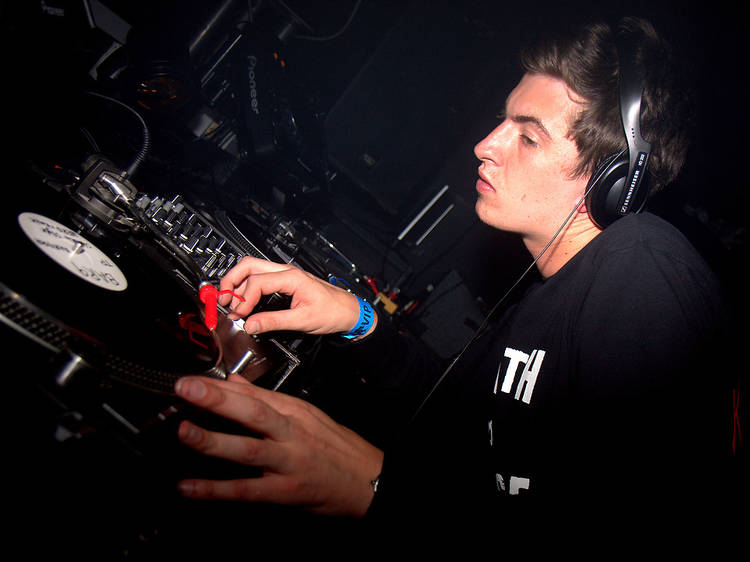 Dubstep may now be established in every corner of the globe, but the scene has its humble beginnings in tiny London clubs with heavy sound systems. A key place in the genre’s history is South London’s Croydon area; specifically, Big Apple Records, a small underground dance music shop with a banana skin logo. The first few releases of Big Apple’s label, which debuted with Artwork’s ‘Red’ in 2002, show how garage grew darker and more experimental, eventually reaching a place where you might call it dubstep.

Horsepower Productions’ use of flutes, percussion and bird-calls, often sampled from cult movies, was crucial in this. This London duo’s work resulted in a style, as heard in Hatcha’s ‘Dubstep Allstars Vol. 1’, that came to define dubstep’s earliest years. Other young regulars at Big Apple were names now considered stalwarts of the genre: Plastician, Skream & Benga, N-Type and Walsh, Chef, Distance, Mala & Coki (Digital Mystikz), Loefah & Sgt. Pokes and Kromestar.

The first regular night to house the burgeoning sound was the weekly Forward>>, started in 2001 by Tempa and Sarah Lockhart. It later moved to Plastic People, a smoky 200-capacity basement with a weighty sound system and pitch-black dance floor. By 2005, dubstep was being transmitted across London’s airwaves on Geeneus and Slimzee’s pirate station Rinse FM. Meanwhile, back on the ground, labels and nights like Hotflush, DMZ, Skull Disco and Reflex were opening up the genre even further.

Kode9’s Hyperdub label quickly became known for its genre-defying roster and conceptual approach. Representing producers like The Bug, Darkstar, Ikonika, Cooly G, Martyn, L.V. and Scratcha DVA, the label is also responsible for introducing the world to Burial. His 2007 album ‘Untrue’ really shook things up. Characterised by irregular beats, video game samples, crackle sounds and androgynous vocals, it earned him a Mercury Prize nomination and influenced an entire generation of artists, many of whom are linked with the term ‘post-dubstep’.

Now often associated with the heavier, faster and metallic styles of artists like Rusko and Skrillex, the influence of dubstep can be heard widely throughout dance music and pop culture.

Read more about the dubstep scene in London. 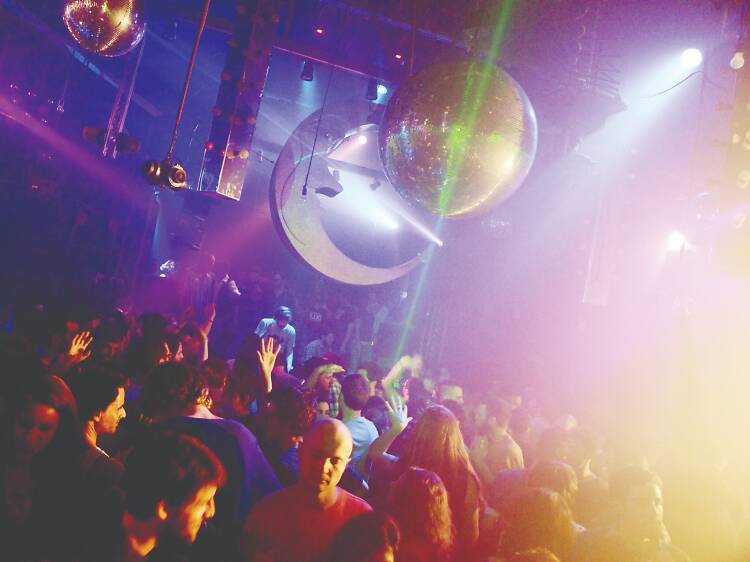 Tel Aviv has always kept itself apart from the mainstream. Club music developed a bit later here than elsewhere: it wasn’t until the early 2000s that legit scene structures began to emerge. Trance held sway for a little while, but soon a bold and uniquely Tel Aviv hybrid genre came into existence.

To start with, much of the scene was centred on the diminutive backroom bar Michatronix (sadly no longer with us), based beneath a cheap hostel. This place changed club music for ever – and not just in this city: electronic sounds were mixed with guitars, percussion and bass, alongside traditional Turkish, Arab and Israeli samples. Now-famous Michatronix regulars included Red Axes, Autarkic and Moscoman. Thanks to labels like Disco Halal and Malka Tuti, this part-analog, part-electronic sound is now popular the world over.

Read more about the club scene in Tel Aviv. 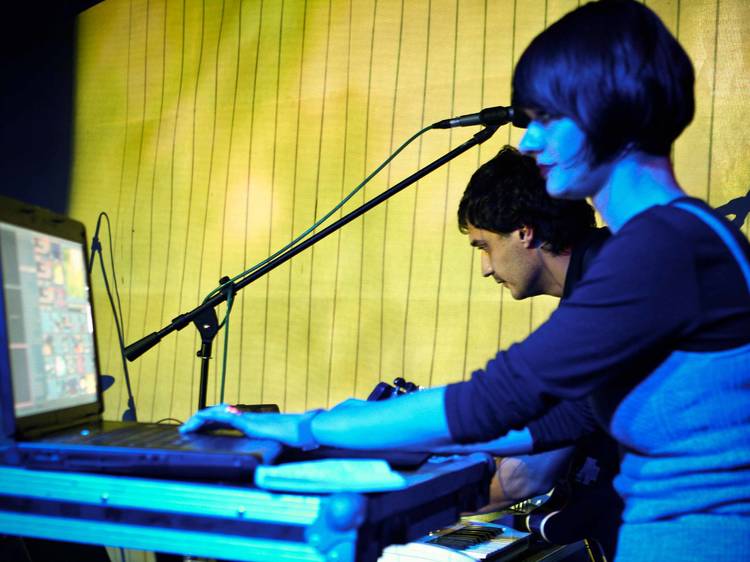 In the late noughties, Romania became associated with a singular and unfamiliar musical style. The so-called ‘Romanian sound’ – or ‘Ro-minimal’ – is distinguishable for its focus on loops and novel sequences of rhythms. Each track is long, hypnotic and often bereft of melody.

A few years previously, a small community of Romanian DJs had begun to experiment with styles after peer-to-peer file-sharing networks allowed greater access to international music. DJs Rhadoo and Pedro had also been spending their summers in Ibiza, and brought back bags of minimal techno records to play in clubs. Frustrated at a lack of material coming out of their home country, they and others began to make their own.

Lax licensing laws meant parties in Romania could last for more than 48 hours, with DJs each hitting the decks for five or six hours each. Sonic arcs of this length didn’t lend themselves to explosive moments; instead they provided DJs with the time to build up narratives slowly. So a small yet inspired vanguard of pioneers, including Pedro, Rhadoo, Cezar, Kozo and Pralea, began to replicate the minimal sounds then in vogue on Ibiza in their studios and putting out releases on the Sunrise label (now also a huge summer festival).

Their music is almost never released digitally. Instead it is rolled out on vinyl, and only for a limited pressing. That guarantees an audience – often the only way to hear this music is to experience these artists performing live. Underground DJs all over the world now take the ‘Bucharest approach’.

Read more about the club scene in Bucharest.