A rare musical convergence occurred in Ardmore last night when Philly-based folk-rock extraordinaire Wesley Stace (and his crack backing band the English UK) joined forces with the talented Juliana Hatfield. An intimate crowd soaked up the pairing at Ardmore Music Hall. Here are some photos and highlights of the night.

With his backing band, the English UK, filling in the rhythms and expanding the rock palette, Stace took the audience on a trek of whimsy and ruminations. Opening with catchy oddity “Making Love to Bob Dylan,” Stace and guitarist David Nagler, bassist Eddie Carlson and drummer Patrick Berkery exemplified a tight-knit chemistry.

Hatfield stunned with virtuoso guitar and a rich lyric/vocal combo. Though only playing two songs from her masterful 2017 LP Pussycat, Hatfield has such a storied career she can easily pluck great songs from throughout. The best one-two punch came in her acoustic performance of “Choose Drugs” and “I Wanna Be Your Disease.”

3. There were Olivia Newton-John covers!

Playing with Stace extended Hatfield’s musical sound, making it even more rocking, more devastating. Stace was game for some banter about how Hatfield and him met while the band dynamic yielded the night’s most unexpected treat: not one but two (two!) Olivia Newton-John covers. Hatfield has been working on a covers album inspired by the Aussie pop princess, and she shared vibrant reinventions of 70s and 80s Newton-John hits “Have You Never Been Mellow” and the peppy, rock-fueled “Physical.”

4. It was a unique treat not be repeated any time soon

This show happened because of two New York-based Cabinet of Wonders shows Stace was doing with Hatfield. Hence, this is a one-off kind of show that one could only hope to see repeated again. The finale, a teaming up between Hatfield and Stace on the former’s masterpiece “My Sister,” took the song to new sonic territory, and left the audience yearning for more pairings between these two. Fingers crossed! 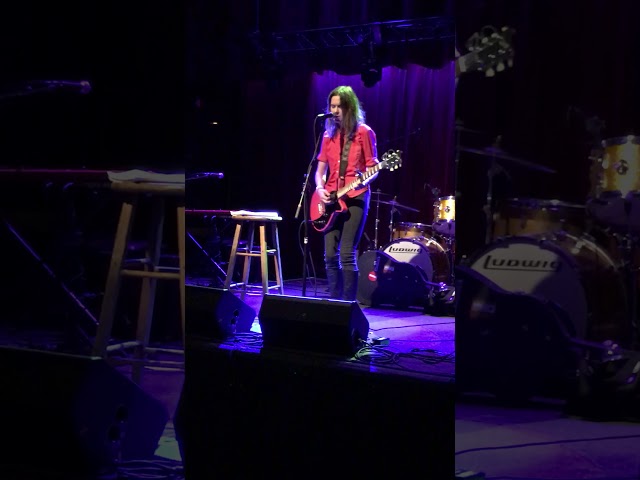 Chris is a concert photographer and music critic for Time Out Philadelphia.