John Hickey is a stand up comedian and writer from Chicago who now resides on the West Coast. He can be seen performing at Cobbs Comedy Club in San Francisco and Zanies Comedy Clubs in Chicago. His work has been published in the Chicago Tribune and recently he was a part of SF Sketchfest 2015. Check out his work at johnhickeycomedy.com and follow him on Twitter @johnnyjhickey. 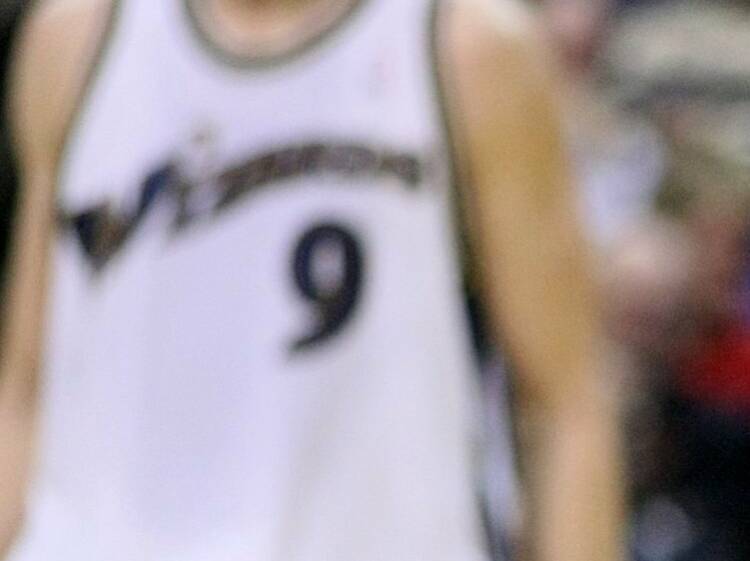 Chicago has a long history of strange sports injuries. From Carlos Zambrano taking some time off for "excessive computer use" to Corey Crawford breaking his foot after tumbling down a set of stairs at a Rise Against concert, it sometimes feels like the sports gods really, really hate Chicago. But if you were to pull some of the excuses that Chicago's athletes use at your average ol' nine-to-five, you'd sound like a complete lunatic. Here are seven examples.  Date: Monday, May 17, 2004 Athlete: Sammy Sosa, Chicago Cubs Injury: “Aggressive sneeze” Result: Strained lower back You’d think with all the PEDs Slammin’ Sammy was taking his body would be able to withstand the force of a violent sneeze. I get it, though. The year before your team was five outs away from its first World Series appearance in almost 60 years, you might as well take a few days off early in the season to drink Pepsi, eat McDonald's and dye your skin a different shade. Date: Saturday, May 14, 2005 Athlete: Carlos Zambrano, Chicago Cubs Injury: “Excessive computer use” Result: Right elbow soreness I hate when my arm is sore after sitting at the computer for too long. Date: Monday, March 10, 2008 Athlete: Felix Pie, Chicago Cubs Injury:  “Twisted testicle” Result: … Thoughts and prayers my man, T’s and P’s. Date: Monday, December 8, 2008 Athlete: Derrick Rose, Chicago Bulls Injury: “Slicing an apple” Result: Arm laceration To be honest, when I heard this happened during Derrick’s rookie season—a period w

9 biggest differences between the Midwest and the West Coast

About two years ago, I made the jump from the Midwest to the West Coast. I was in pursuit of a new career, comedy and warmer climates. While I don’t consider myself an expert, I do like to give the illusion that I am. Below are some of the major differences between the Left Coast and the Midwest. 1. Microclimates: Do you even microclimate, bro? In NorCal, you can go surfing and downhill skiing in the same day. You can start in Big Sur where it’s 80 outside, drive through the Bay where it’s cloudy and 60 and end your night in a cabin in Tahoe where it’s damn near freezing. Not freezing like Midwest take-off-your-helmet-in-the-middle-of-outer-space freezing, but still cold. 2. Tourists: California tourists like to wear a shirt that's very much like the "I Heart New York" shirt. The shirt says CALI FOR NIA across the front and in the middle there’s a picture of the state bear. For the first six weeks I lived here, I thought that shirt said “Cali for Nia”, and Nia was the name of the bear (who must've been dying of cancer or something). I thought maybe a forest ranger hit Nia with his truck and the whole state was rallying around Nia because somebody started a GoFundMe page. Donate $25, get a free CALI FOR NIA tee shirt. 3. Weight: The first time I went back to Chicago for the holidays, I stopped at some soulless chain restaurant with my family on our way home from my little brother’s basketball game. The type of place where they load your cocktails up with a few extra tablespoo