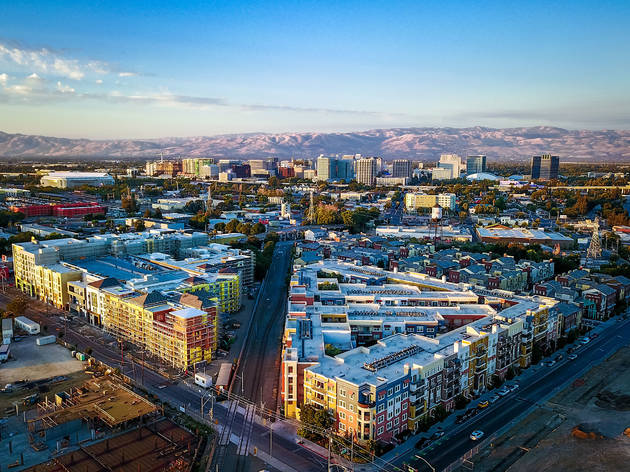 The ultimate guide to San Jose

The best of San Jose 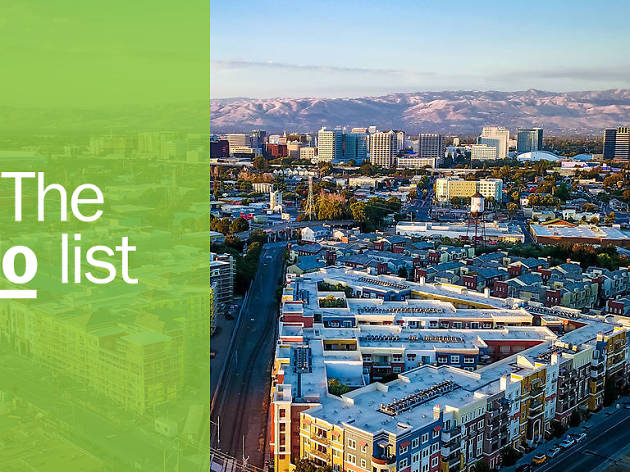 The 18 best things to do in San Jose

The best things to do in San Jose deserve a spot on your Bay Area bucket list. No longer the mousy step-sister to San Francisco, San Jose is finally moving into a spotlight of its own as the unofficial capital of Silicon Valley. Just like its diverse population whose roots stretch from Latin America to Asia, San Jose is a diverse collection of historic places, outdoor adventures, scientific innovation, great restaurants (the Mexican restaurants in San Jose are especially great) and oddball institutions. Downtown San Jose and the South of First (SoFa) districts are the fastest growing neighborhoods for eateries, bars and breweries and also the center of San Jose’s arts scene. Elsewhere in town you’ll find can’t miss gems like the famous Winchester Mystery House, the Rosicrucian Egyptian Museum and the NASA Ames Research Center. Staying for awhile? Book a room in one of these San Jose hotels.  Done something on this list and loved it? Share it with the hashtag #TimeOutDoList and tag @TimeOutEverywhere. Find out more about how Time Out selects the very best things to do all over the world. 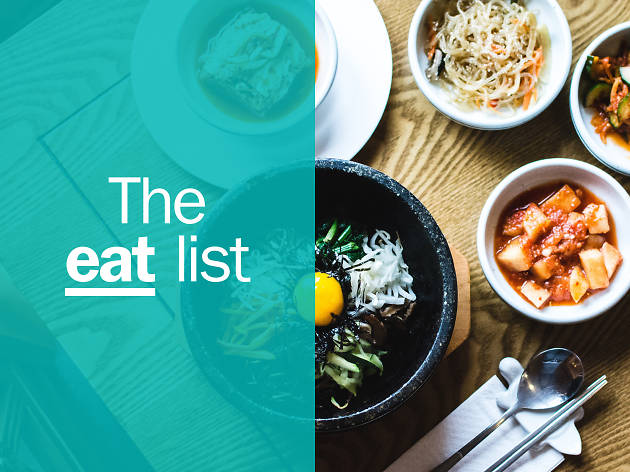 The 10 best restaurants in San Jose

It's time to take a trip to San Jose, if only to eat. The capital of Silicon Valley is full of stellar taquerias, family-run Greek spots, and even a Michelin star or two. In fact, The best restaurants in San Jose run the gamut from Mexican restaurants and Asian noodle houses to Portuguese and Austrian fine dining. Head to Downtown San Jose or the South of First (SoFa) district—the fastest growing neighborhoods for eateries, bars and breweries and also San Jose’s arts scene—to find some of the best eats and things to do in San Jose. All that walking is sure to make you hungry.  RECOMMENDED: The best things to do in San Jose 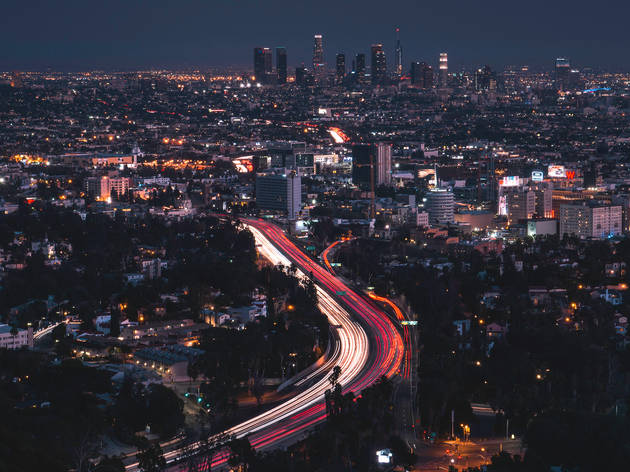 The best ways to get from San Jose to Los Angeles 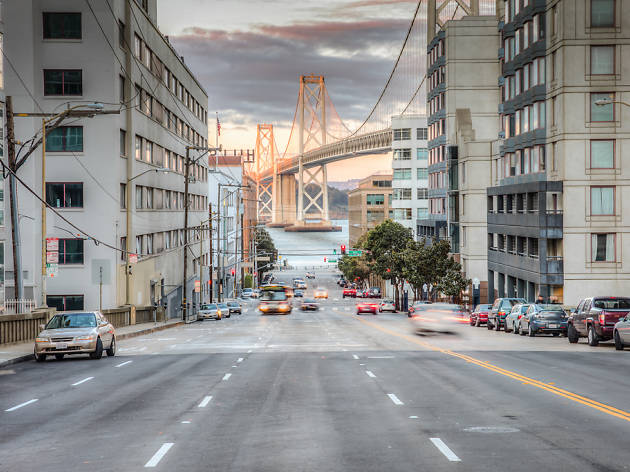 The best ways to get from San Jose to San Francisco 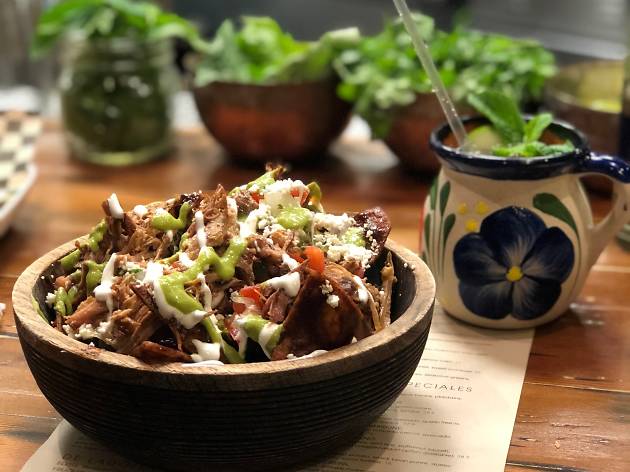 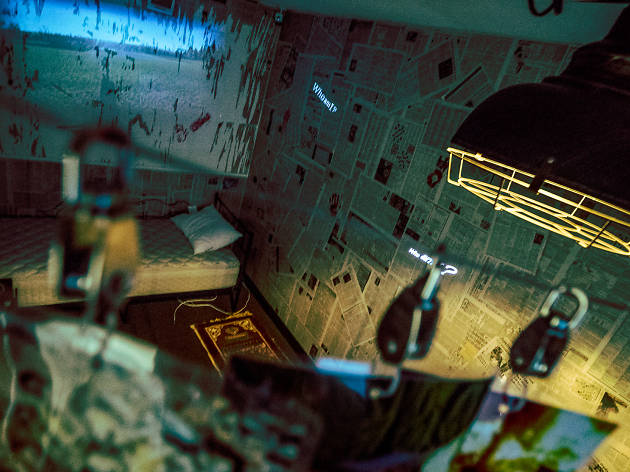 Since arriving in the United States less than a decade ago, escape rooms have reshaped entertainment in the Bay Area. Combining complex plot lines and evocative decor, these experiences test your problem-solving skills and creativity by locking you and your closest friends inside a room. Solve the puzzles in the time-allotted (typically 60-120 minutes) and you win your freedom. There are now quite a few escape rooms in downtown San Jose alone (not to mention several more escape rooms in San Francisco), from uber-immersive adventure rooms to kid friendly versions, to test your skills. Off The Couch even has upcoming rooms set inside the videogame world of Assassin’s Creed. Whether you’re looking for a clever date idea, a party plan, or something to do on a Wednesday night after dinner at a restaurant in San Jose, the ten best escape rooms in San Jose will fit the bill. RECOMMENDED: The best things to do in San Jose 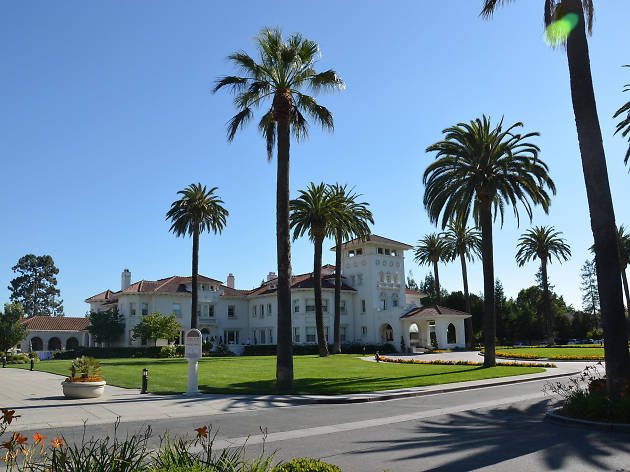 The 10 best hotels in San Jose

For years San Jose was a convention town dominated by behemoth, big-name hotels like Marriot, Westin and Hilton. But now the Silicon Valley hub is slowly beginning to emerge from its fog of reliable but unremarkable corporate lodging to develop a handful of destination hotels and breathe new life into historic properties. As most visitors to the Silicon Valley come either for tech-related business or to experience the Bay Area as a whole, often the best hotels in San Jose aren’t actually located in San Jose proper, but in neighboring towns like Santa Clara and Cupertino or slightly farther afield in charming Los Gatos to the south and Palo Alto to the north. From classic luxury hotels to the Silicon Valley’s only bed and breakfast, our list of the top ten best hotels in San Jose will fit your needs, whatever they may be. RECOMMENDED: The best things to do in San Jose 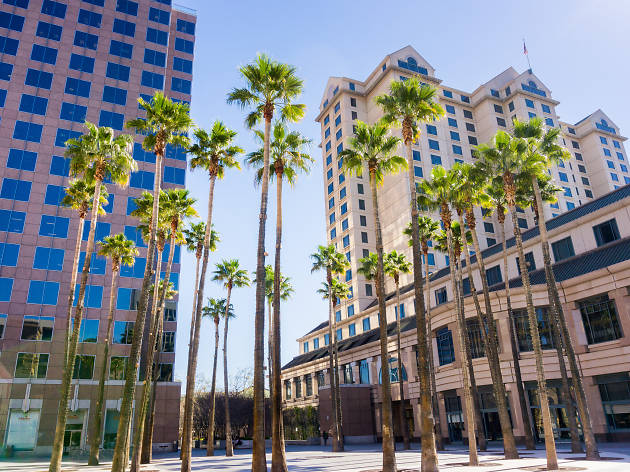 The best things to do in Downtown San Jose

What’s the deal with downtown San Jose? Once an agricultural valley covered in fruit orchards, San Jose, for much of its history, has been something of an afterthought to beautiful San Francisco just 50 miles to the north. Even after the city became the default hub of Silicon Valley in the 1980s and '90s, San Jose was slow to develop a vibrant restaurant and bar scene. But finally, after years of waiting, San Jose is starting to come into its own. Get a taste of the city’s diversity and laid back style on a walk through the hip, street art-laden SoFa District, take in some culture at institutions like the San Jose Museum of Art (especially on free, boozy first Friday nights) or the more edgy Institute of Contemporary Art, or drop in on some of the city’s most famous landmarks like the Winchester Mystery House and the Rosicrucian Egyptian Museum at the fringes of the downtown core.   If you only do one thing Step inside the half-mad architectural mind of Sarah Winchester, heiress to the Winchester rifle fortune, at the Winchester Mystery House. The massive Victorian mansion is simultaneously beautiful and dreadful, with layers upon layers of stairways to nowhere, doors that open to walls, and secret rooms built to confuse the ghosts that haunted the widow Winchester.   Go off the beaten track San Jose is full of its share of the bizarre. Go inside the society of ancient Egyptian-loving alchemists at the Rosicrucian Egyptian Museum; play a lifesize game of Monopoly at the world’s largest gameboard in Discovery Meadow; or sip chocolate malts at a soda fountain surrounded by dozens of vintage player pianos at Orchestria Palm Court.   Stay up late  San Jose nightlife tends more towards breweries and music venues rather than dance clubs and cocktail bars. Order a pint at the industrial Hapa’s Brewery; be player one at Miniboss, multiplayer arcade-bar; sip artisan cocktails at Paper Plane; or catch a local band at The Ritz.   Eat here Dig into mouth-watering cochinita pibil (Yucatecan slow braised pork) at the Michelin Bib Gourmand-winning LUNA Mexican Kitchen or next-level tacos, blue corn enchiladas, and mole Oaxaqueño at intimate Zona Rosa on the Alameda. For a hearty European-style meal, gorge yourself on perfectly grilled brauts, rich jager pommes (fries topped with mushroom gravy and gruyere) and boots of lager in the beer garden at Ludwig’s German Table. Dine in elegance at the rustic-chic Portuguese restaurant Adega or keep things low-key at the order-at-the-counter Back-a-Yard where Caribbean dishes like jerk chicken, curry goat, and the otherworldly Saturday special, ackee and codfish, will blow your mind. Not sure what you’re in the mood for? Head to the San Pedro Market, where everything from Nepalese to Italian fare is at your fingertips.   Drink here San Jose loves its beer and among the best microbreweries in town is Camino Brewing Co., a bright, modern brewery with killer IPAs just off the SoFa District’s main drag. If you’re thirsting for a cocktail, the 1920s-inspired Haberdasher serves up beautifully-crafted throwbacks like sazeracs, mint juleps, and Manhattans. At wine-and-whiskey bar District, choose from a massive selection of bourbon, rye and scotch from around the world. If a dive is more your style, sidle into the tiny, no-frills music venue The Caravan Lounge, or head to the historic Henry’s Hi-Life, a barbeque restaurant with a classic, old-school bar up front.   How to get to downtown San Jose If you’re coming from outside of the South Bay, take Caltrain to the San Jose Diridon Station. For Silicon Valley travel, hop on the VTA Light Rail, which has multiple stops downtown.   What else is nearby?  San Jose is just down the road from Los Gatos and Saratoga, two quaint towns nestled in the foothills of the picturesque wine-producing Santa Cruz Mountains. 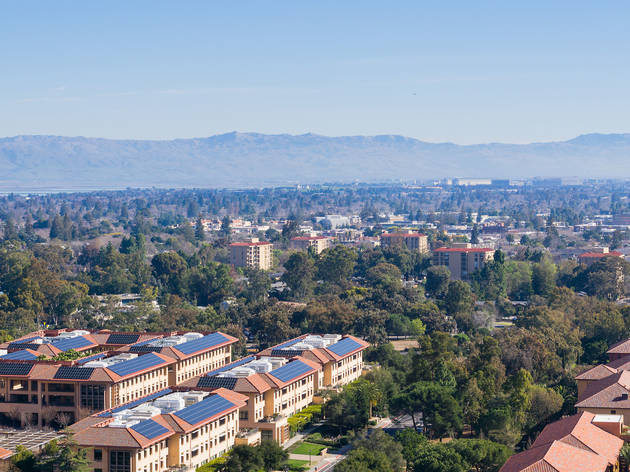 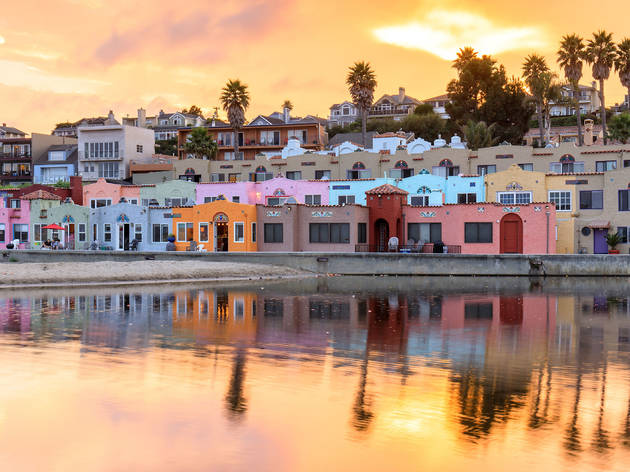 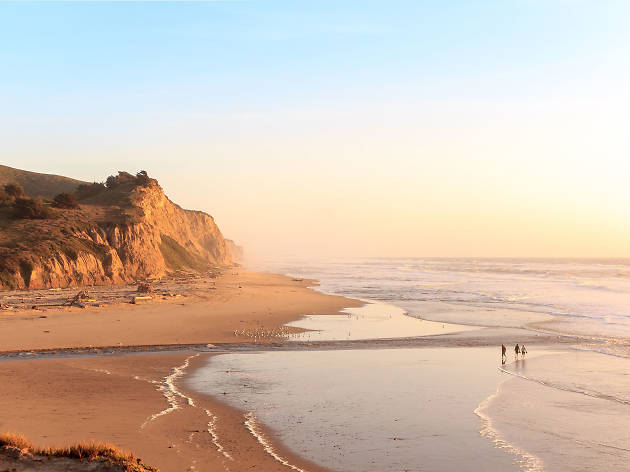 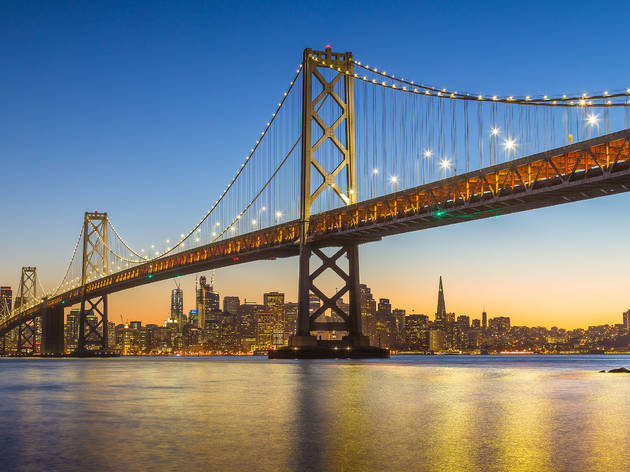 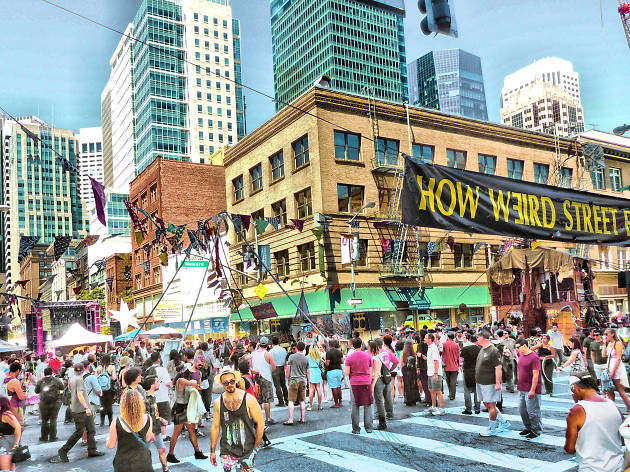 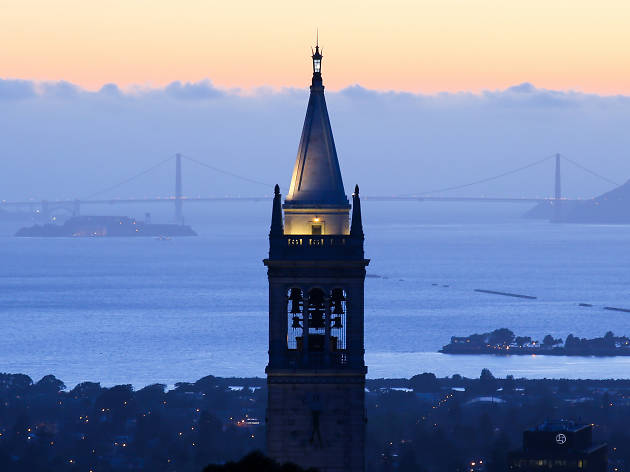 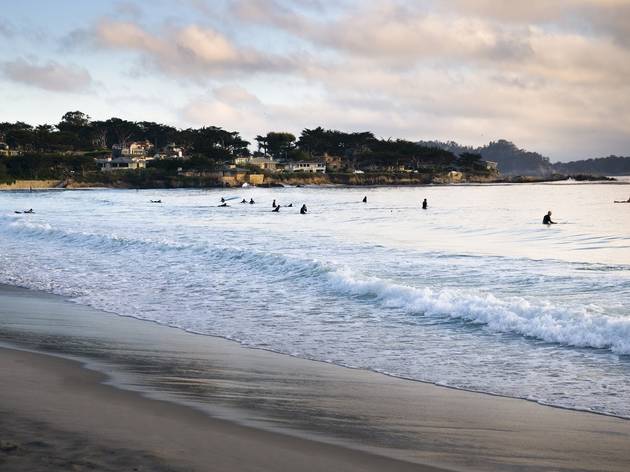 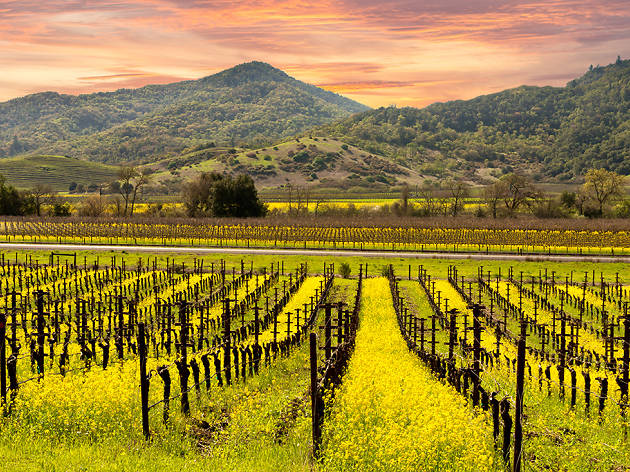 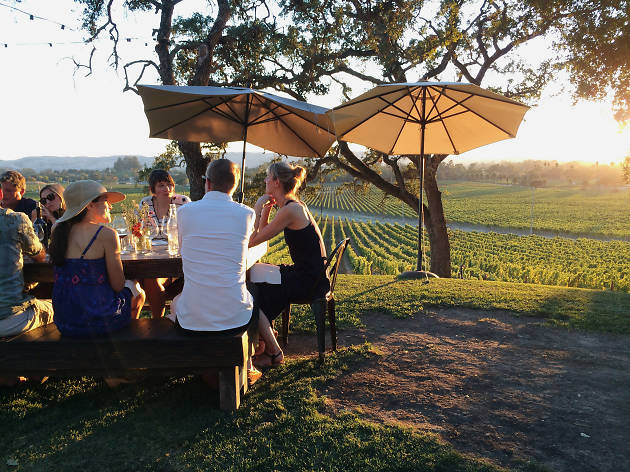 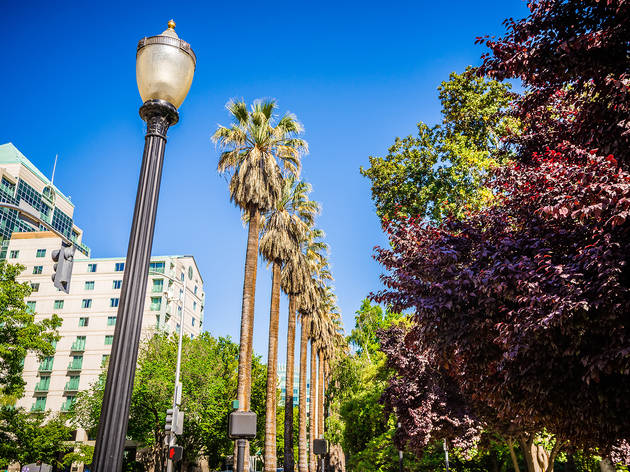 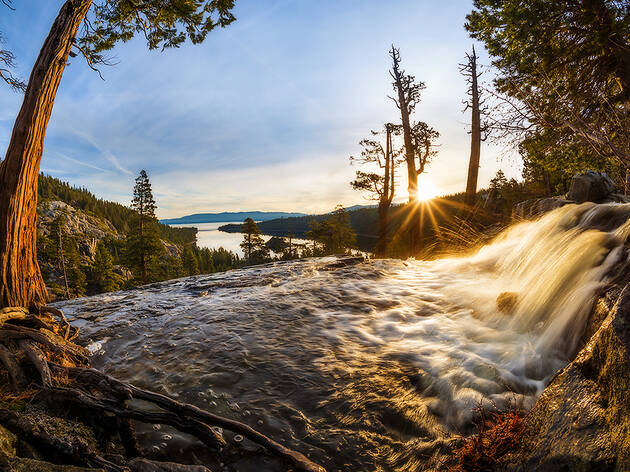